Don't forget your silk stockings on a visit to Inchmarnock! 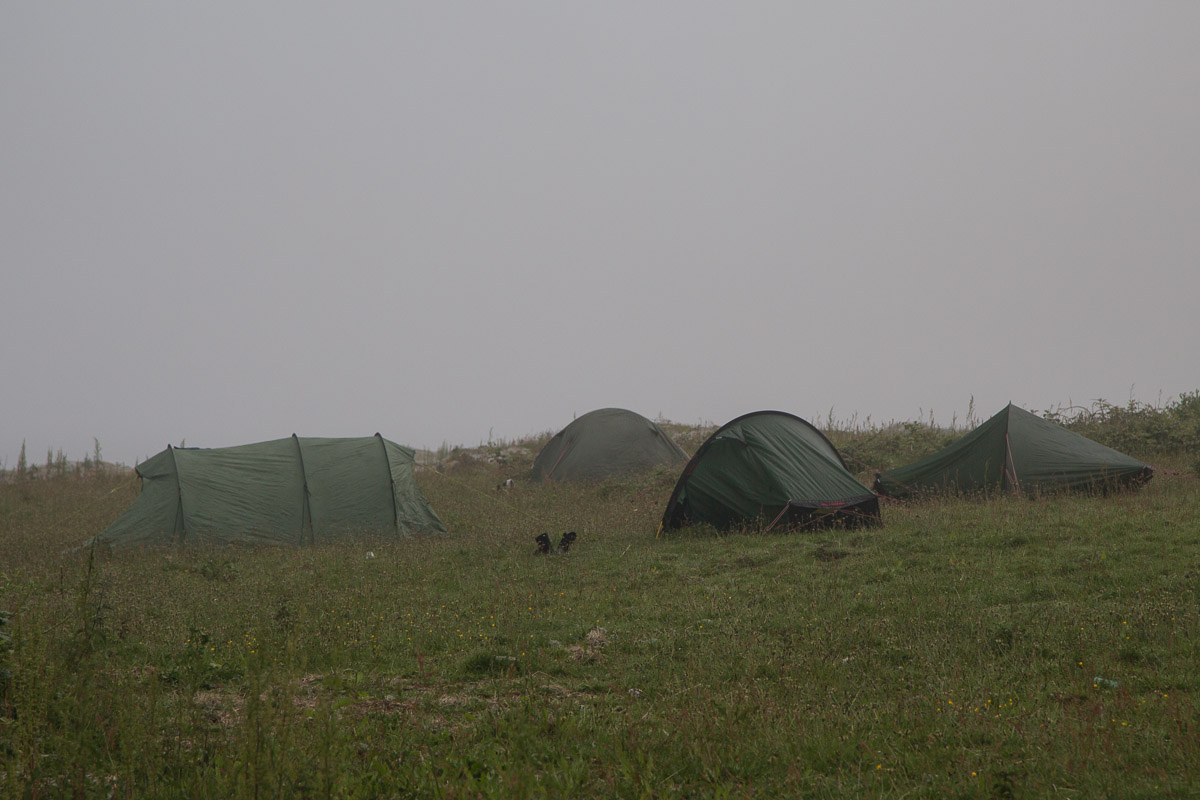 We woke on Inchmarnock to a thick fog which a light wind was blowing in from the sea. 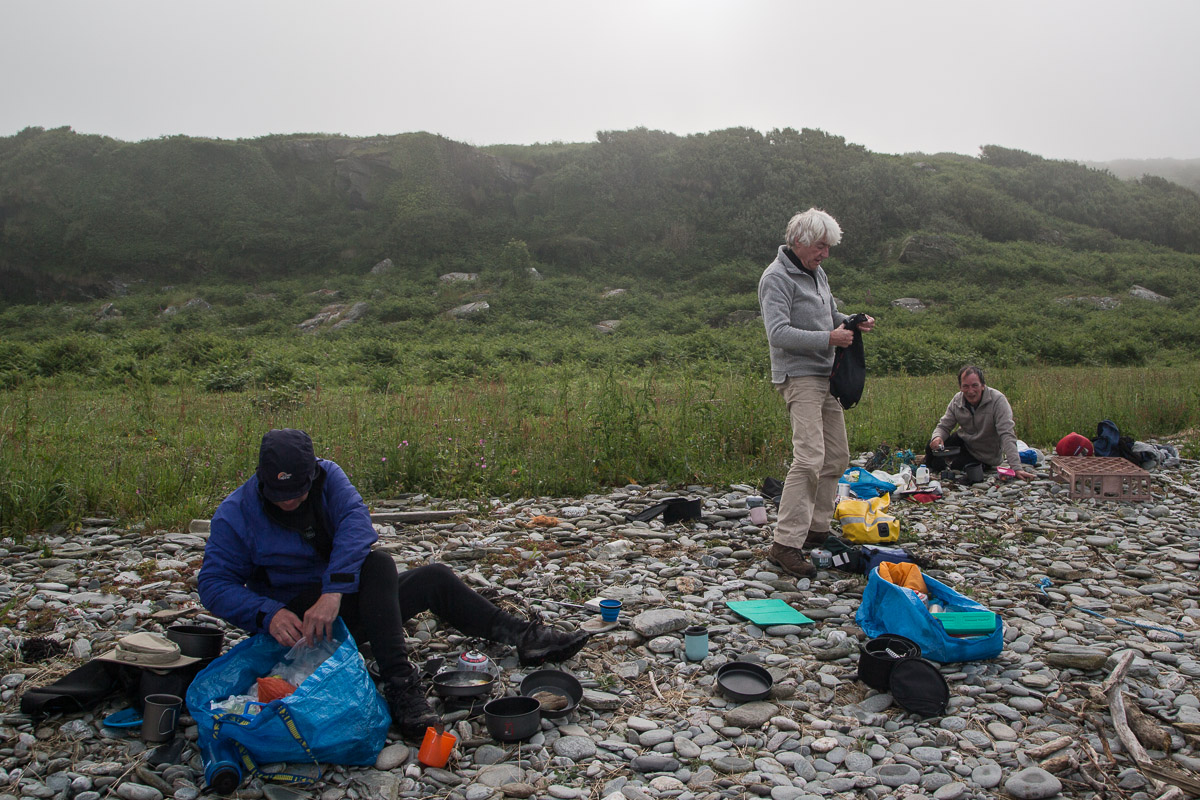 The breeze kept the midges away as we busied ourself preparing first breakfast. 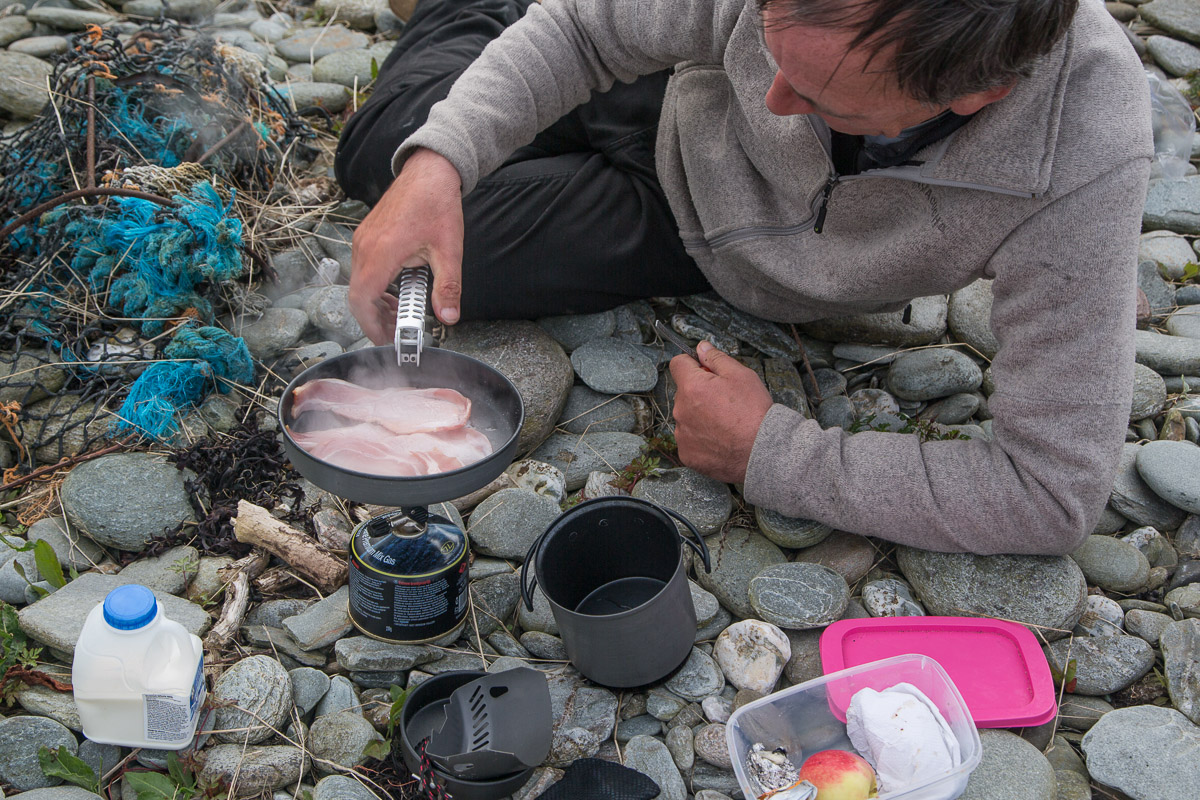 Nothing quite smells like frying bacon but unfortunately the wind dropped and the smell of our cooking attracted a cloud of voracious midges. 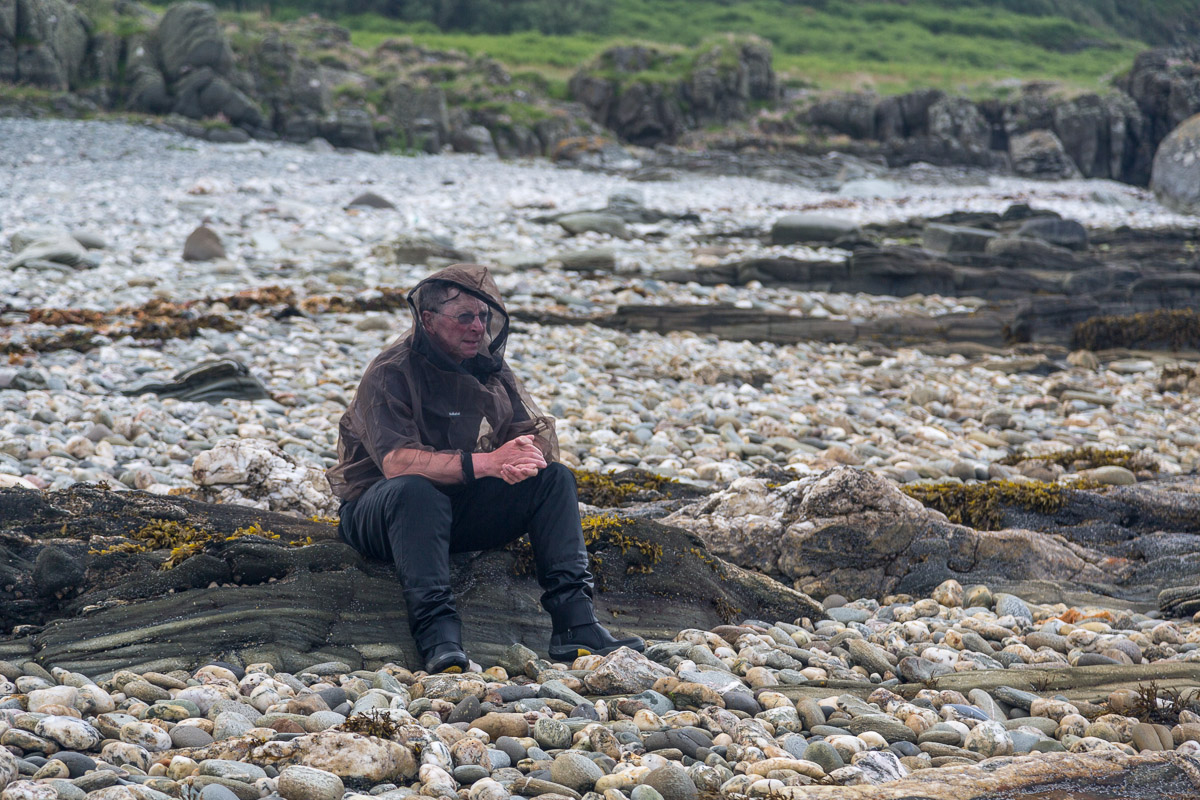 It was time for midge jackets and we escaped to the water's edge to eat our victuals. 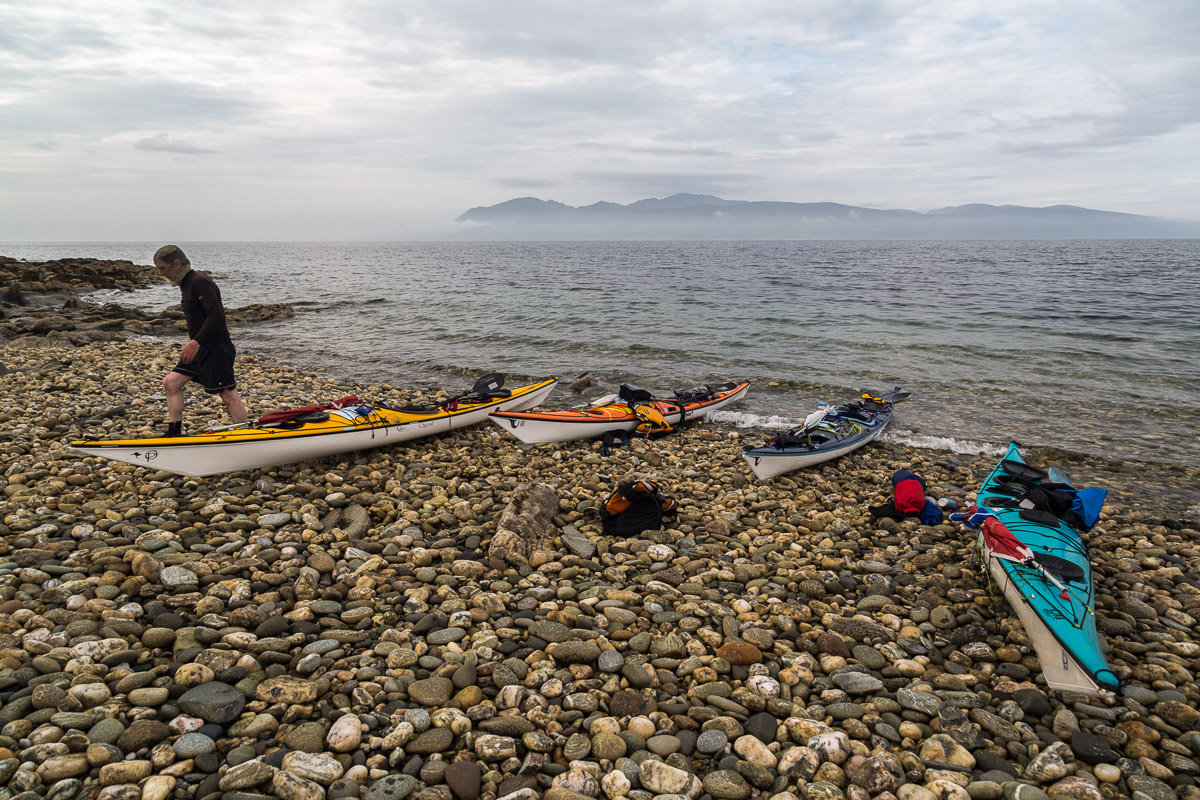 Despite the return of the light breeze, the midge attack continued as we loaded the boats. Phil had remembered his midge hood but had clean forgot his silk stockings. By the time he... 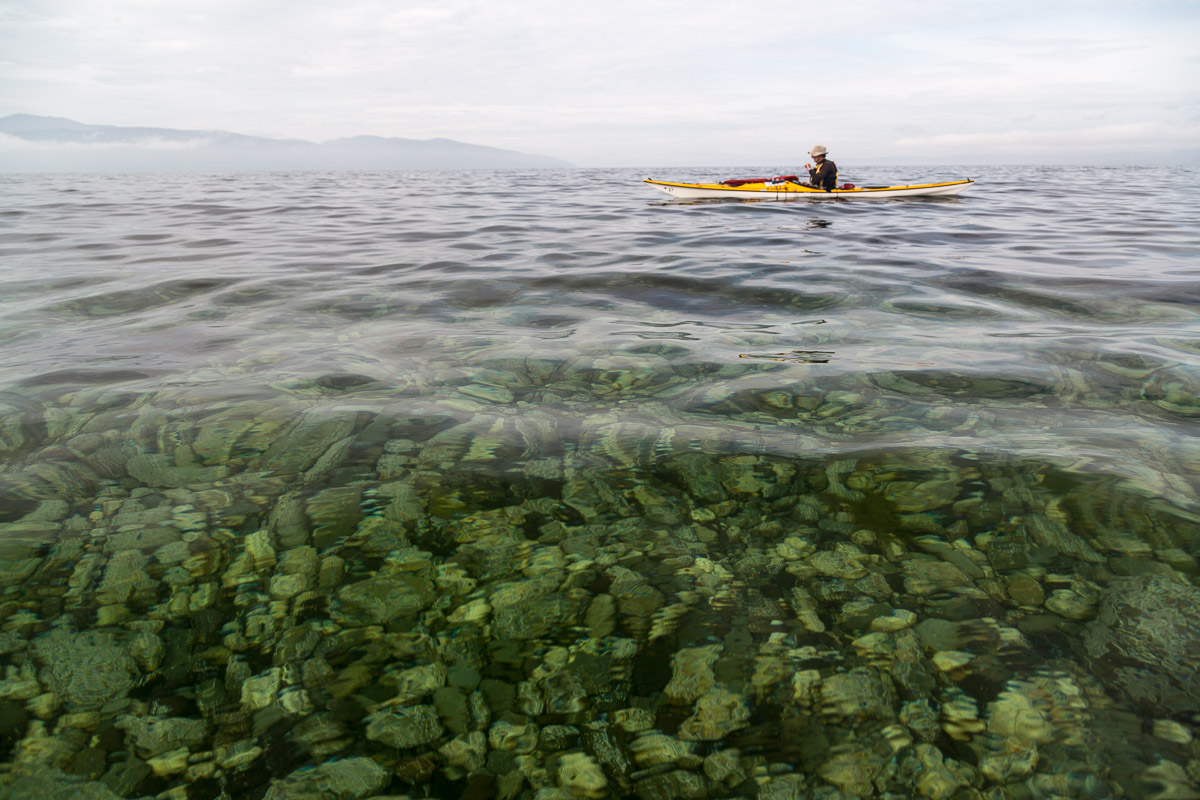 ...got into his boat his legs were more mottled with bites than the bottom of the crystal clear sea. Fortunately wading into the cold sea helped to reduce the irritation of the bites.
Posted by Douglas Wilcox at 9:09 am 2 comments: