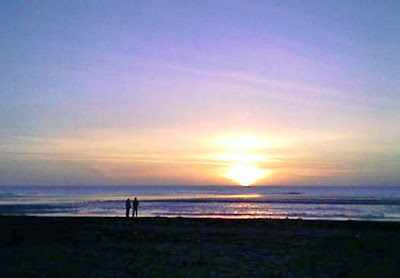 Down at Scott's restaurant in Troon marina for Dad's 80th birthday. He is looking well! What a sunset, followed by moon rise. Forgot camera so this is by email from phone. Arran looked fabulous. Tomorrow?
Posted by Douglas Wilcox at 11:02 pm No comments:

A close encounter of the cetecean kind. 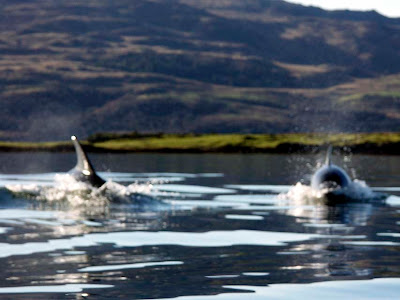 Rob said "you haven't lived until the 6 foot dorsal of a big bull knifes it's way toward you and disappears under your keel, the golden glow of a big yellow eye still visible." Rob I would be scared out of my wits! However, in a small way I have known something akin to your amazing experience. 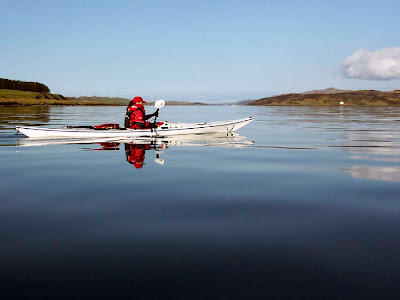 Almost exactly 3 years ago we were paddling round the islands of Luing and Shuna in the Firth of Lorne. As we crossed the Sound of Shuna the wind dropped to nothing, then behind us came a thrashing noise like the paddle steamer Waverley. It was a group of about 30 to 45 bottlenose dolphins. They seemed to be feeding right on the surface as they came round Rubh Aird Luing. We stopped paddling and drifted in the tide. We were lying about 200 metres off their track but as soon as they saw us, all three pods came over for a closer look. 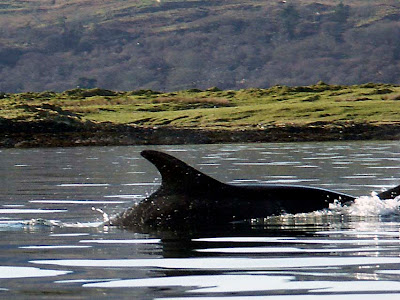 We were surrounded. The females and calves circled round on the outside, then the adolescents, then two large alpha males ignored my daughter Jennifer and came for me at high speed on the surface. Mature males weigh about 650kg and can travel at up to 30km/hr! They barrel rolled just under my kayak and one after the other, I saw the eye looking up at me then the pale belly and finally the tail. The second just flicked the bottom of the kayak ever so gently with its tail. The pair then exploded from the water before crashing back with a huge splash. They repeated this several times. Awesome. I have since seen the big one with the lateral bend to its dorsal fin 65 km to the south near Cara. 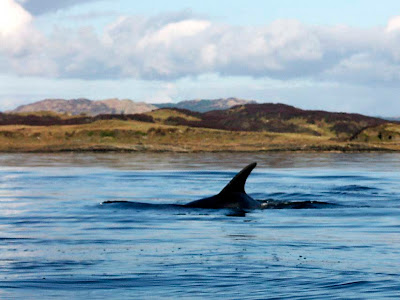 Only after what seemed like an age did the dolphins stop showing off and resume their fishing trip. Stunned, we were left on our own in the silence of a winter sunset in the Sound of Shuna. 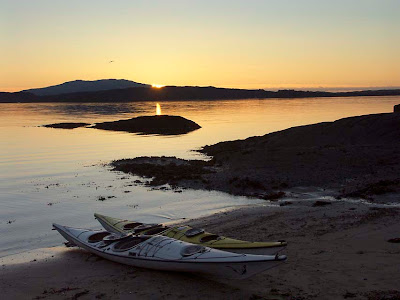 Posted by Douglas Wilcox at 8:09 am 2 comments: