Running before the wind, below the sill. 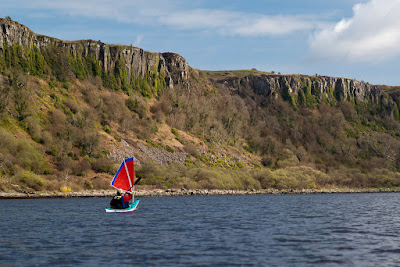 Leaving Kildonan on the fourth day of our trip round Arran we hoisted our sails then paddled along a wild coastline. The scenery was dominated by an extensive tertiary sill, which extended... 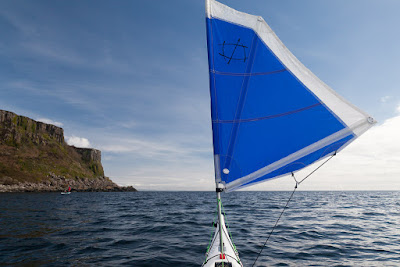 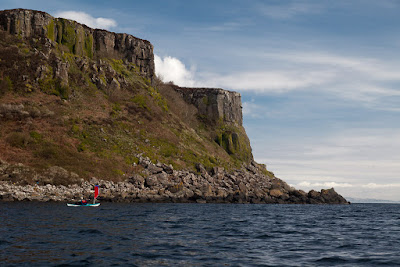 ...dwarfed by the scale of the cliffs. 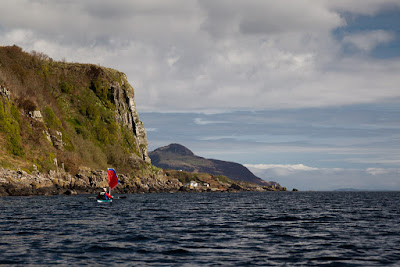 Once round Dippen Head, we caught our first sight of Holy Island since the first day of our trip. We continued to sail all the way, mostly running before a southerly wind. The gusts round the headlands gave some exciting bursts of speed. 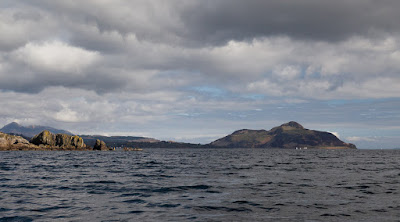 From Dippen Head we literally flew before the wind to Larybeg Point. Beyond the point we looked over Whiting Bay to Holy Island. 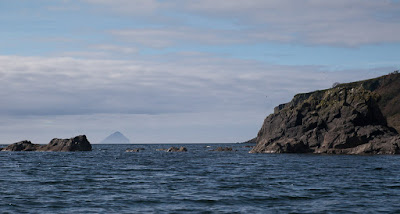 It was almost a relief to break out behind Lagybeg and take a last view of Ailsa Craig before continuing on our downwind blast.﻿
Posted by Douglas Wilcox at 7:56 pm No comments:

A big cave and big appetites at Kildonan, Arran 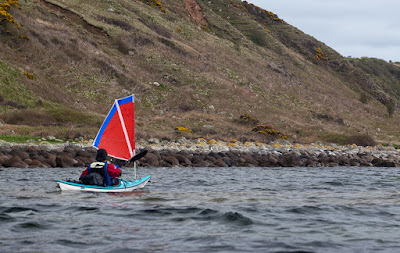 From the sadly deserted beach at Cleit Shore we sped past huge boulder beaches until a dramatic change in the landscape announced our arrival at Bennan Head, which marks the southern tip of Arran. 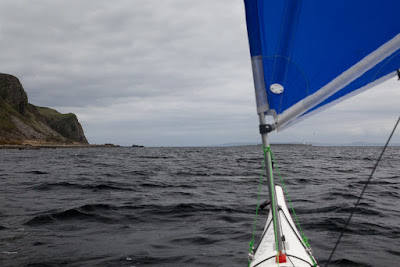 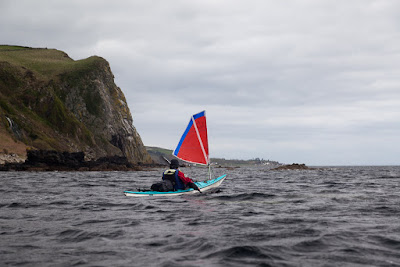 We were sailing and paddling  at 9-10km per hour and David spotted the Kildonan Hotel in the distance. We might make the 3:30 Race after all! Bennan Head is composed of a sill of hard igneous rock. The original softer rocks, through which it intruded, have weathered away leaving it standing exposed. A waterfall cascades down its west (left) side. 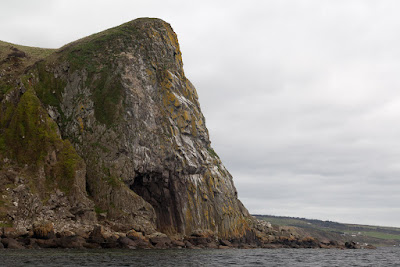 A huge cave, the  Black Cave, cuts right into the head and... 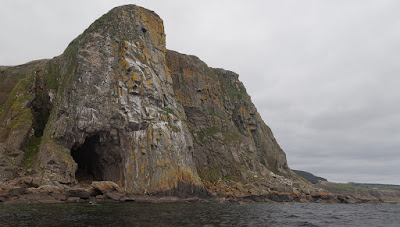 ...emerges through a high window into the gully on its west side. 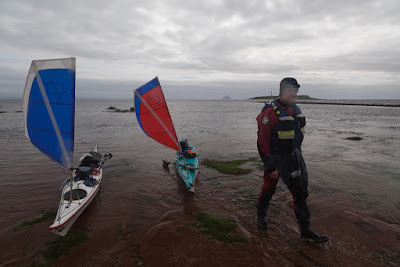 We sped on to Kildonan, David made straight for the Kildonan Hotel to catch the Scottish Grand National at Ayr on the television in the residents' lounge. He looked very dapper in his plum suit with cummerbund! 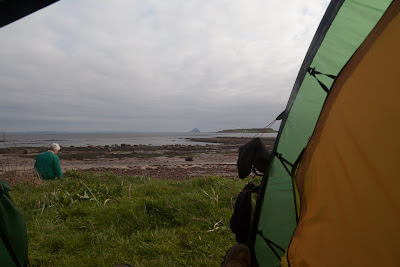 Meanwhile I set my tent up in the Seal Shore commercial camp site. (There is plenty of wild camping about 2-3km away but we fancied a hot shower!) 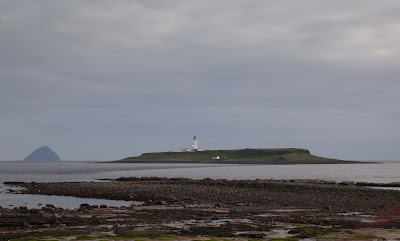 As the flood tide began to pour between Kildonan and Pladda, we made our way to... 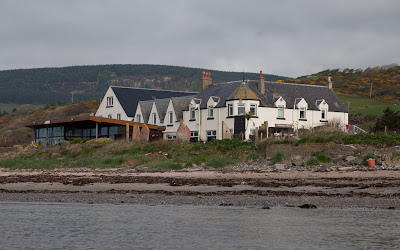 ..the truly excellent Kildonan Hotel. The owners, Rodrigo and Anne had just by chance arranged a Mediterranean buffet night for a very reasonable £15 per head. Needless to say, we signed up on the spot. We were not disappointed, neither were the many locals, who had clearly enjoyed previous buffets. After our meal David and I retired to the bar for a Guinness, where we had a very pleasant chat with the amiable Rodrigo. We will definitely return and so should you. I just hope that our appetites have not caused a seakayakers' levy to be added to the buffet bill!
Posted by Douglas Wilcox at 7:00 am 3 comments: