Up and doon the Doon, before breakfast! 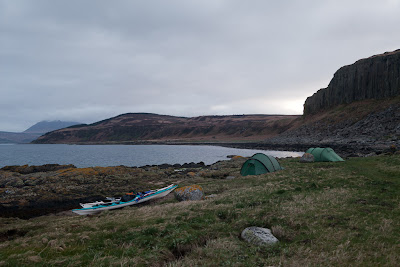 The third day of our round Arran trip dawned grey but dry. We had camped beneath a dramatic tertiary sill called the Doon. 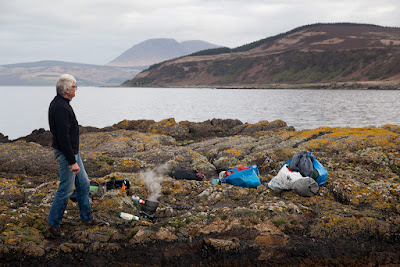 Over a cup of fresh brewed coffee... 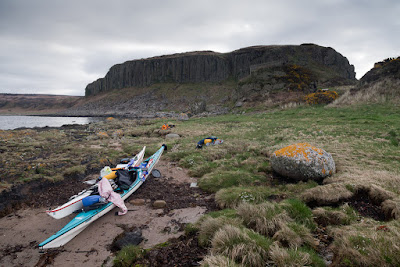 ...David suggested trying to get to the top. The volcanic sill had been used as an Iron Age fort more than 2,000 years ago. Today its only inhabitants were fulmars, which were nesting high on its inaccessible ledges. 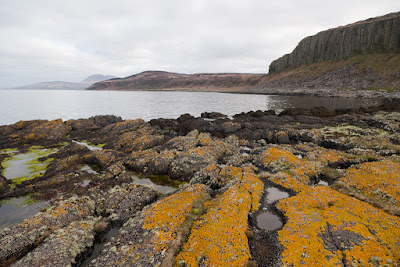 We cut across lichen covered rocks to get to the foot of the sill. 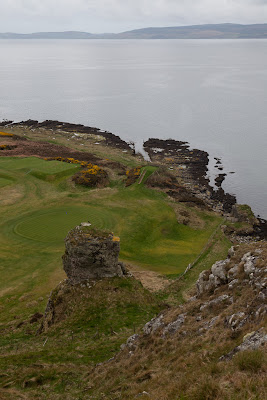 A steep path wound its way up through a series of ledges and rocky pinnacles. As we caught our breath, we looked over the Kilbrannan Sound to Kintyre beyond. 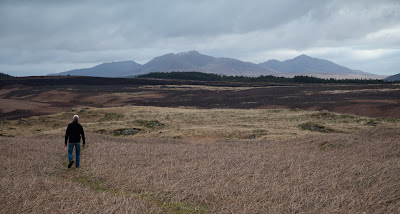 The top was almost flat and walking across it we enjoyed magnificent views to the mountains of North Arran. However, there was no suggestion that we were surrounded by precipitous cliffs. 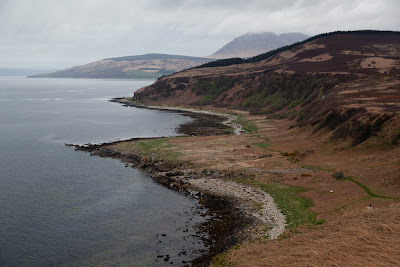 This was the view from the north edge of the Doon and shows Imachar Point in the distance.
Posted by Douglas Wilcox at 11:08 pm 2 comments: