No 3, The Street and the silent poem of the people of St Kilda 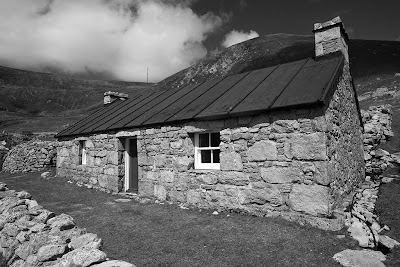 It was early June 2008. Leaving the burial ground, I walked slowly back down the village street of empty windows and doors. On the way, I heard a high pitched birdsong and there, jumping in and out of gaps in a blackhouse wall, was a St Kildan wren. This subspecies is a survivor of the pre-Ice Age population of Scottish wrens. The ice sheet, which enveloped Scotland, did not reach as far as St Kilda.

Cheered by the song of this hardy survivor, I continued on my way down the street towards the jetty and our waiting boat. I had nearly passed No. 3 before I realized that it was the museum, devoted the island's last human inhabitants. Looking back at the 19th century buildings, only the distant antennae for the missile tracking system gave hint that this was now the 21st century. 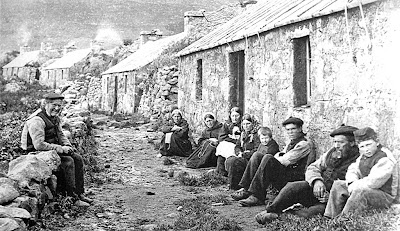 This photo was taken from the same spot in 1886, some 122 years before. It shows members of the Gillies family outside No. 3, The Street. 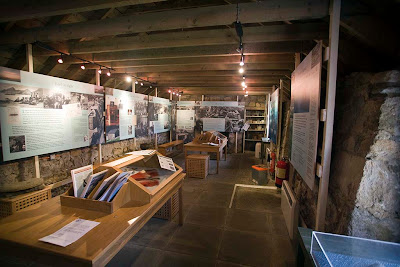 Inside, the renovated house's two rooms have been converted into a single room museum of island life. 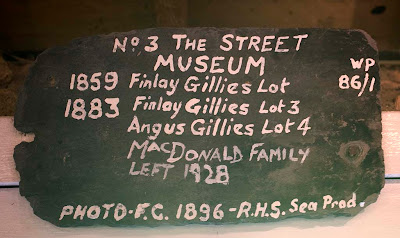 A slate on the wall commemorates former residents of the house. I have already mentioned Malcolm MacDonald, who lived in this house until he left the island in 1924. 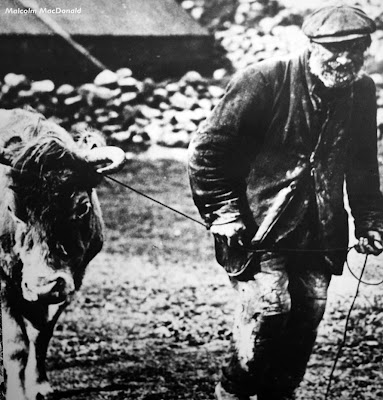 Malcolm's father was also called Malcolm MacDonald and this tourist photograph, with the family cow, now hangs in the house he once called home.

After the MacDonalds left, and by 1930, there were only 36 inhabitants left. Their numbers were depleted by emigration, their self sufficiency weakened by age and a succession of poor summers. Finally, they petitioned the British government, asking for evacuation. They left on 27th August and brought thousands of years of occupation and history to an end. Sadly there is no written history and little oral history left by the islanders themselves. Life was too harsh and survival took all their efforts. What we know of them is largely through the cameras and pens of wealthy tourists, who viewed them as curiosities. Despite this lack of island literature, the modern visitor can hardly fail to be moved by a silent poem of the people of St Kilda. You might hear it as you wander through the empty ruins of thousands of years of human survival, on the edge of the world.

By now the increasing wind was sending gusts scudding across the Bay. The MV Cuma was the only boat remaining and we knew Murdani, her skipper, would be anxious to set sail for the shelter of Loch Resort on the distant west coast of Harris. We only had a morning to explore St Kilda. We saw much and learned a great deal about the island and the people who lived there. However, we left feeling we had only scratched the surface of this remarkable island's secrets and past.

Footnote. The following books have provided the information referred to in these recent pages: