A cottage and a castle at Loch Feochan 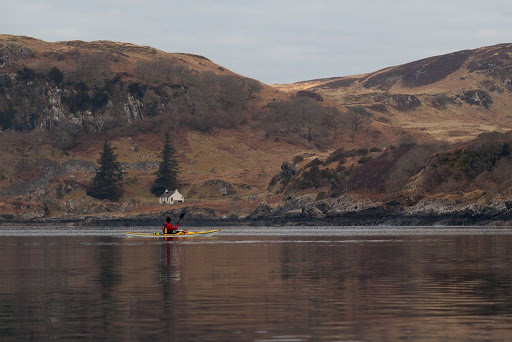 We took a diversion into a little bay near the north shore of the mouth of Loch Feochan. 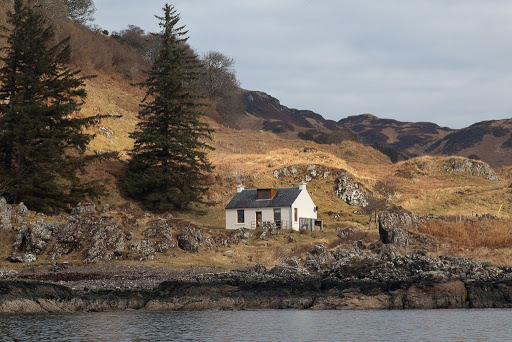 At its head stood a delightful cottage with a wisp of smoke rising from its chimney. Access is only by a footpath rising over the hills. There was no sign of a boat. This cottage was used in the 1969 film "Ring of Bright Water" to represent Gavin Maxwell's house Camusfearna (bay of the alders). Other filming took place nearby at the islands of Easdale and Seil. Camusfearna was actually located near the Sandaig Islands much further to the north. 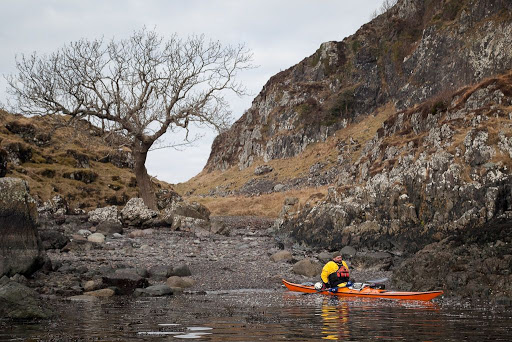 Our first stop was to investigate the ancient fort An dunan, which is the grassy mound at the left of this photo. We landed and launched at the delightful cove of Port an t-Sruthain. I don't know who had most difficulty getting back into their kayak, myself with my bad knee or Jim W with his tiny ocean cockpit. 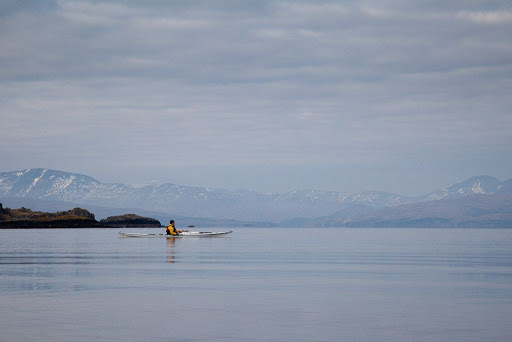 As the sun began to rise, we made our way into the Firth of Lorn. 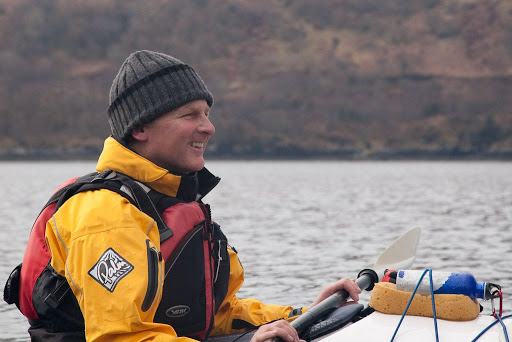 We were all looking forward to another fantastic day on the water. None more so than our good friend Jim B.
Posted by Douglas Wilcox at 8:56 am No comments: