Sonar and a snoring Sammy seal slumbering soundly on Sanda 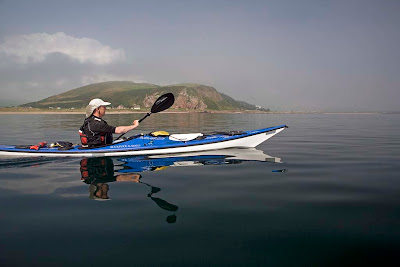 After our rounding of the Mull we left the coastline of Kintyre the wind dropped to nothing.. 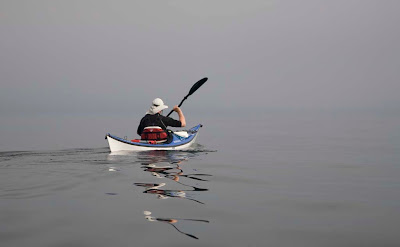 and the the mist began to gather and it was difficult to saw where the see ended and the sky began. 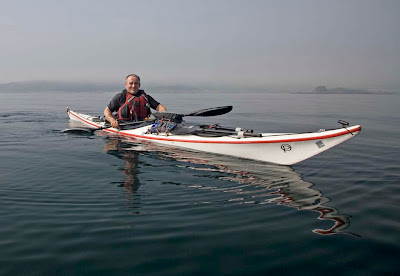 Soon the Kintyre coastline was shrouded in mist and not long afterwards we were enclosed by thick fog again. In the background you can see Dunaverty rock upon which once stood Dunaverty Castle. It is has one of the most bloody histories of all Scottish castles, ending in the massacre of between 300 to 500 Royalists who in 1647 surrendered after a siege to the Parliamentarian Lieutenant General David Leslie.

Our crossing of the strong tides in the Sound of Sanda was guided by GPS and sonar.

The fog was so thick that we were only 30m from Sanda when we finally found it. Our final approach had been guided by a strange deep ZZZZ ZZZZZZ ZZZZ sound that penetrated the miasma. 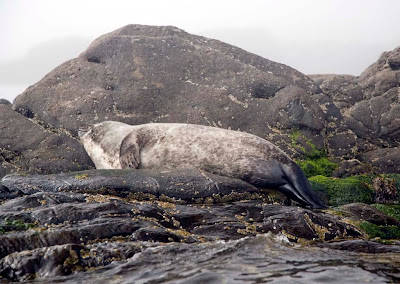 Just on the rocks we found Sammy the seal cub fast asleep, snoring his head off and completely oblivious to our presence. 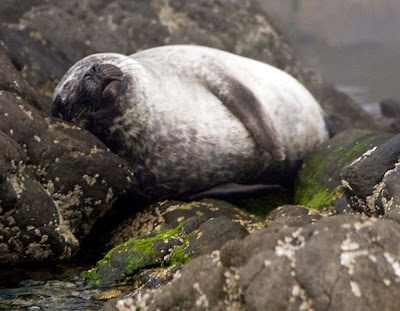