Singing seals of Loch Gruinart at the end of a long day. 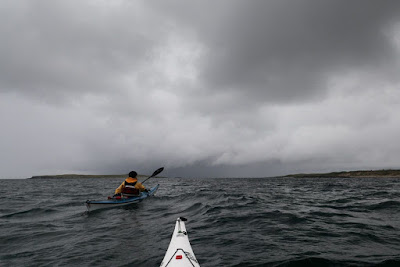 Under lowering clouds  we set off from Ton Mhor along the north shore of the Rinns of Islay towards the gap between Ardnave Point and Nave Island. 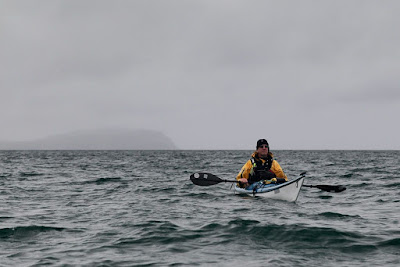 The gap is infested with reefs but as it was high water, most were submerged. Despite this, the water inside the reefs was still pretty sheltered from the swell.  Looking back, Ton Mhor was now getting plastered with rain which was quickly heading our way. 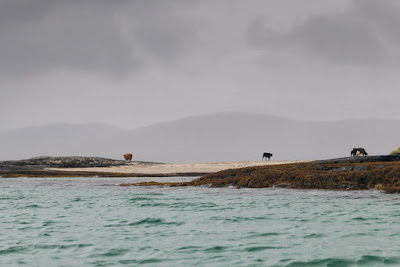 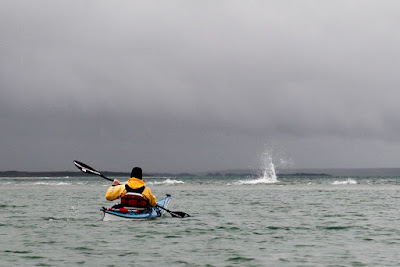 ...before we entered Loch Gruinart. We were now paddling into the southerly wind, which was lifting the spray off the waves breaking on the bar at the mouth of this tidal loch. The flat conditions on the sheltered east coast of the Rinns peninsula were a complete contrast to those on the west... just 8km away, as the gull flies. 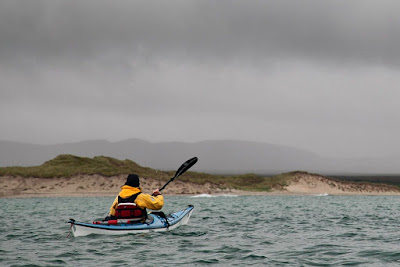 We paddled past the shifting sands of Killinallan Point, which has one of the finest dune systems in the Hebrides. 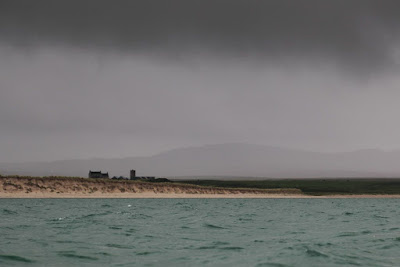 Although the abandoned buildings of Killinallan Farm had a melancholy air under the grey, rain filled skies of a typical Scottish mid summer day, our spirits were high. We had just finished the most amazing paddle along one of the most challenging coastlines on the west coast of Scotland, in less than ideal conditions. Although my day was now over, Tony still had to cycle 26km (with 300m of ascent) back to Portnahaven to collect the car. It was pouring with rain... 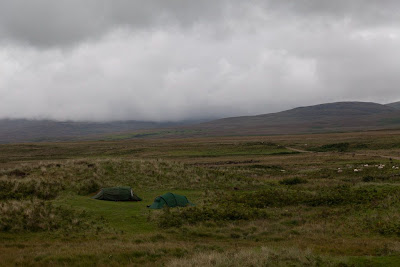 ...so I took the easy option and retired to the tents... 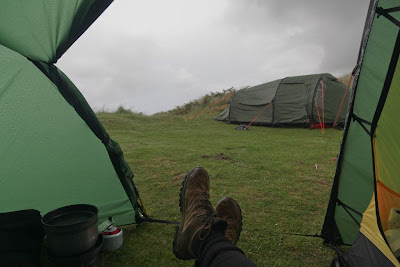 ...where I collapsed in agony, rubbing my bad knee. After some strong painkillers I didn't wake till Tony returned several hours later with the car... thanks Tony! 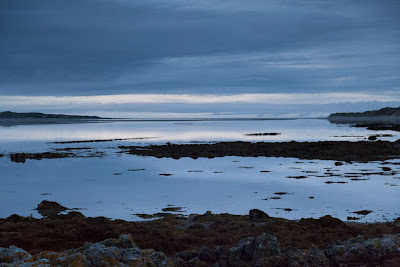 That night we slept soundly as the seals sang to one another on the sand banks of Islay's beautiful Loch Gruinart.
Posted by Douglas Wilcox at 8:44 am 2 comments: