A meeting with the latter day Brownie of Cara at the Mull. 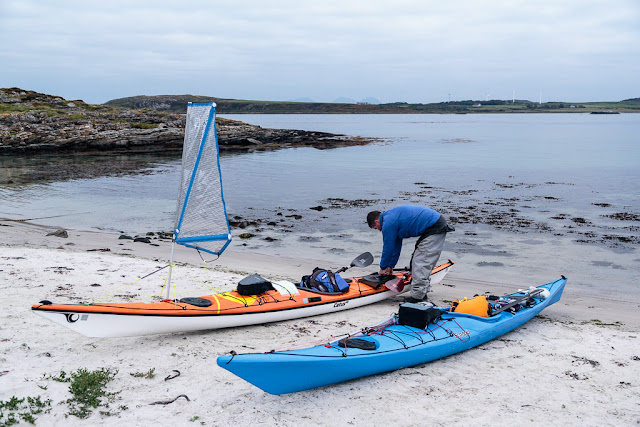 When we woke on Cara on the third and last day of our trip the skies were overcast but there was no wind or swell which would make ideal conditions to round the Mull of Cara. 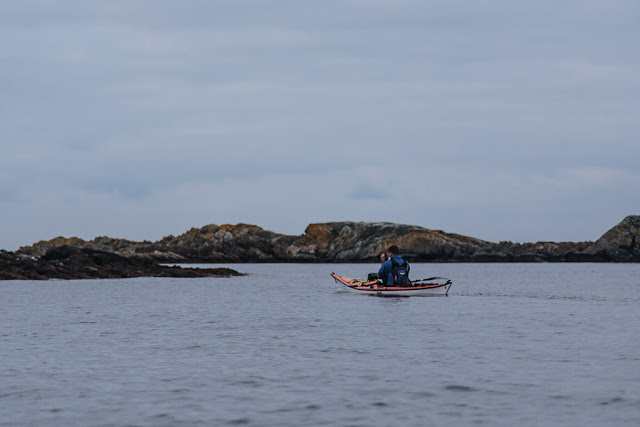 We set off round Cara in an anticlockwise direction which took us through the skerries on the island's NW coast. 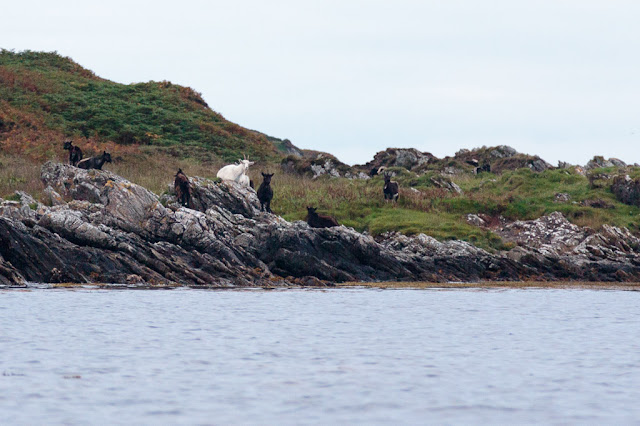 An unmistakable odour revealed a number of the island's large goat population. 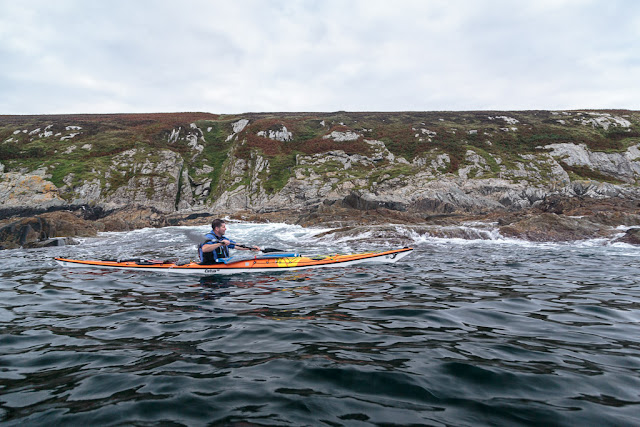 As soon as we were out of the shelter of the skerries we encountered swell which is often a reason to keep well out but it was just about as flat as I have ever seen it. 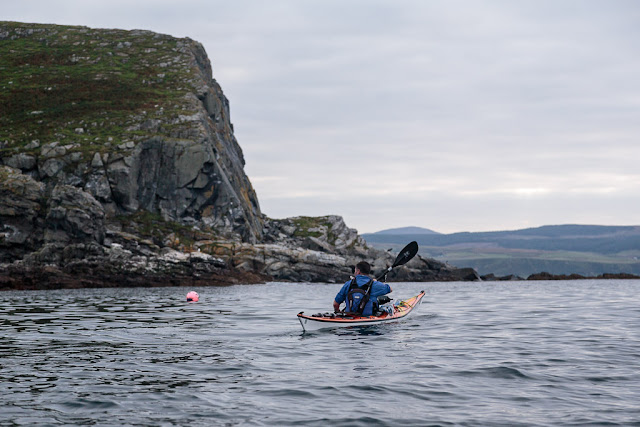 Ian had not being expecting the Mull of Cara to be particularly impressive so he was delighted when we first saw its rocky profile. 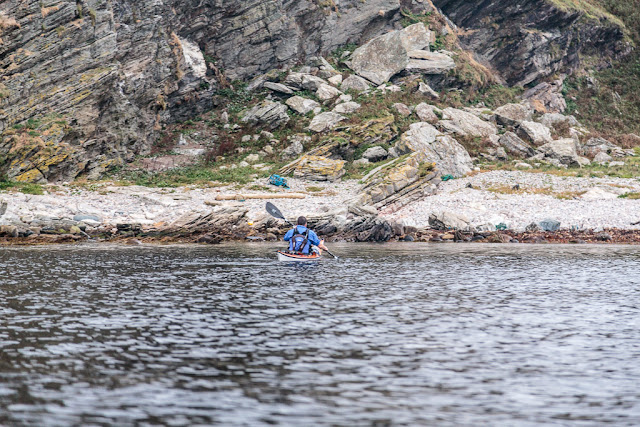 It was so calm we were able to paddle right into Dead Man's Bay to the west of the Mull. 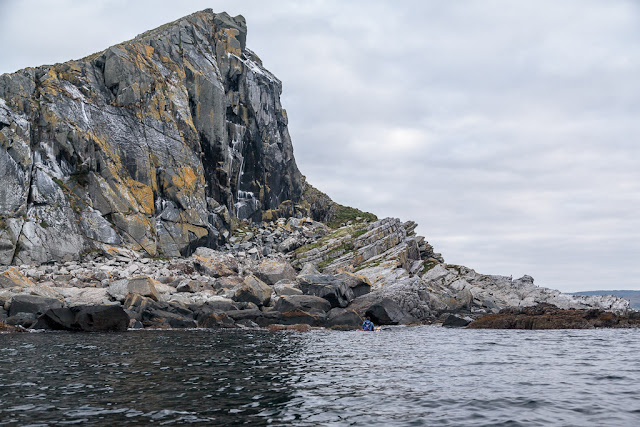 Ian was dwarfed by the scale of the rocks which had fallen from the Mull in a huge landslide in 1756. The resulting tsunami destroyed coastal houses on Cara, Gigha and the west coast of Kintyre as far north as West Loch Tarbert. 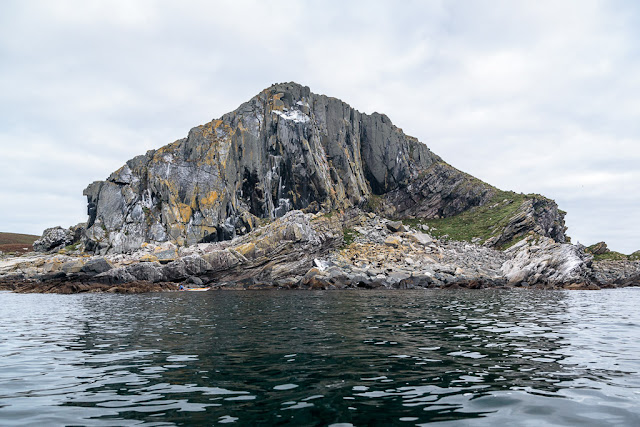 We took it in turn to paddle out to get some good distance shots. It was slack water but when the tide is running against the wind here, photography would be the last thing on your mind. 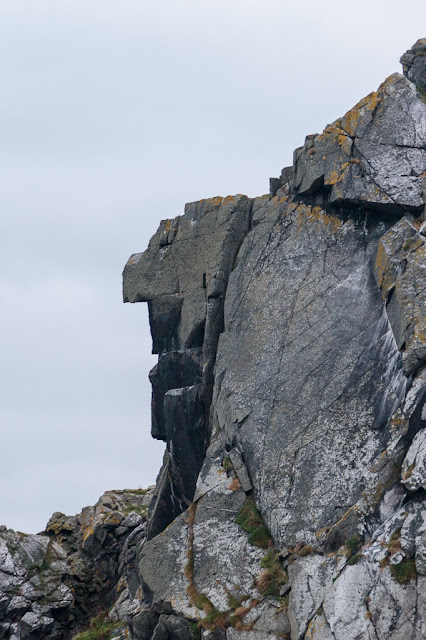 High above the sightless stone eyes of the Cara eagle gazed out to the Atlantic. For a time we had had the impression we were being watched and had caught an occasional sight of a small brown figure flitting from rock to rock. Was it the Brownie?... 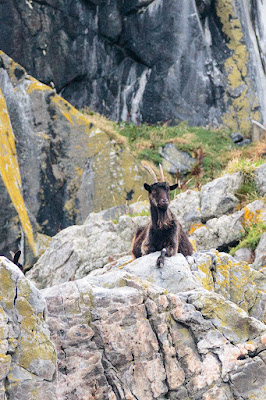 Then we say it. It was the alpha male goat of Cara. He was perched on a comfortable rock... 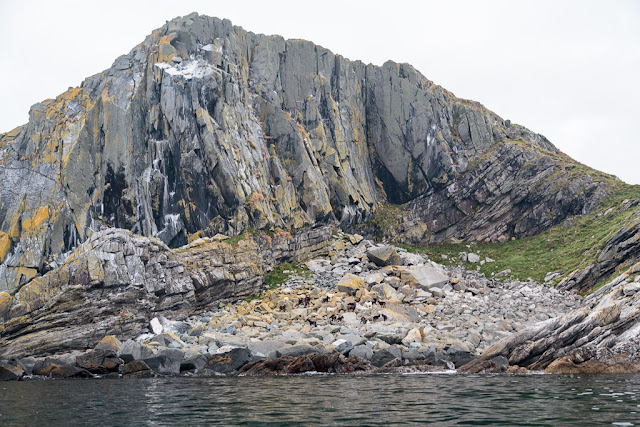 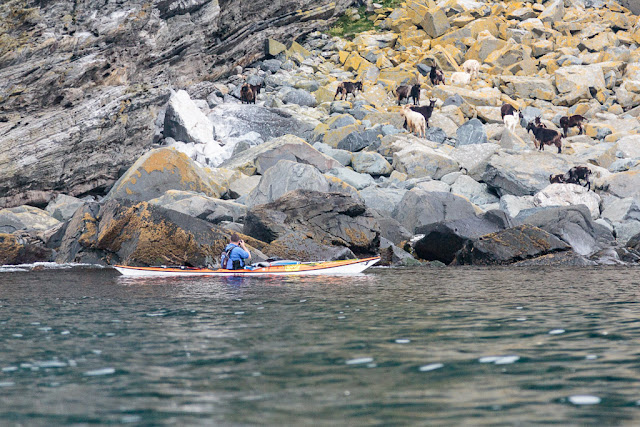 ...watching over his flock below. We paddled on leaving the Mull of Cara to the goats and the Brownie.
Posted by Douglas Wilcox at 9:29 am No comments: