A castle, a port, a mill and a canal, all on the Fleet. 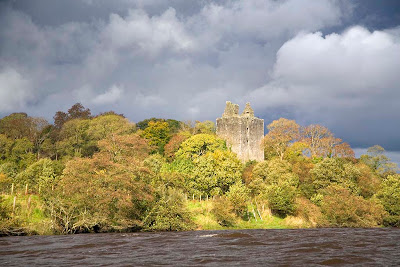 Under the ancient walls of Cardoness Castle, the river Fleet was bank full due to the combination of a high spring tide and the recent rains. The castle was built by the McCullochs in 1470. At that time the sea came right up to the base of the rock upon which it is built. In 1690 Sir Godfrey MCulloch shot dead a Gordon rival. He was executed in 1697 and the castle was then abandoned. 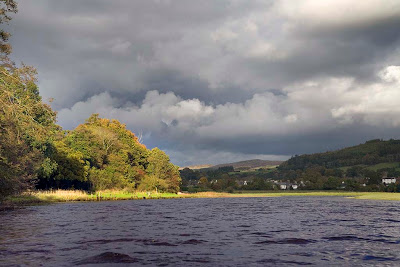 As the houses of Gatehouse of Fleet came into view, I passed the site of Port Macadam, the old harbour of Gatehouse. At one time it handled 150 ships per year to carry the trade of this planned industrial town. It produced cotton, leather, beer and copper. Much of its power came from a series of water lades that still run through the town. 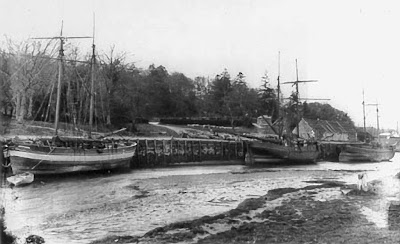 This view of Port Macadam dates from the mid 19th century. Port Macadam was established after canalisation of the River Fleet in 1828. The original of this photo can be seen in the Stewartry Museum, Kirkcudbright. 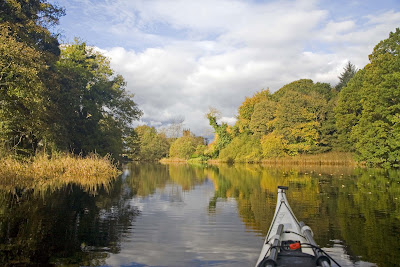 This is the limit of the tidal Fleet, approaching the bridge over the river. It is just to the left of the church tower. It was built in 1730 but has been extensively updated since then. 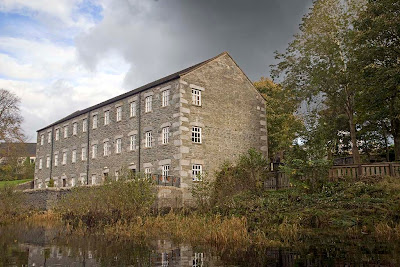 Once under the bridge, you come to the Mill on the Fleet. This is a restored cotton mill dating from 1788. It was built by James Birtwhistle from Yorkshire and is powered by a large waterwheel, which you can just see behind the bush on the gable end. It is now a visitor and information centre. Exactly a week before this photo was taken, the river in spate breached the wall at the base of the mill! 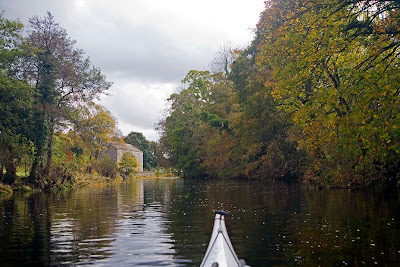 I carried on for another 500m until the river steepened over some gravel rapids. It was very pleasant drifting back downstream to the mill. 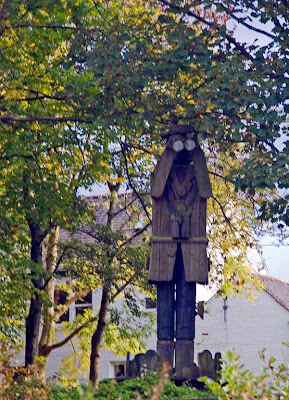 My passage was not unnoticed. 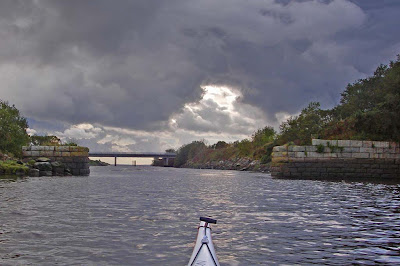 The canalised section of the river Fleet was created rather ingeniously. A long narrow ditch was dug then the river was diverted into it. The combination of river and tide cut the new channel. The old pier supports are built on two rocks which form a natural narrowing, which was crossed by a swing bridge. In the distance is the new A75 bridge which carries the Gatehouse bypass road. Beyond it are three pillars for yachts to moor between as they are now prevented from reaching Port Macadam. On a spring ebb tide with a SW wind you can get some good standing waves downstream of the piers. 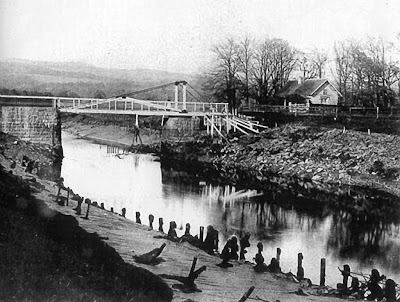 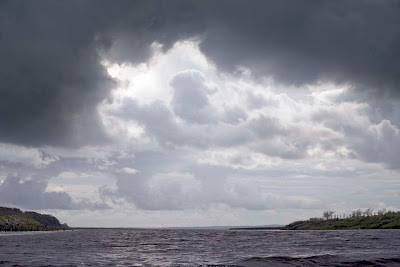 The fresh wind had not dropped and I had some hard paddling back to my launch spot. 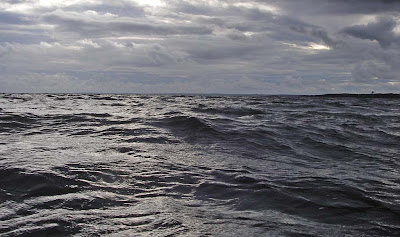 Out in the bay there were some really enjoyable wind against tide conditions. It was nearly dark by the time I got home for a nice hot shower!