The plight of the sand bees on the machair at Port nam Murrach. 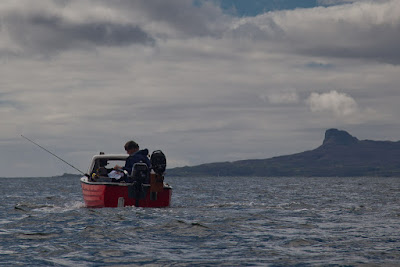 From the south channel at the entrance to Loch nan Ceall I thought it would be a good idea to head south along the headland of Rubh Arisaig  towards the Sound of Arisaig. Donald checked his map for suitable landing spots and reefs on the way. 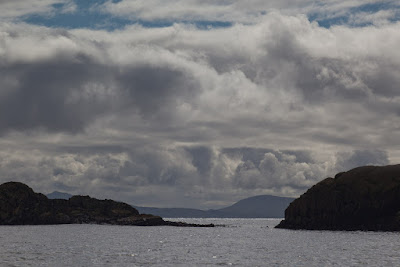 I was able to nip inside the various reefs in my sea kayak but Donald had to take a wider line. 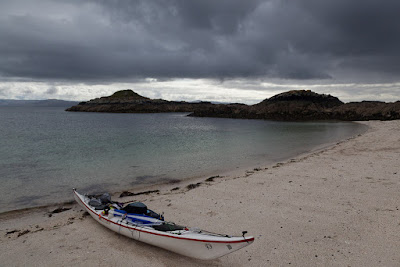 We had arranged to rendezvous at Port nan Murrach on the Arisaig peninsula. 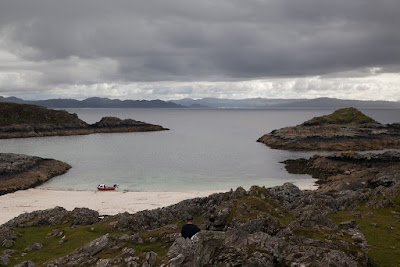 It wasn't long before Donald joined me in this delightful cove... 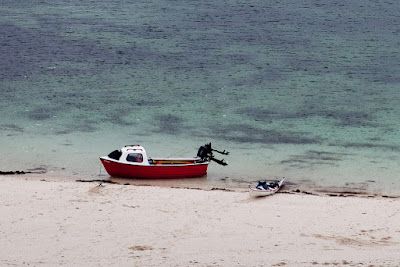 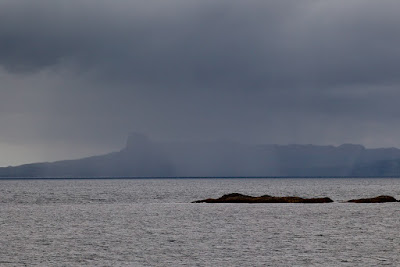 Squalls of wind and rain were blasting down from the north but fortunately this one missed us and plastered Eigg instead. 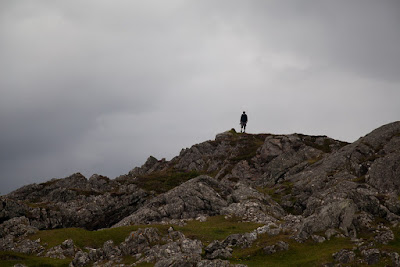 Donald scrambled up the rocks of the surrounding ridges to see what the wind was doing... 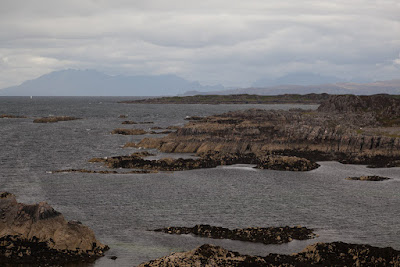 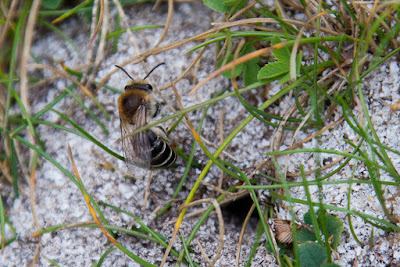 Meanwhile I reaquainted myself with the colony of the  rare northern colletes mining bees. These are a solitary species but they make their single burrows in aggregates in the sandy machair. They are a threatened species and there are only a handful of locations on the Scottish mainland where they can still be found. 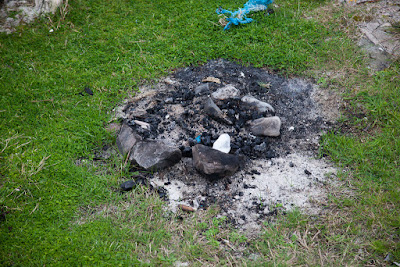 I was distressed to discover some recent visitors had built a fire right on top of the colony. I hope it was not a group of sea kayakers, most kayakers know to build fires below the high water mark. 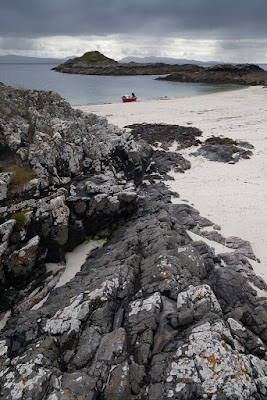 While Donald continued to explore the ridges and other beaches in the area, I was content to sit on the rocks with a cup of coffee, admire the view and... 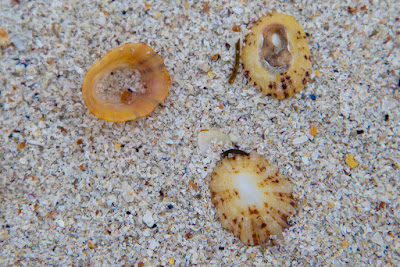 ...the marvellous white shell sand. I am so grateful for sea kayaking. I could not have walked to such a wonderful spot. 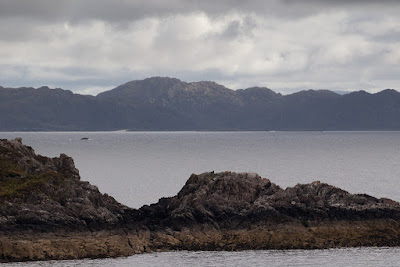 It was clear Donald's boat handling skills and confidence had grown, so when he returned, I suggested we move on and cross the mouth of the Sound of Arisaig to another white shell sand beach in the distance. I did warn him it might get a bit bumpy, once we were out of the lee of Rubh Arisaig...