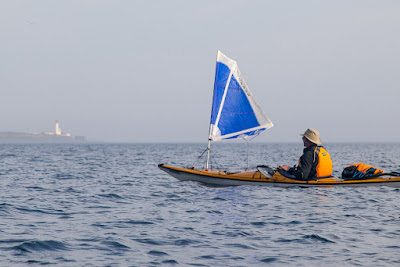 After we rounded Bennan Head we entered the Sound of Pladda and... 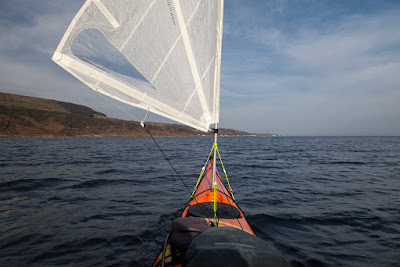 began to look for a suitable spot to land and camp on the Kildonan Shore. 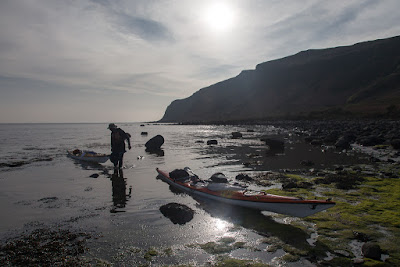 We normally use the commercial camp site at Seal Shore, Kildonan for its showers and convenient location next to the hotel. However, as it was still March the camp site was not open. 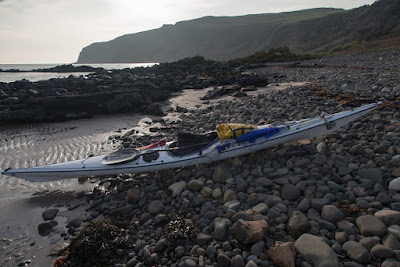 Eventually we found a suitable place to land, between the many basalt dykes that project at right angles from the shore. It had been a long day, since we had left the east coast of the Kintyre peninsula at Carradale. Unlike the previous two nights, we had landed in plenty of time to get the tents up and cook a meal in daylight. However, we had no intention of doing any cooking...
Posted by Douglas Wilcox at 10:39 am No comments: