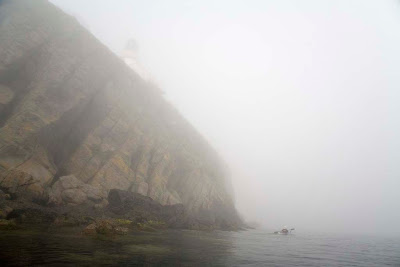 As the mist swirled round we navigated round the SW corner of Sanda and found ourselves under the Ship lighthouse. It is so called because from a distance it looks like a funnel and the rock upon which it stands looks like a ship. 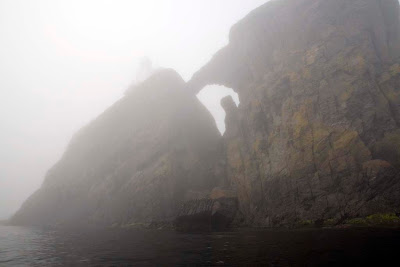 It is situated on the most amazing rock with a natural arch which from some angles looks like an elephant with trunk! 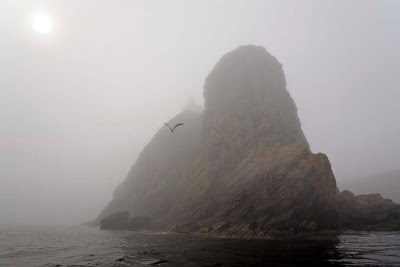 The light was established in 1850 by Alan Stevenson. It has a long white flash every 10 seconds. 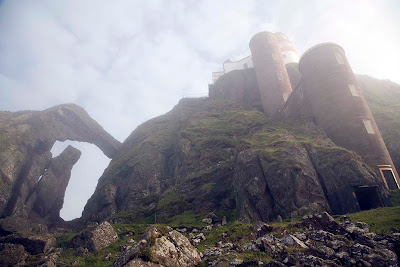 Only when you enter the little bay behind the lighthouse do you appreciate what a unique structure it is. Two linked towers with a total of 210 steps like the lighthouse tower to the base of the cliff upon which it stands. The mist added to the surreal atmosphere.