Eilean Munde, an isle in a Stygian situation. 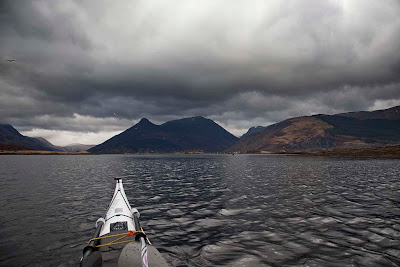 Once through the narrows, we found ourselves in Loch Leven (Loch Leamhain or Loch of the elms). 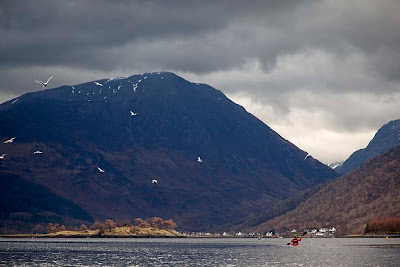 As we paddled on we approached little Eilean Munde which nestled in a corner of the loch under the Stygian heights and recesses of Glen Coe. 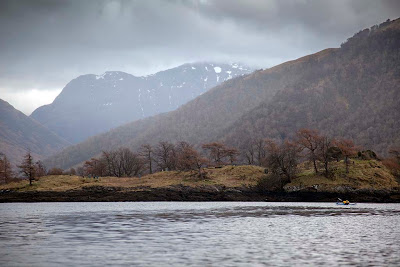 Eilean Munde is named after St Fintan Mundus who founded an abbey here in the seventh century. 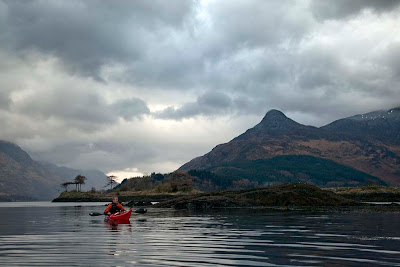 The island is also known as Eilean Nam Mairbh (Isle of the Dead). It has been used as a burial ground for centuries, the dead are carried over in a small boat. 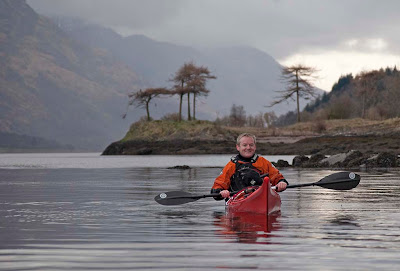 As we approached, all was quiet and peaceful and even the wind died away.