"Breaks", "breaks heavily" and "breaks very heavily" on the west coast of Muck. 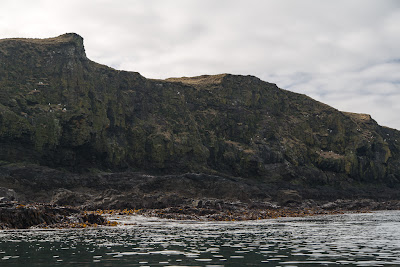 Although it was only the first of March, Fulmars were already pairing up for the breeding season on the NE cliffs of Eilean nan Each (Horse Isle) which lies off the north west coast of Muck. The calm seas and almost complete lack of wind could easily have lulled us into a false sense of security but I had in mind the Magicseaweed surf forecast for nearby Tiree...2.5m SW! Whoohoo we had just turned the north end of Eilean nan Each when the swell hit us. Fortunately... 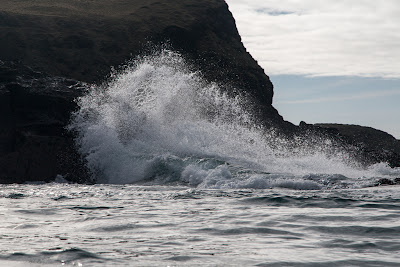 ...it passed under us and it was actually the rocks it hit! Spray was thrown high in the air and we felt a near continuous rumbling in our chests. 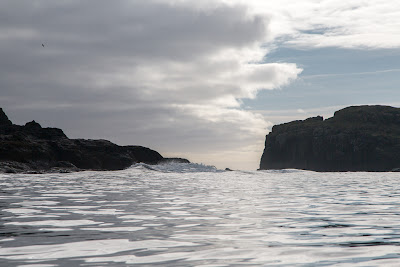 We needed to wait a while before we entered the gap between Eagamol and Eilean nan Each as the bigger sets surged through with some degree of vigour. 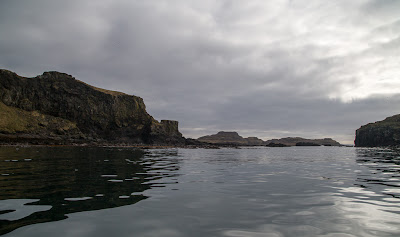 However, patience was rewarded and soon we were in the sheltered lee of Eagamol. 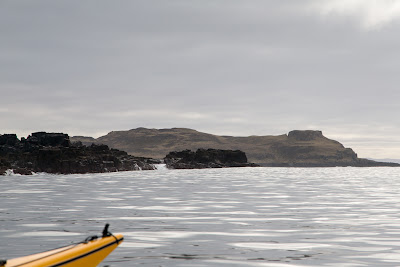 We now came to the exposed west coast of Muck. 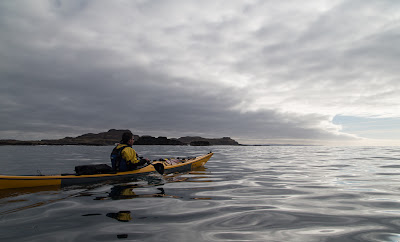 We were glad there was no wind as the chart warns of... 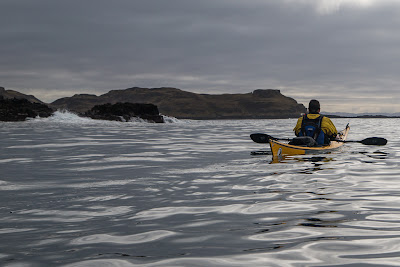 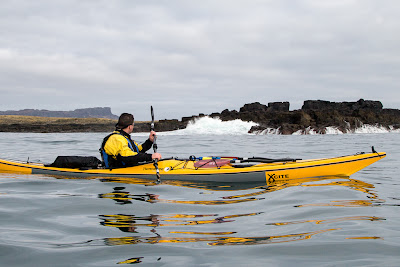 and "Breaks Very Heavily". We felt very lucky to experience the pounding surf in such a remote place but in such benign conditions. Even, so neither of us suggested putting in a little rescue practice.

There now followed a gap with no photography as the many basalt dykes that radiate out from Muck threw up many unexpected boomers. But once we approached the SW corner of Muck the swell seemed to die as the north going tide  increased. 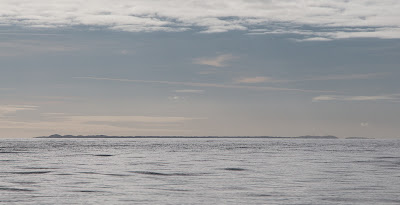 We now enjoyed a distant view of Coll and looking back, we could see...

.... the outline of Rum through the gap between Eagamol and Eilean nan Each. Eigg, where we had spent the previous night, rose high above the low lying northern rocks of Muck.
Posted by Douglas Wilcox at 10:16 pm No comments: