Curarrie Port, any port in a storm. 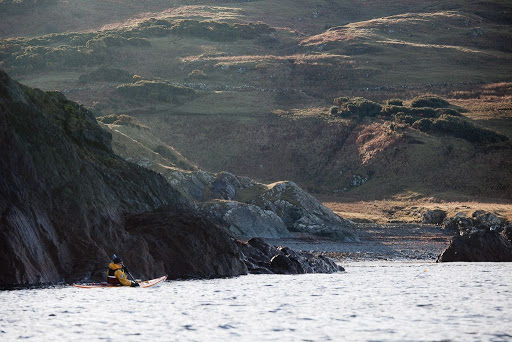 There are few breaches in the line of cliffs along this coast but Currarie Port is one. In 1869 the crew of the schooner Louisa had a lucky escape here. She came ashore here on the night of the second of November while sailing from Belfast to Ayr and was totally wrecked. By great good fortune all of her crew were saved. If her final course had been just 50m to either side, she would have been wrecked in deep water at the base of the cliffs and all would have been lost. 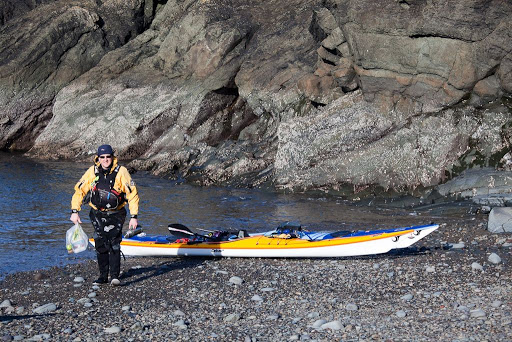 We decided the shelter of the port would make an excellent location for an early luncheon. 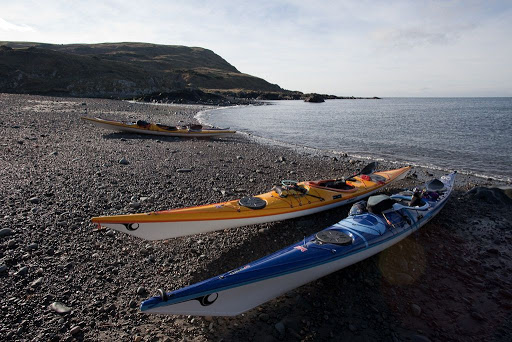 As we compared the lines of the P&H Cetus and Cetus LV, the skies cleared and the sun...

...warmed the rocks where we found some shelter from the chill wind. We chatted about how lucky those sailors were to end up here. 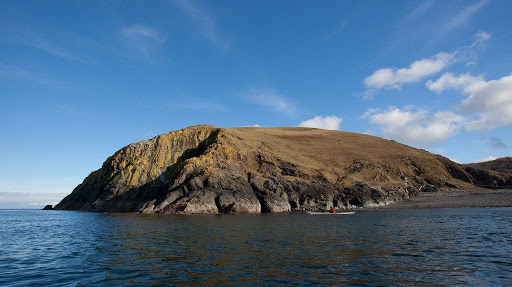 Fortified by our refreshments, we continued on our exploration of the south Ayrshire coast.
Posted by Douglas Wilcox at 8:12 am 1 comment: