A Bastard of a headwind and a Bloody rock.. 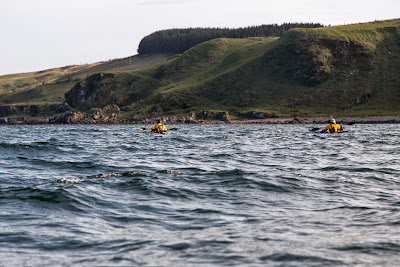 Unfortunately the fair wind did not last long on our journey towards the Mull of Kintyre and we met a stiff head wind, which combined with an adverse tide, slowed our progress. At this rate we would not arrive at the intended campsite until well after 11pm! 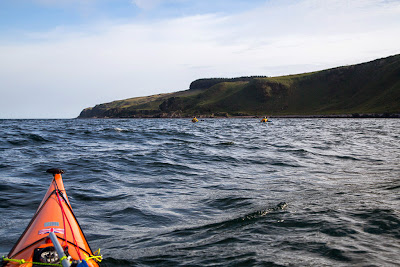 Due to my shoulder problem I found it hard to keep up with the others.

However, I had insider knowledge that kept my spirits up. By the time we were below the steep slopes of The Bastard Hill we spotted the Isle of Sanda. 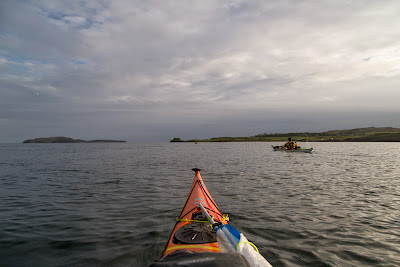 I knew that the tide would change before we arrived in Sanda Sound and that it would accelerate us on to our destination. 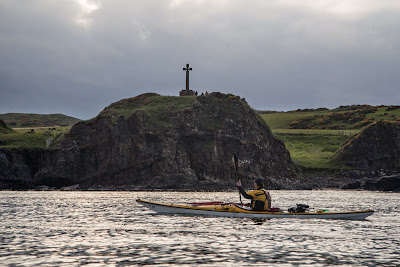 Indeed, we had 4 knots of tidal assistance by the time we passed Macharioch Bay and the monument to local landowner the 8th Duke of Argyll 1823 to 1900. 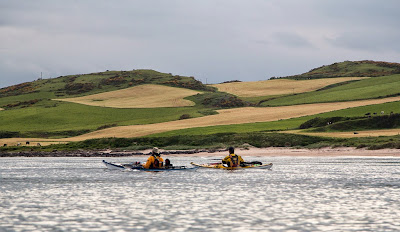 Rocky slopes gave way to undulating fields. The first cut of grass for silage was underway some 3 to 4 weeks late, due to the long winter and exceptionally cold spring.

At last we passed the communications mast that marks Rubha MacShannaich beyond which our destination lay. On the horizon we could see Fair Head in Northern Ireland, some 35km away on the other side of the North Channel. 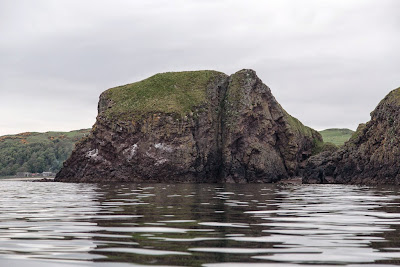 As we entered Carskey Bay at twilight, we paddled in silence below the grim ramparts of Blood Rock upon which Dunaverty Castle once stood. It was a Clan Donald stronghold for centuries but that came to a bloody end in 1647. Covenanter troops besieged the castle as the Clan Donald were Royalists. 300 men, women and children surrendered after the castle's water supply was cut off. They were promised quarter by the Covenanter army but when they walked out of the castle they were almost all killed. 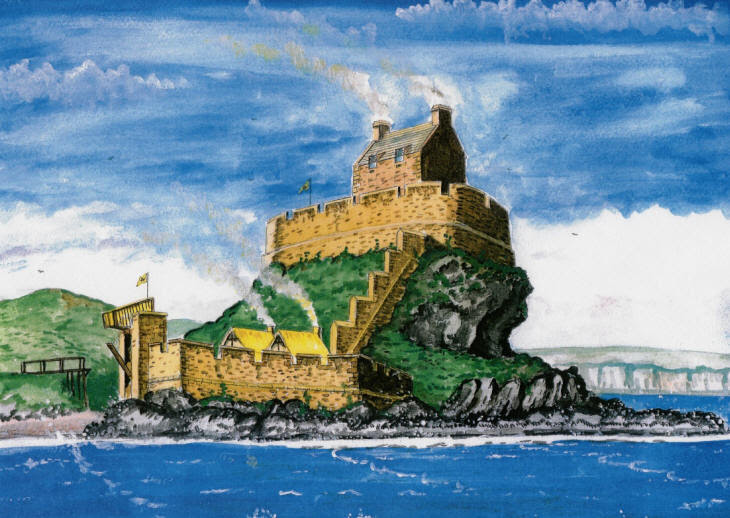 This marvellous reconstruction by Andrew Spratt shows how Dunaverty Castle once looked.
Posted by Douglas Wilcox at 9:11 pm No comments: