The Inner (and Outer) Light of Holy Island 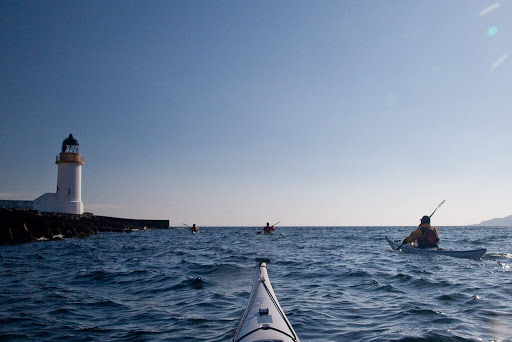 At the SW corner of Holy Island we came to the Inner Light. No it is not some higher plane of enlightenment merely a NLB lighthouse. We then rounded the southernmost point of Holy Island only to discover... 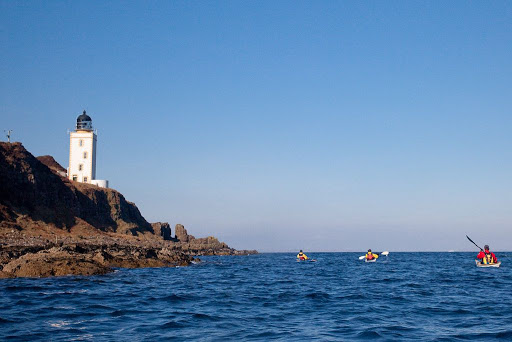 ...another lighthouse which is named, with a great deal of logic, the Outer Light. Perhaps, to continue the Harrison analogy, a case of within you, without you.

Why might you ask should Holy Island be blessed by illumination by two lighthouses so close together? Perhaps it is because Lamlash Bay is one of the great natural harbours of the World. Although it is not bordered by any great centre of population, it provided shelter for ships of the Royal Navy in both World Wars and as a relay point for convoys. Somewhat before the construction of the lighthouses, King Hakon IV of Norway gathered his fleet of Viking long boats here before his defeat at the Battle of Largs in 1263.
Posted by Douglas Wilcox at 6:20 pm No comments: