Alan, Phil and I convened at the Ardrossan ferry terminal for the Arran ferry. We arrived just after 6am for the 7am ferry. We loaded 3 kayaks onto my car and were just about to get in when Alan remembered he had forgotten his dry suit. As it was minus 10.5C when I left my house, we thought a dry suit might be a useful part of his apparel for the day. He calmly decided to drive back to Ayr to get it. 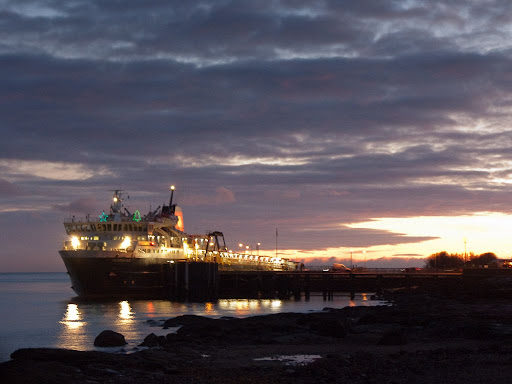 Unfortunately he missed the ferry by just 3 minutes, so Phil and I off loaded his gear and kayak at Brodick and left it for him to collect when he got off the next ferry some 2 hours and 40 minutes later. He was going to paddle round Holy Island. 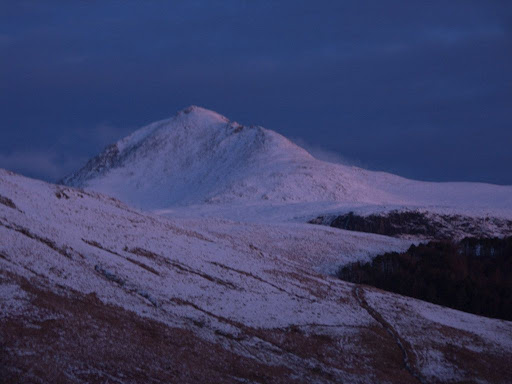 In the meantime Phil and I drove over to Arran's west coast via the String road which ascends to 234m. At the top the snow was banked on either side of the road. We got a great view of Goatfell, 874m, in the pre dawn light. 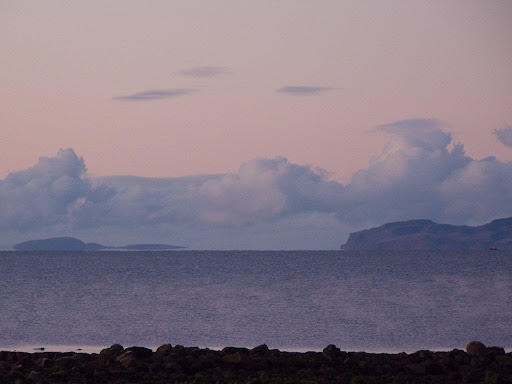 Arriving on the west coast we could see Sanda and Kintyre away to the SW. 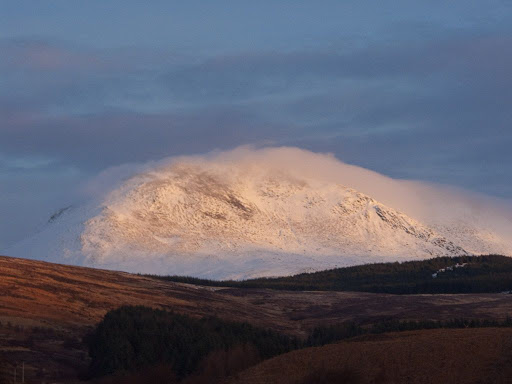 We arrived at the outflow of the Iorsa Water, under the snow covered slopes of Beinn Bharrain 717m. 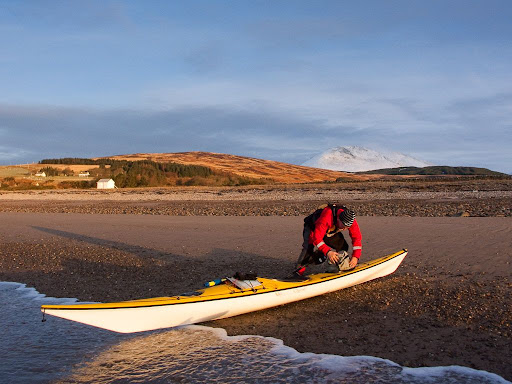 The sun rose just as we got ourselves ready, we could hardly feel our fingers by this time.
Posted by Douglas Wilcox at 10:53 pm 4 comments: