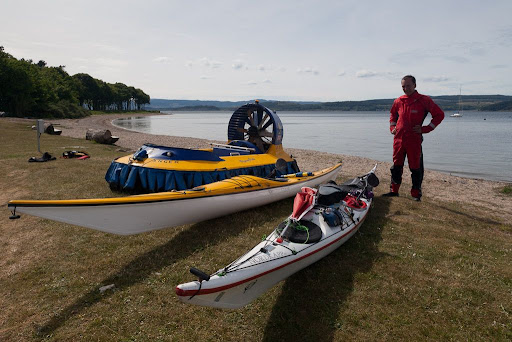 We pulled the kayaks up onto the grass above the shingle beach at otter ferry. We parked beside this hovercraft. Apparently "It's the most environmentally friendly motorised water sport available!" We did not meet the owner and in a way were glad we had not met on the water. Hovercraft produce an enormous number of decibels and it was such a lovely still evening. 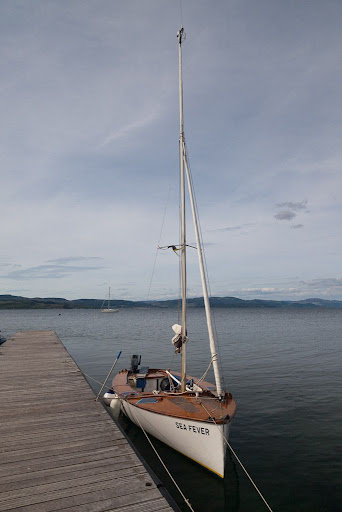 I much preferred the look of this lovely old National 18, number 247, Sea Fever. I first came across National 18s in the early '60s, when I was sailing at Chanonry Sailing Club in the Moray Firth. The National 18s from the Findhorn Yacht Club (as it was then known) used to make the 75km round trip across the Firth to take part in the annual Chanonry Regatta. 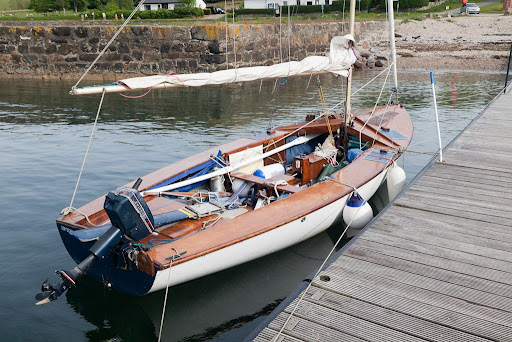 Having cruised a Wayfarer from '71 to 2007, it was interesting for me to see the adaptations that had been made... 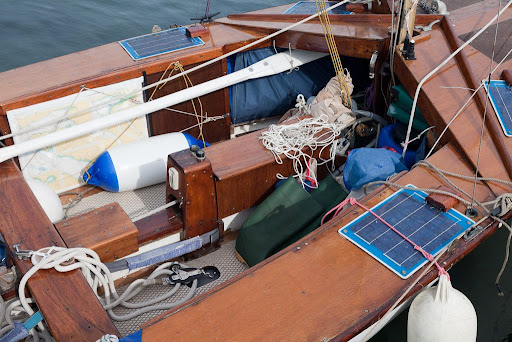 ...to allow her to be used for extended single handed cruising and camping. 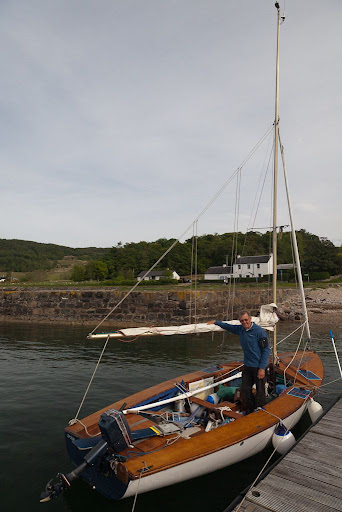 I had noticed the smaller than standard rig and the owner, Roger Bamford, told me it was a modified Wayfarer rig. 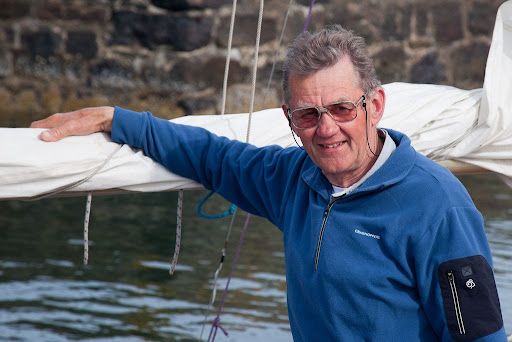 Phil and I had a great chat with Roger, swapping tales of our respective adventures (and sailing rigs!). It turns out that Roger toured regularly all round Britain. This time he had launched at Largs Marina and was spending 3 weeks exploring the Clyde. He had already been up the Gare Loch and Loch Long and had had a wild crossing to Arran the week before. He was now heading up Loch Fyne to Inveraray but hoped to camp at Loch Gair, on the far side of Loch Fyne, that night.

I casually said that I thought he must have a very understanding employer to have so much time on the water. He just laughed and told me his age and that he had retired years ago. It would be rude to say exactly how old Roger was, but let me just say that Phil and I hope that we are as full of life and adventure, when we are that age!

All too soon, we sadly had to say farewell to Roger and recover our shuttle car from Portavadie.
Posted by Douglas Wilcox at 7:00 am No comments: