From the sublime to the ridiculous in the West Kyle. 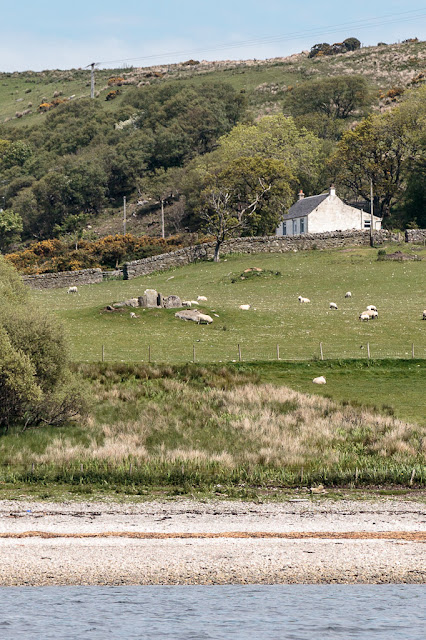 As the two sides of the West Kyle of Bute gathered towards us we came to Kilmichael. In the field in front of the cottage there is a chambered cairn called St Michael's grave. St. Michael founded a church near by but this cairn predates the Christian era by about 2,000 years. 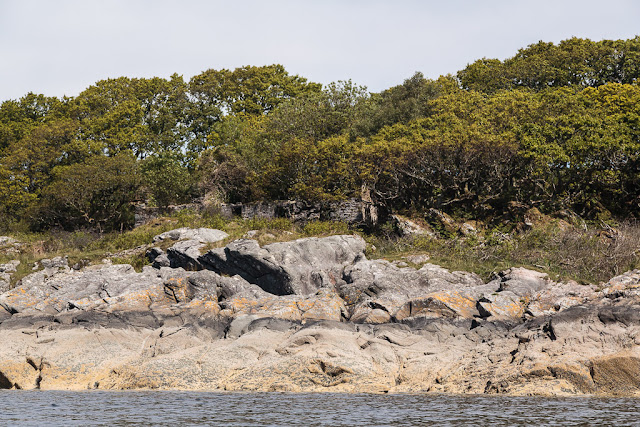 Just round the coast from the cairn is the ruin of this abandoned house. It was the ferryman's house for the ferry that ran from Kilmichael on Bute to Blair's ferry on the Cowal side of the kyle. Although the rocks look too inhospitable for landing, there is a little cut with a jetty just to the NW of the house. The ferry was established in 1769 and ran until 1940 when it was closed due to WW2 military operations and exercises in the area. The house was occupied until that time. The ferry man operated the premises as an inn called "The Bottle and Glass Inn". Unfortunately we had arrived well after closing time. 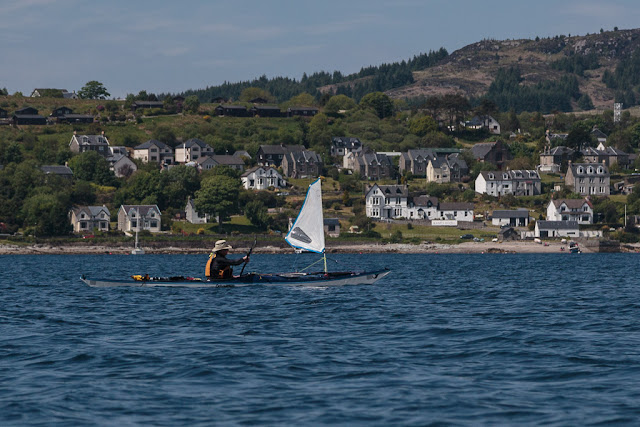 The Kames Hotel on the opposite side of the Kyle  was open but as it was such a glorious day we decided to stay in the sun for our second luncheon. Amazingly a southerly thermal wind picked up and gave... 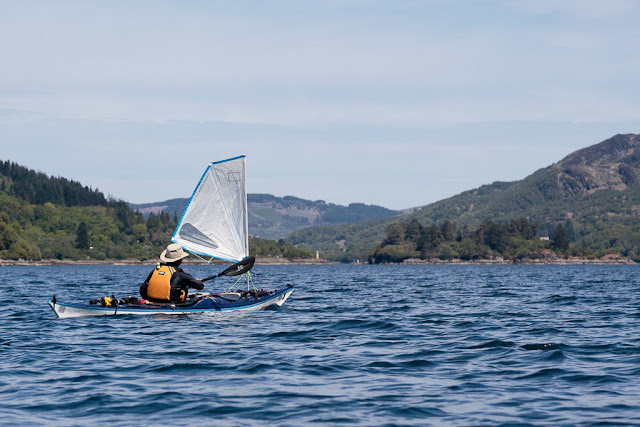 ...us a little assistance past Tighnabruich to Caladh Harbour at the north end of the kyle. 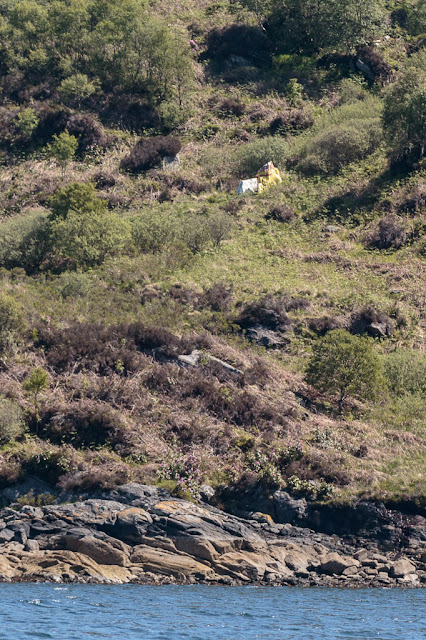 Then at the north end of Bute we passed blow two garishly painted rocks known as the Maids of Bute. 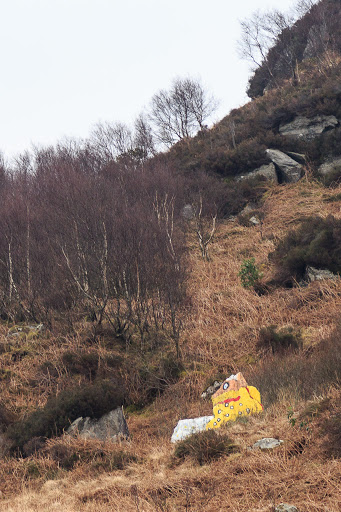 As you can see from this close up from our March trip, they look nothing like "maids". I doubt they will be as long lasting as the chambered cairn at Kilmichael. 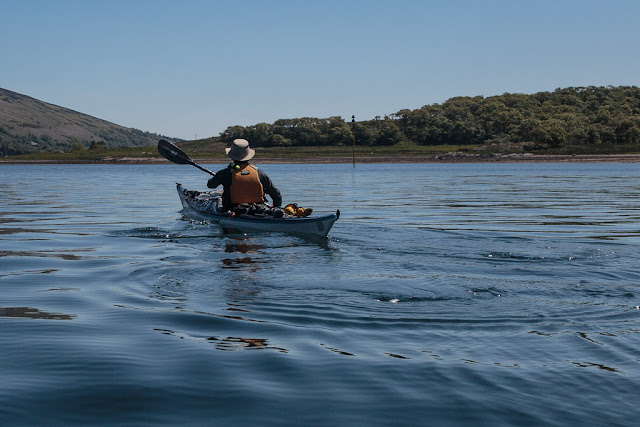 After a short paddle through the tidal south channel at the Burnt Islands we arrived back...

...at the ferry terminal at Rhubodach just as the MV Loch Dunvegan was pulling away from the jetty. Our  four day trip from the Kyles of Bute to Loch Fyne and Inchmarnock was now over. Sadly the Scottish summer of 2015 seemed to coincide with those four days and it would be some time before we went on a camping trip again. 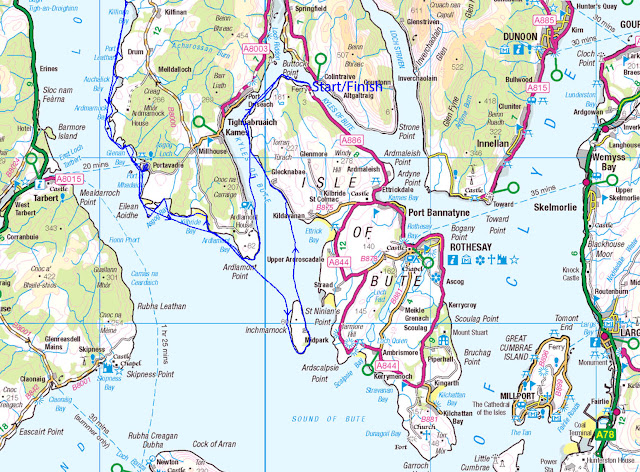 We took the Calmac ferry to Bute from Wemyss Bay then drove from Rothesay to Rhubodach. We covered 91km in 3 whole days paddling.

Posted by Douglas Wilcox at 2:04 pm No comments: