Paddle strokes in the wake of the brush strokes of the colourists at Eilean Annraidh. 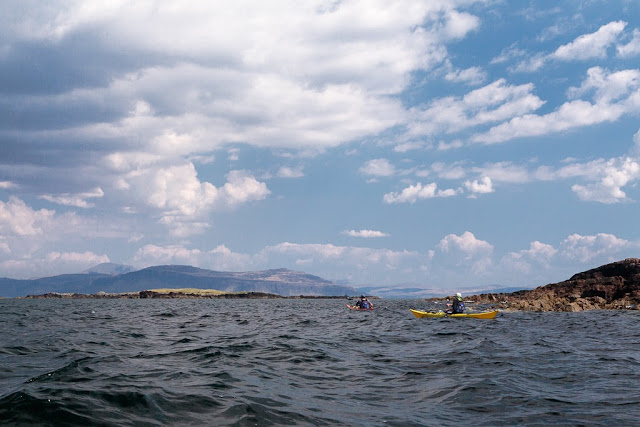 We were now paddling towards the north end of Iona and the dark reefs of Eilean Annraidh (commonly thought to be island of the storm but may also mean island of the prince). 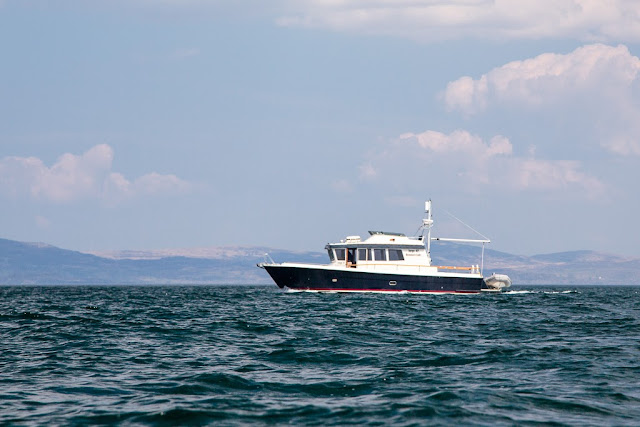 We were not the only ones enjoying the waters of Iona. This is MV Benmore Lady the Benmore Estate's motor yacht. 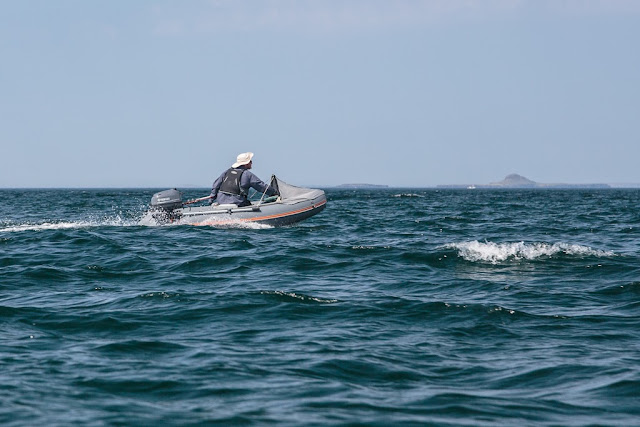 Donald nipped ahead in his F-RIB to our next rendezvous at... 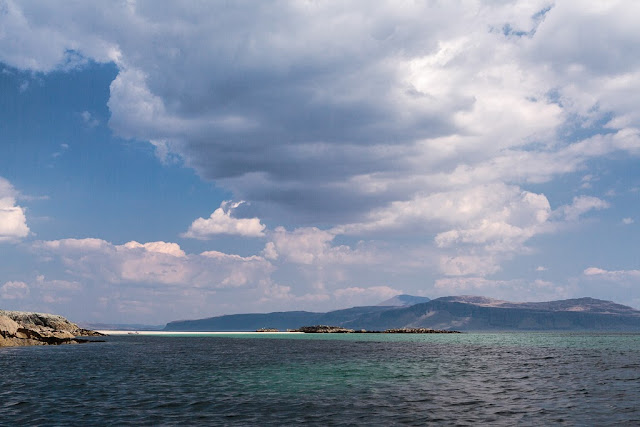 ...the truly stunning tombola beach at the east end of Eilean Annraidh. The quality of the light here is remarkable and produces vivid contrasting colours in the clear water of the sea ranging from ultramarine to green to turquoise. The dark rocks also contrast with the dazzling white sand and the deep blue of the sky contrasts with the white and grey of clouds thrown up by distant Ben More. 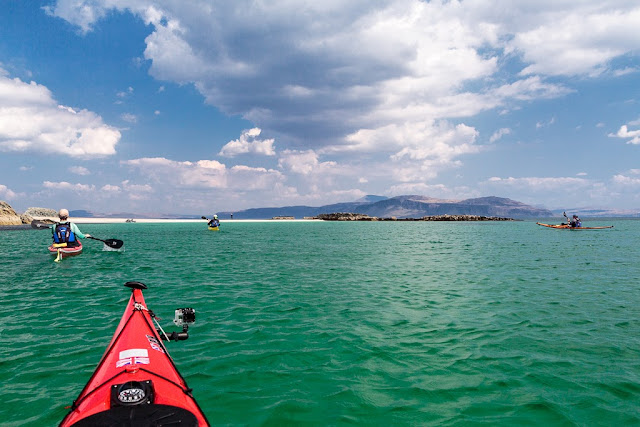 We drifted slowly into the beach wanting to savour the moment as long as possible. 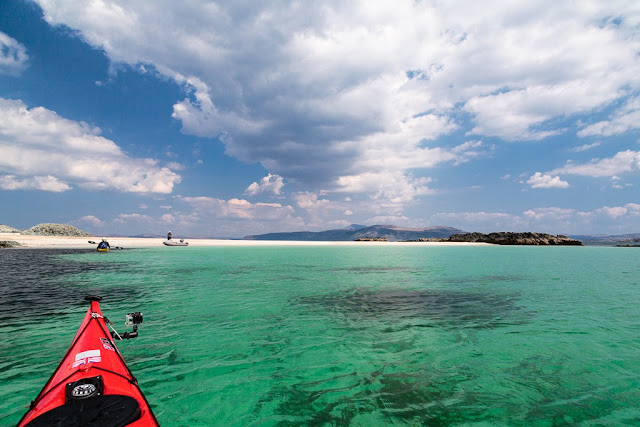 The water was so clear that we almost felt we were floating in air above the sand and rocks on the sea bed. 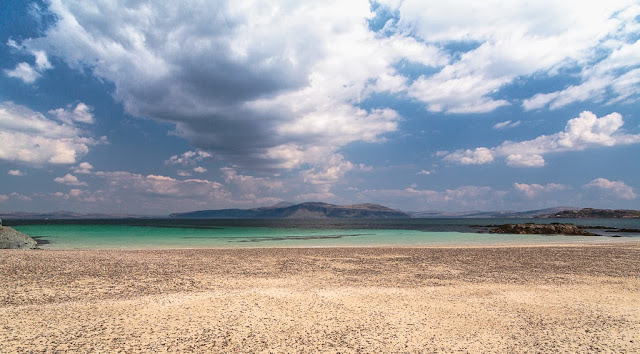 We had this amazing spot to ourselves but just across the water... 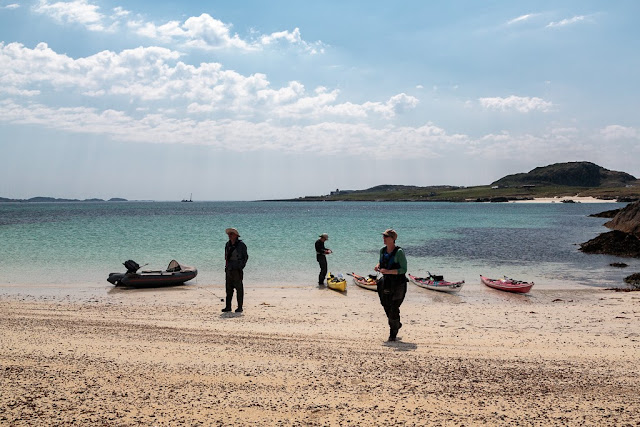 ...on Iona the beaches were crawling with tourists. 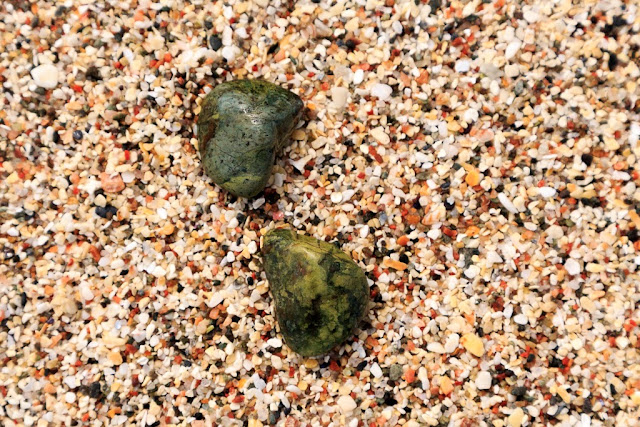 We spent some time beachcombing for pebbles and cowries before... 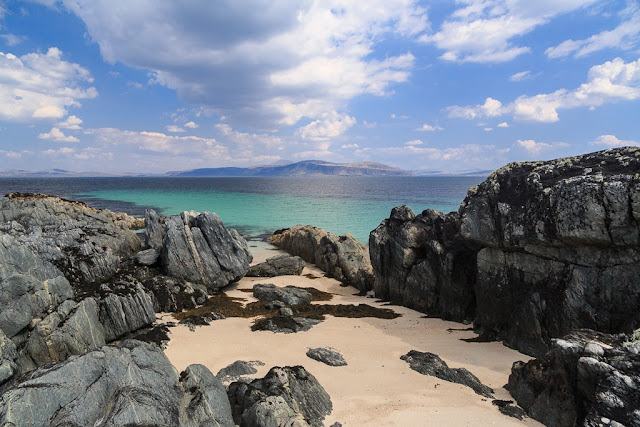 ...enjoying this view over our second luncheon. Even though you have never been here you might find it strangely familiar, especially if you grew up in Scotland in the 1950's. In the years of austerity following WW2 there had been few  ornaments in peoples' houses but as the economy improved so did the desire to hang things on the wall. Many chose three flying ceramic mallard ducks. However, in some homes a print of a painting by one of the Scottish colourists was the order of the day.  Eilean Annraidh was particularly popular as in this... 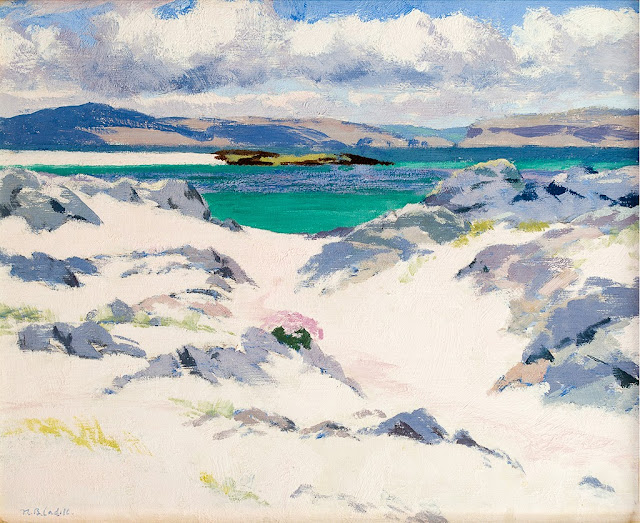 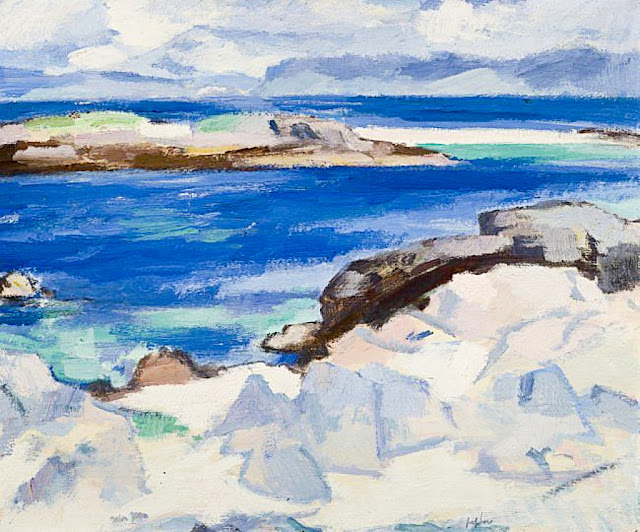 ...this one by Peploe. Their bold brush strokes and contrasting colours were influenced by the French impressionists but there is an accuracy in their painting which still allows individual rock formations on the beach to be identified over 100 years after they were painted.