Swanning about in the Queen's Harbour. 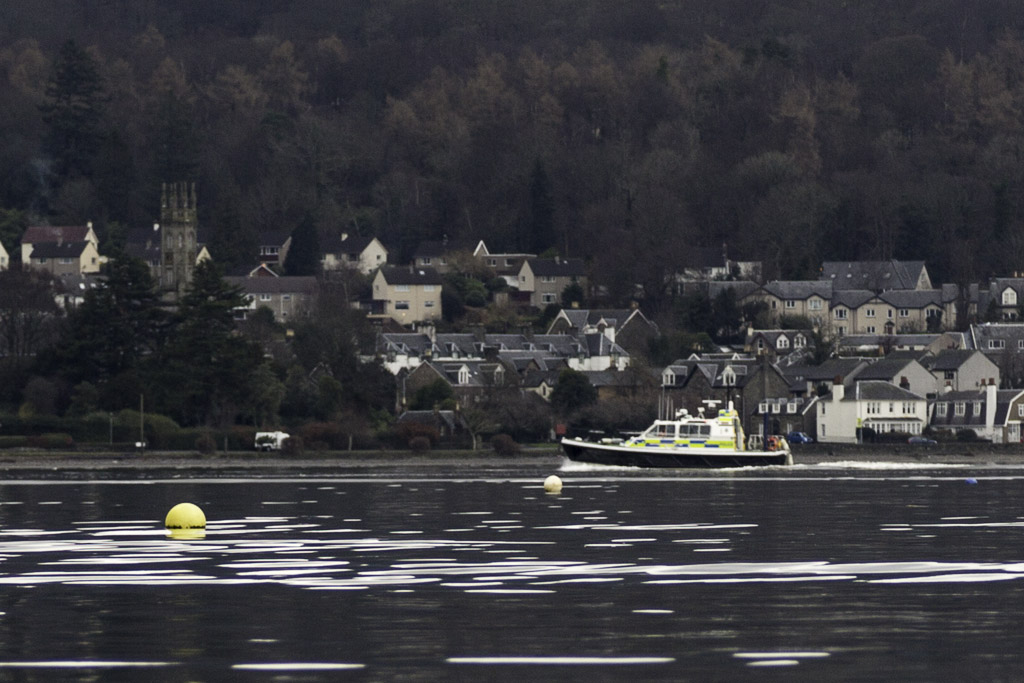 As we paddled north towards the restricted zone at the Rhu narrows another MOS Police launch proceeded through followed by... 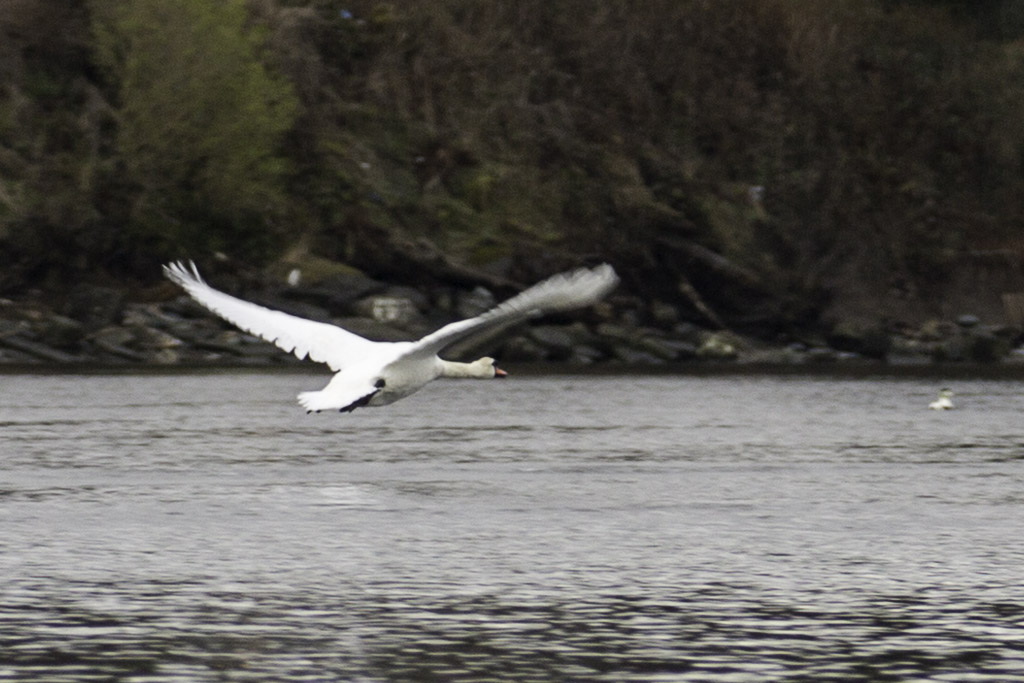 ...this swan. Neither asked permission from Queen's Harbour Master, Faslane.  However, even the swan would have shown up on... 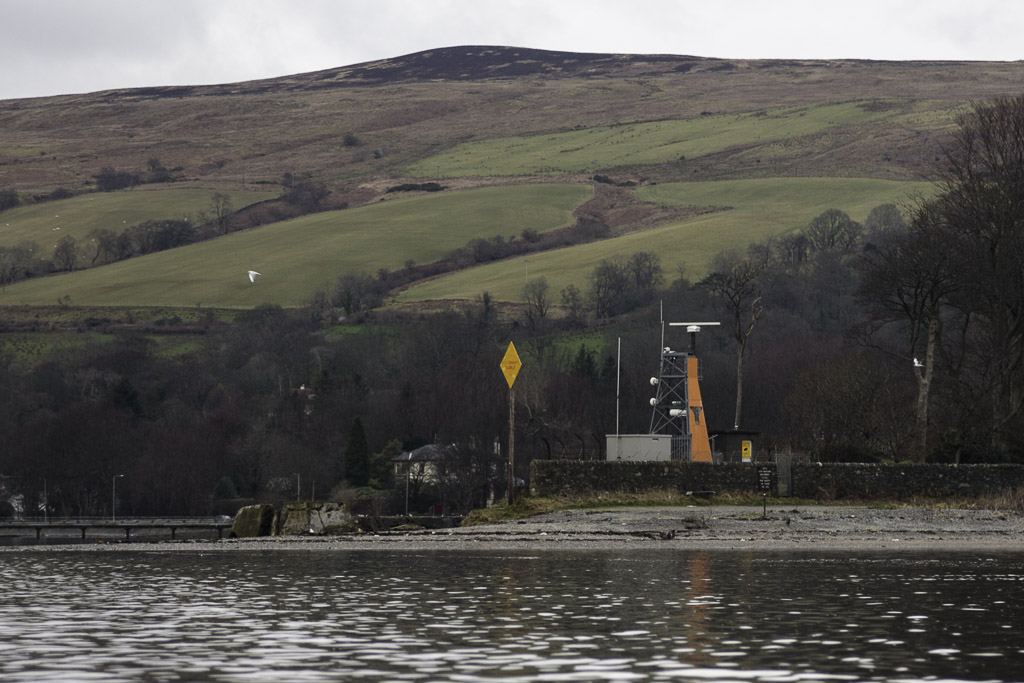 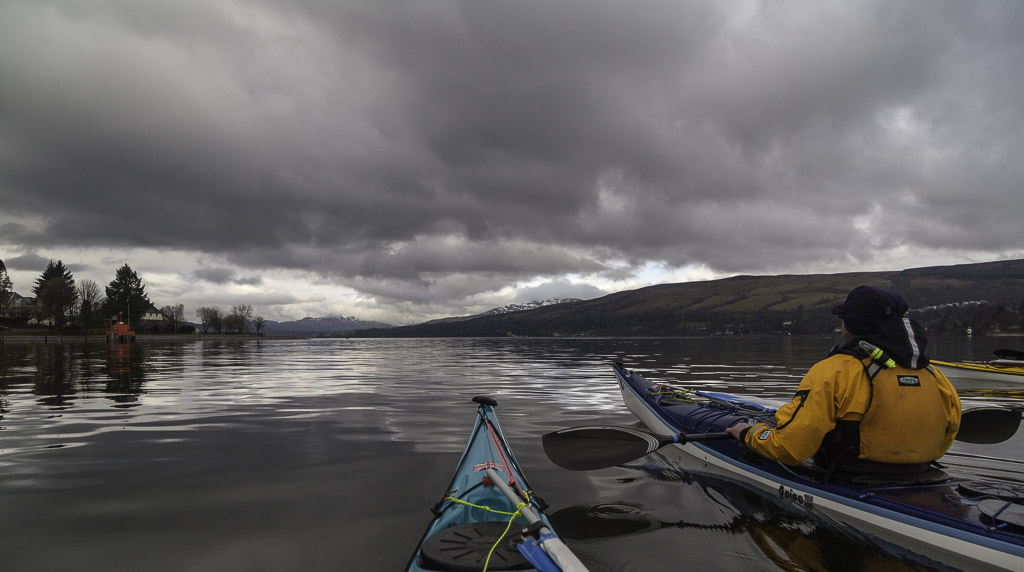 So we stopped before the narrows on got the VHF out... 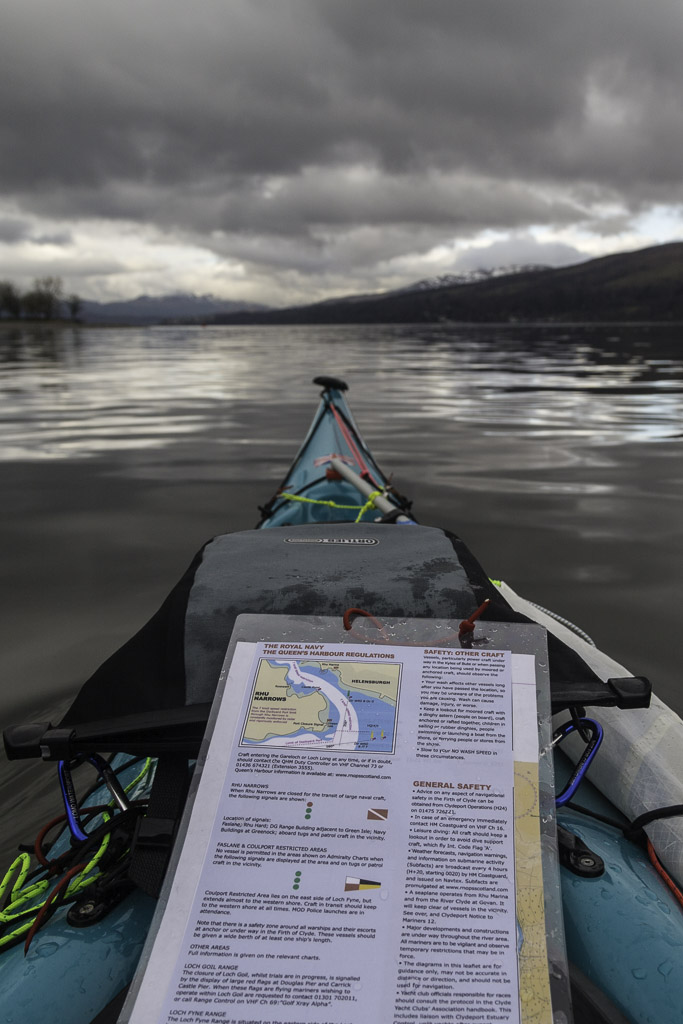 Before they were taken over, Clydeport used to have a nice PDF for recreational users with the various regulations, signals and prohibited areas in the Clyde. Unfortunately it has yet to make an appearance on the new Peelports.com website. You can download copies of both sides of the original leaflet from my public Dropbox folder here and here.

If you do not ask permission of QHM, you can expect the attention of one of the many armed MOD Police launches. The Royal Navy are very sensitive about sea kayakers in the Clyde. In the 1960's Hamish Gow used a kayak in a CND protest against Polaris nuclear submarines. He tried and climb the anchor chain of an American Navy supply ship in the Holy Loch. Later he and his wife became the first sea kayakers to paddle out to St Kilda.
Posted by Douglas Wilcox at 10:10 pm No comments: