Drouthy kayakers give Ballantrae a miss. 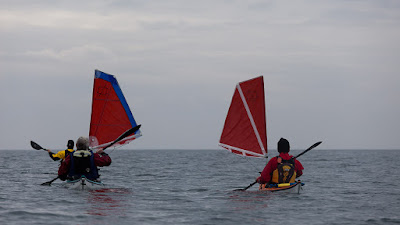 Rounding Bennane Head, we set off across the expanse of Ballantrae Bay. 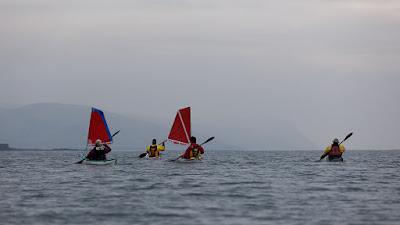 Once clear of the head, a little northerly breeze brought the sails to life... 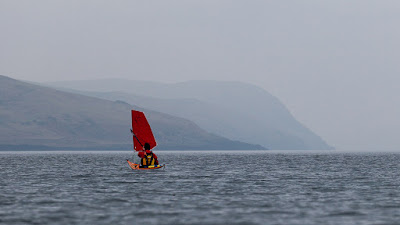 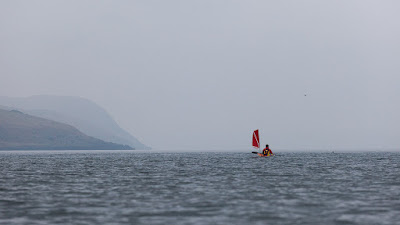 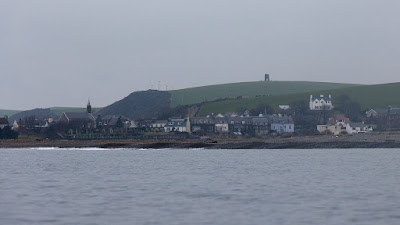 ...the village of Ballantrae. The name has Gaelic origins from Baile an Traigh, the village of the beach. It does have a very big beach. However, this name only dates back to 1617. Prior to that it was called Kirkcudbright Innertig. Apparently the Laird of Bargany who rebuilt the ancient Kirk of St Cuthbert at the mouth of the River Tig had a penchant for the Gaelic!

The little church has a stained glass window in memory of Elsie Mackay. She was the third daughter of the Earl of Inchcape, whose family lived in nearby Glenapp Castle. Elsie was one of the first women to own and fly her own plane and sadly, in March 1928, she died in an unsuccessful attempt to fly across the Atlantic from east to west.

The stone tower on the skyline is the remains of a windmill which was built in 1684. 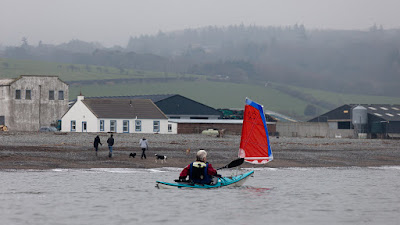 Sadly Ballantrae turn its back to the beach... 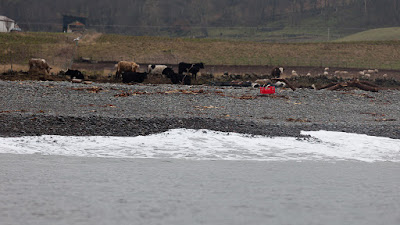 ...and we didn't much feel like landing in the surf any way. This was a pity as it was time for first luncheon and we had a drouth on us.
Posted by Douglas Wilcox at 7:00 am No comments: