By paddle, sail and oar across Whiting Bay. 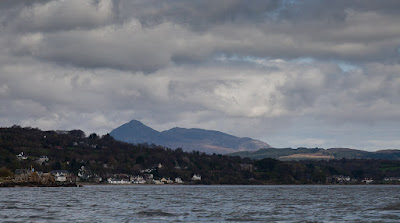 We now entered Whiting Bay and caught our first sign of the eponymous village, below the heights of Goatfell. 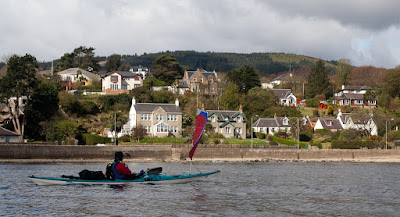 A large sea wall protects the attractive villas and just before we arrived it had been put to good use. The wake of the Troon to Larne had been crashing into it. 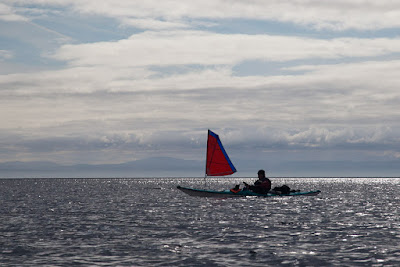 We continued to speed on our way under sail and.. 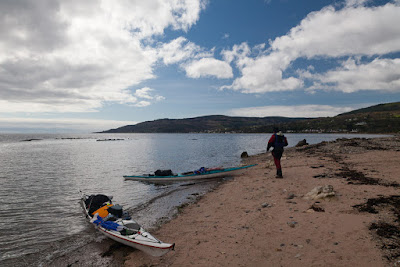 ...landed near Kingscross Point at the north end of Whiting Bay for... 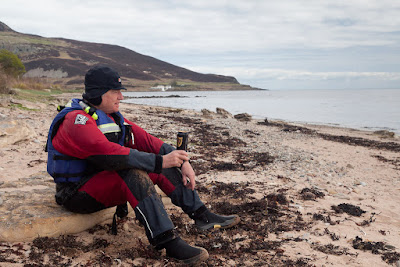 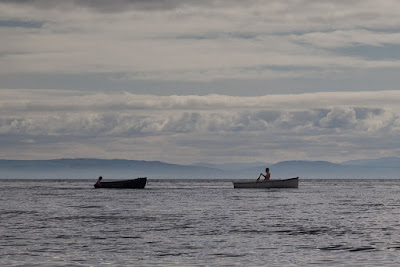 ...we were entertained by these two. It appeared that the younger lad had been blown away by the fresh wind. He did not seem to have oars and the older lad went to his aid and towed him (with some effort) back to shore.
Posted by Douglas Wilcox at 7:07 am No comments: