Threading the Needle's Eye with the Cetus LV! 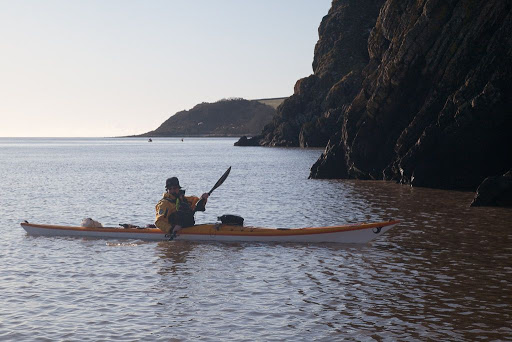 The staff of seakayakphoto.com are currently puting the P&H Cetus LV through its paces for Ocean Paddler magazine. So far we have taken her to Mull in the Inner Hebrides, Loch Creran in the Firth of Lorn, the Mull of Logan in the North Channel, Ballantrae on the Firth of Clyde and here at the Colvend coast in the Solway Firth. We have been particularly keen to see how she compares with other kayaks such as the Rockpool Alaw Bach. 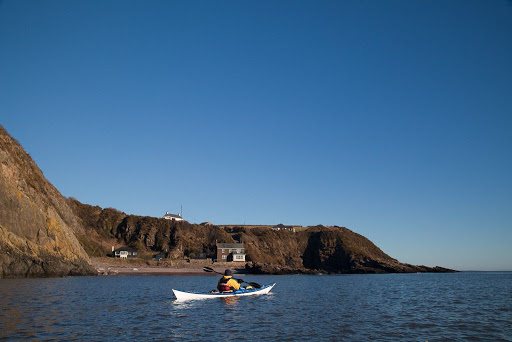 From Gillis Crag we continued eastward past Port o' Warren... 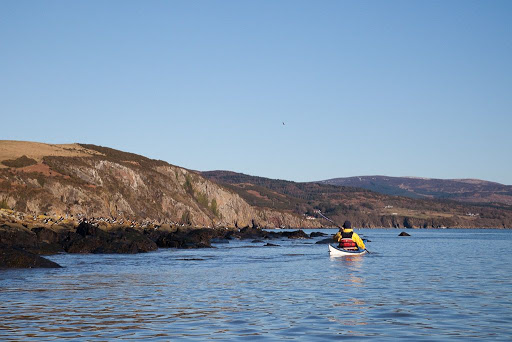 ...and oyster catchers waiting for low tide at Portling, all on our port side,... 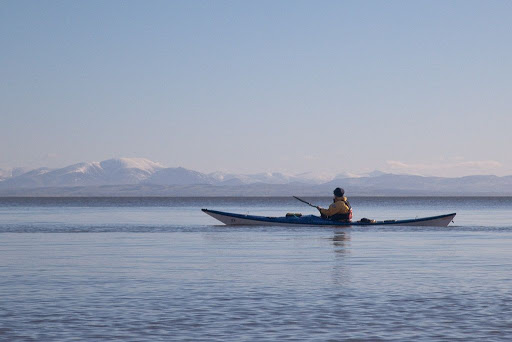 ...with Skiddaw, 931m, and the mountains of the English Lake District on our starboard side, until... 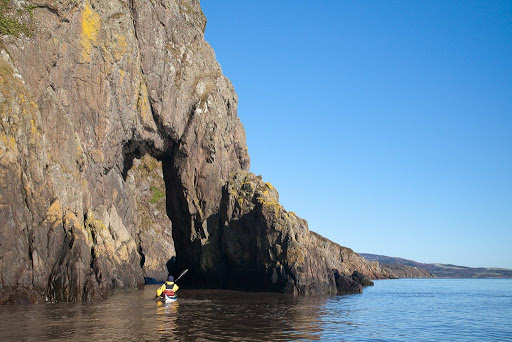 ...we arrived at the magnificent arch called the Needle's Eye! 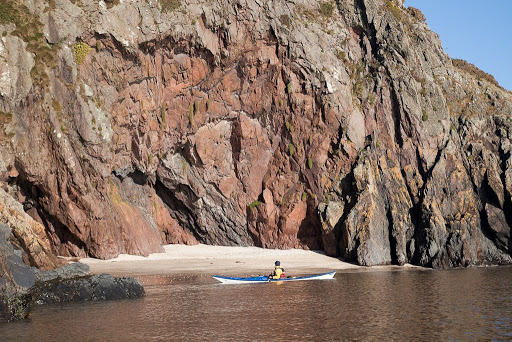 Once through the Eye, we soon came across another of the Solway's treasures. This little cove is not named on modern maps and is completely cut off by steep red cliffs at high tide. 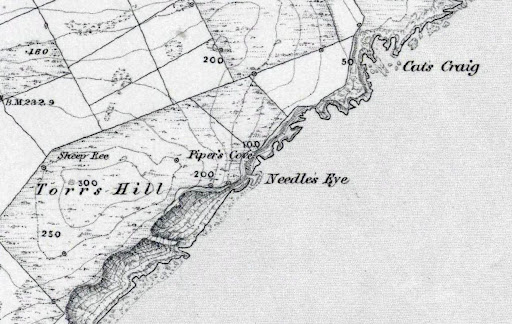 I discovered it is named Piper's Cove on the OS 6" to 1 mile map published in 1854. A cave nearby had green stains of malachite on its walls and was once a copper mine. The name Piper's Cove could equally apply to the cave as in old Gallovidian "cove" could mean cove or cave. 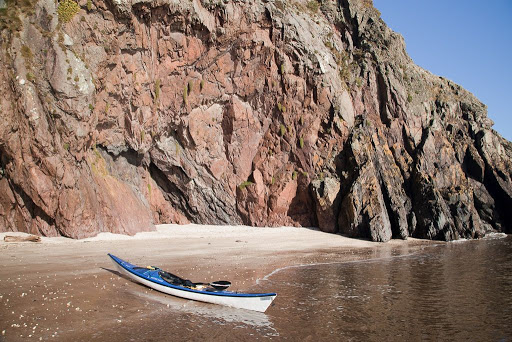 Piper's Cove, what a fantastic name for a special place. What hardships we have to endure, keeping up a busy testing schedule!
Posted by Douglas Wilcox at 10:08 pm No comments: