There be dragons at the end of rainbows in the Clyde! 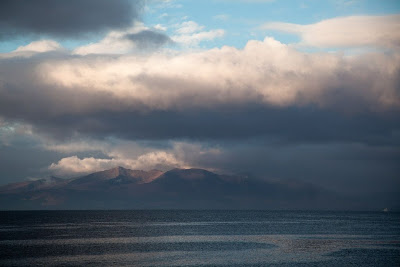 We arrived at Ardrossan ferry terminal at dawn. The low sun was just lighting the mountain tops of Arran. We left two cars here and the four of us drove north to Portencross in my car with the sea kayaks on the trailer. 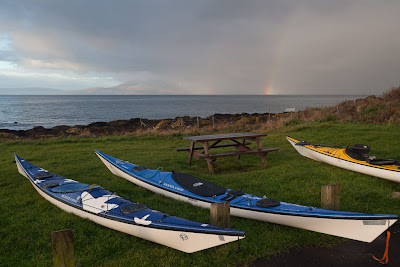 Heavy clouds and rain were blotting out the landscape but just as we were about to be enveloped in wet greyness, a rainbow appeared. 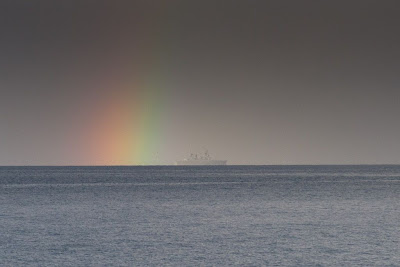 The new type 45 frigate HMS Dragon appeared out of the end of the rainbow. She had arrived off Arran on her first day of sea trials.

Our destination was the Isle of Arran, but it was rapidly being blotted from sight. 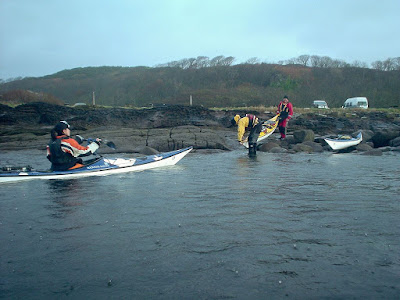 It was a really tricky launch over slippery rocks from the car park at Portencross. I was very grateful for the help Tony and Phil gave me in carrying my kayak and launching it. 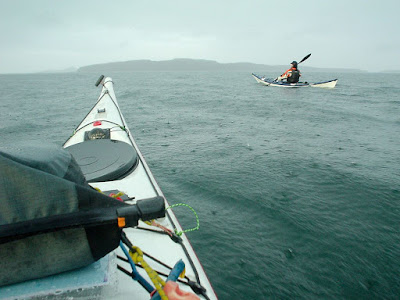 We were soon on the water and Jennifer led the way towards Gull Point on the Wee Cumbrae and our first stop at distant Garroch Head on Bute.
Posted by Douglas Wilcox at 11:53 am No comments: