Dark clouds over (but a warm welcome in) Lochranza. 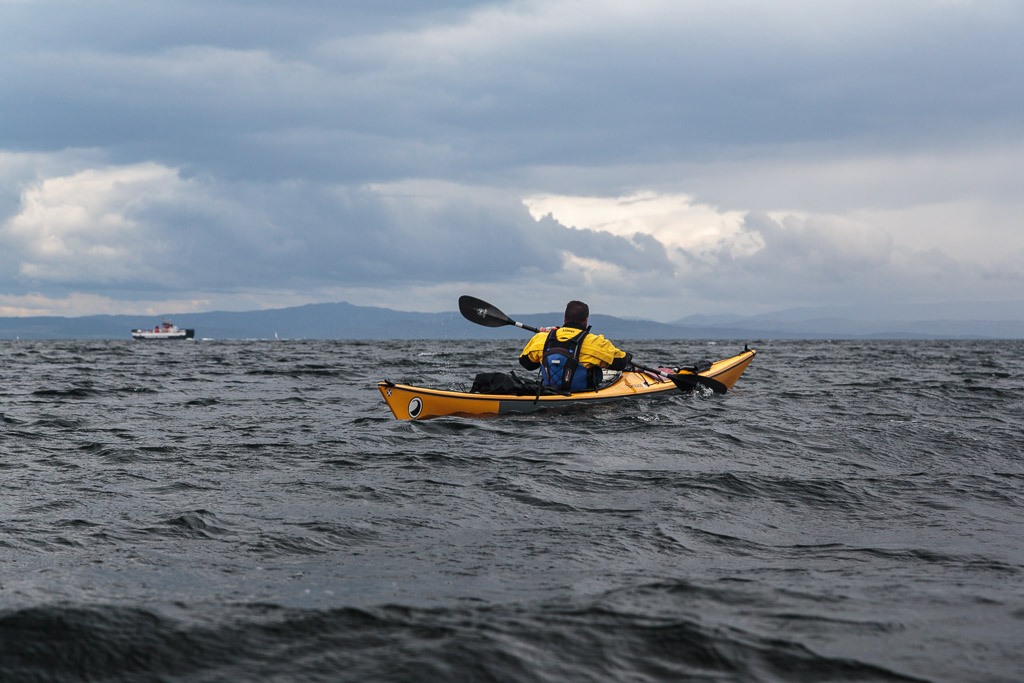 From the shelter of Catacol Bay it was out into the wind again as we paddled round towards Loch Ranza. The entrance to the loch was still hidden beyond a headland but the line of the ferry heading over to Kintyre showed us how far we still had to go. 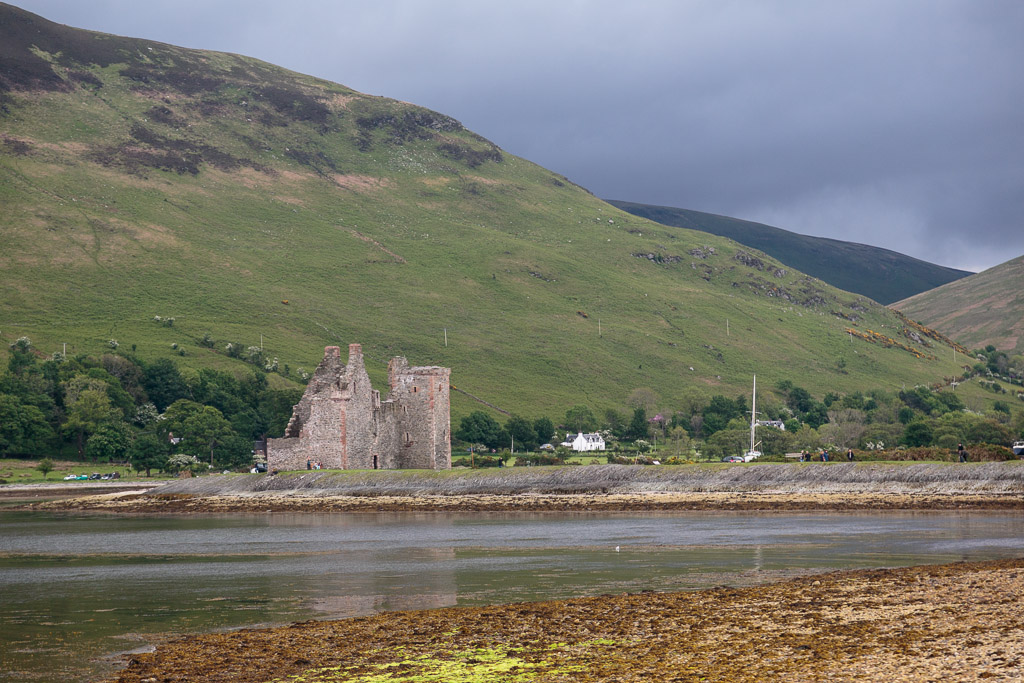 It was great to get shelter in Loch Ranza but we did not waste any time exploring the castle, oh no.. 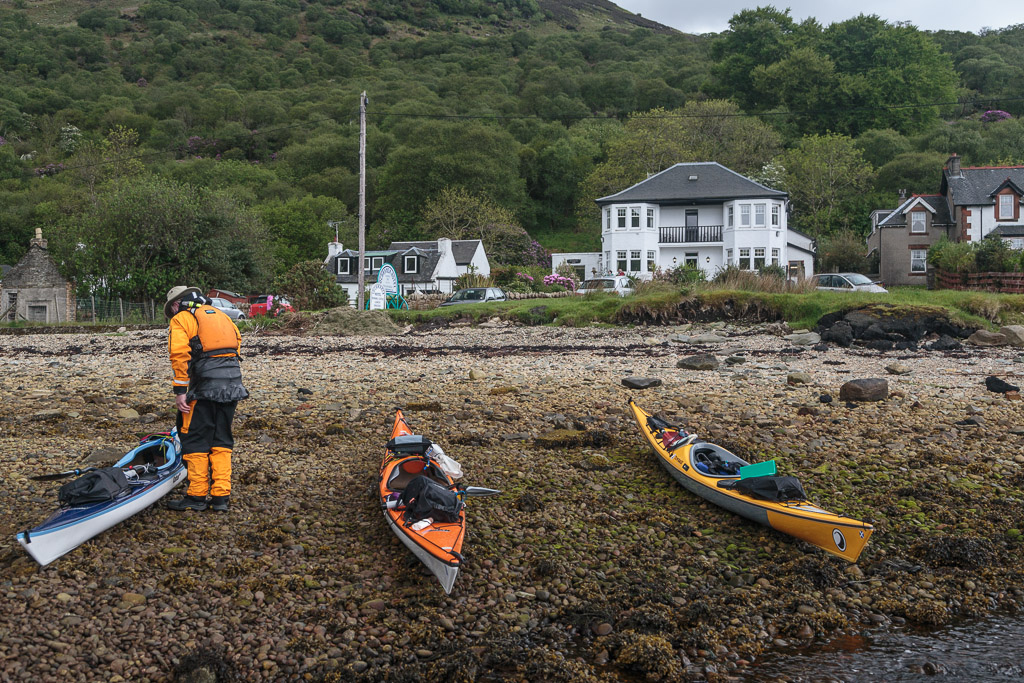 ...we landed immediately below the Lochranza Hotel and made our way straight to the public bar. Despite being in wet kayaking gear we were warmly welcomed and shown to a table. 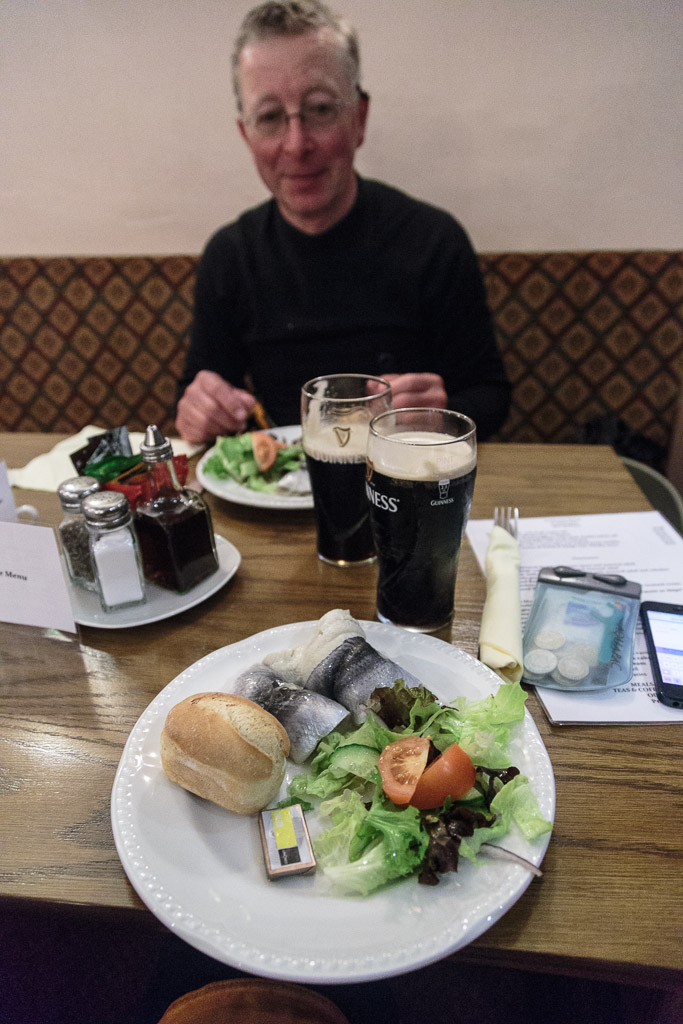 Our starters were delicious sweet roll mop herring and very fresh salad and... 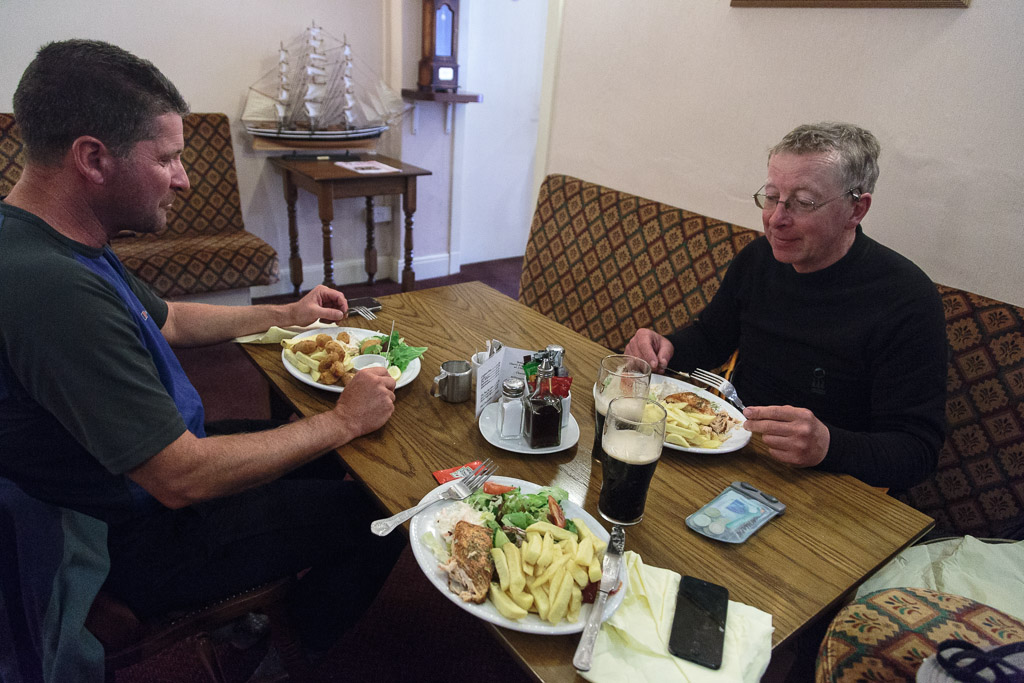 ...for main course we chose scampi and chips and salmon steak and chips. The portions were huge but we soon polished them off and washed the lot down with some Guinness and filtered coffee. All in all the Lochranza Hotel proved to be an excellent sea kayaking pub.We thoroughly recommend a stop here. 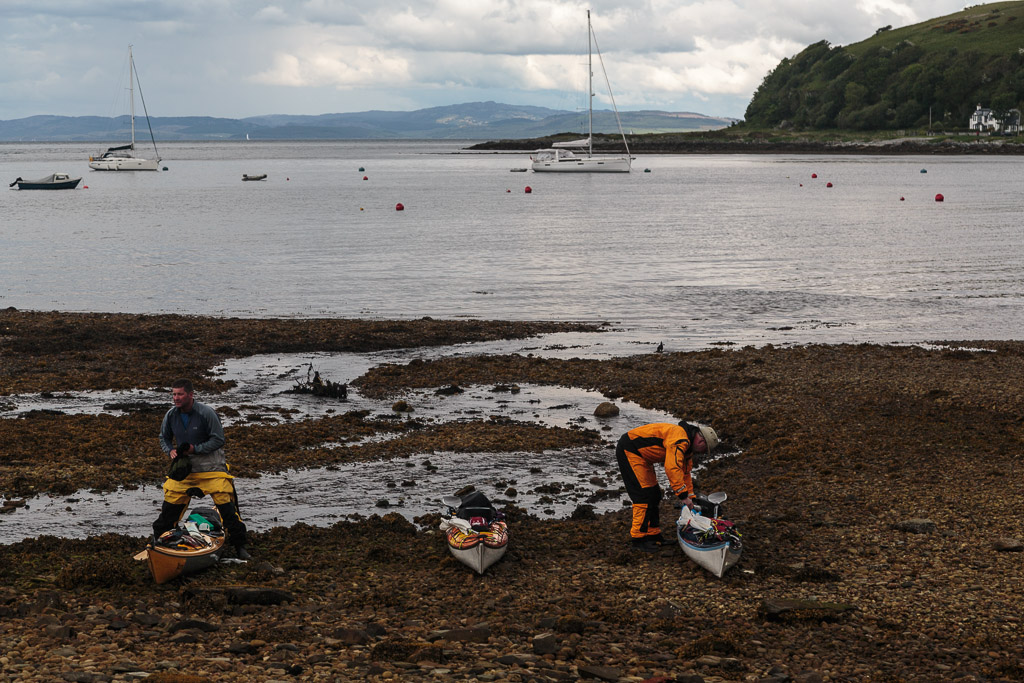 Before leaving one of the visiting yachtsmen came over for a chat. He asked where we were headed and we told him we were going round the Cock of Arran. He warned us that it was rough even in his 38 foot yacht/ After such sage advice, leaving the cosy bar was rather hard. A big squall was approaching and the air temperature had dropped like a stone. Although it was still bright out to sea, that would not last long. A huge dark cloud was rushing down from the mountains above Loch Ranza. Large raindrops began to fall as we put our dry suit tops on. The rigging in the yachts started clanging and those on moorings swung round to face the approaching squall.
Posted by Douglas Wilcox at 7:33 am No comments: