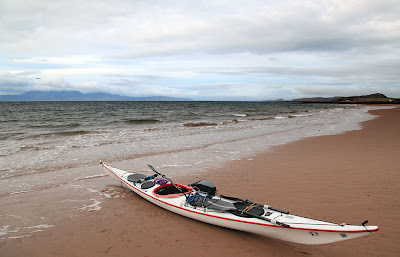 It's been a while since we have been out. I think it's called cabin fever. We found ourselves on the reddish sands in front of the douce Victorian villas of Seamill on the Ayrshire coast. We were bound for the southern end of island of Bute, which is the little pointed peak, a third of the way in from the right hand edge of this photograph. 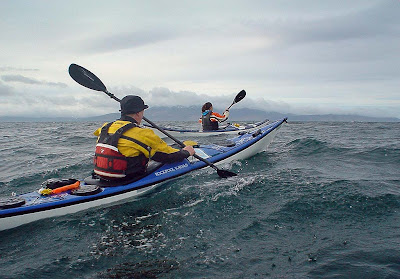 My goodness it was good to be back on the water. We were bound for Glencallum Bay on the southern point of Bute. We have been there lots of times but it is a rewarding paddle. 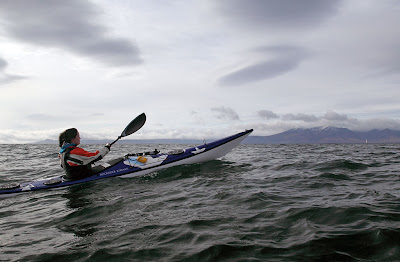 Our bows lifted as the spring flood tide ran against the NW wind. 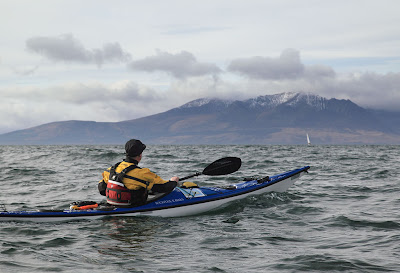 In the distance, the hills of Arran were nearly stripped of the recent snows. 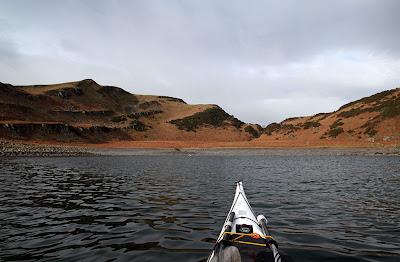 The arms of Glencallum Bay offered us much needed shelter for a lunch break. It is a very special place and we touched foot on its shore just three and a half hours after leaving our front door! 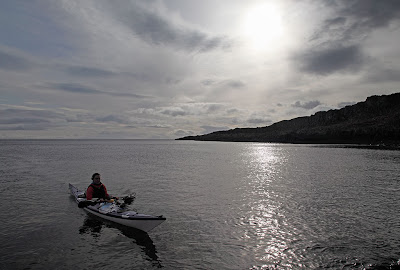 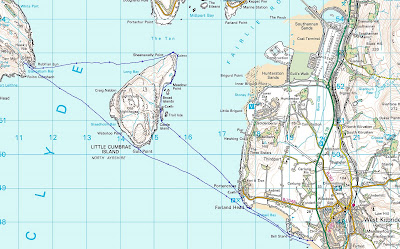 We covered 23.2km and circumnavigated the island of Little Cumbrae on our way to Bute and back.