A sting in the tail of the Sound of Shuna. 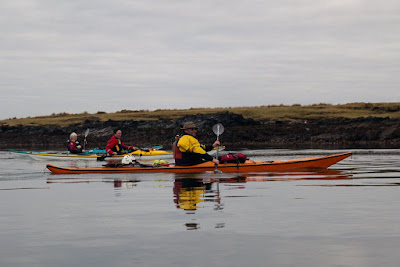 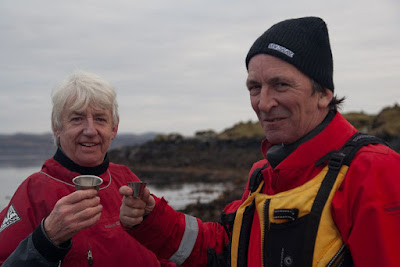 It was time for an extended luncheon, to allow the flood tide to build up sufficiently to assist us on the way home. David produced a whisky snifter that rather outclassed everyone else's, it was just as well it was his round! Fortunately he had brought a plentiful supply of  Welsh Penderyn malt whisky, which is a superb product. Distinct from its northern cousins, it has a mellow fruitiness to savour. There was certainly none of the bitter after taste that can be the sting in the tail of some lesser but aspirant malts. 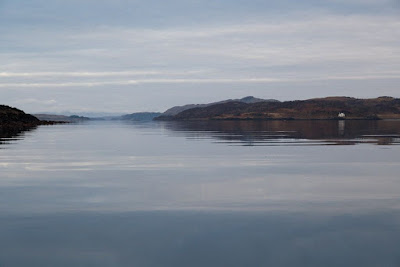 We were now entering the beautiful Sound of Shuna, which stretched away into Seil Sound backed by the mountains of Morvern. 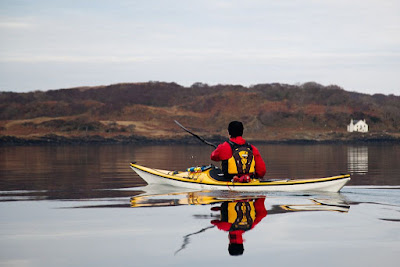 With the tide flooding, we made good time past the remote South End House, a holiday cottage on Shuna.. 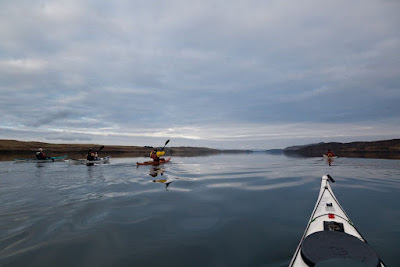 We were enjoying the peace of this beautiful location in some of the calmest conditions we had seen in a year. However, there would be a sting in the tail of this particular Sound...
Posted by Douglas Wilcox at 9:22 pm 2 comments: