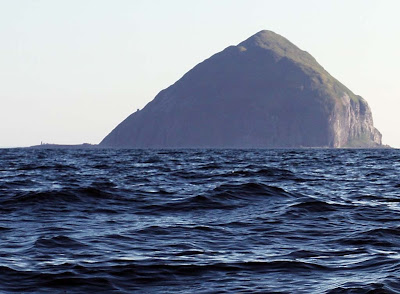 After paddling round Ailsa Craig there was still a nasty swell and force 4 northerly so we decided to explore the island for a bit and have something to eat. Then at 1630 the wind began to drop. I reckoned we would be able to complete the 22km to Arran by nightfall and even if we didn't, the lighthouse on Pladda would guide us. We would need to get going though so as we would be well clear of the high speed ferry from Larne to Troon which was due to pass between Ailsa and Arran about 7pm!

David and Phil graunched the double trying to launch of the steep boulder beach in the swell. There was an ominous crack and the rudder wouldn't work. Rather than risk re-landing I got the rudder out the water and left them to paddle without. 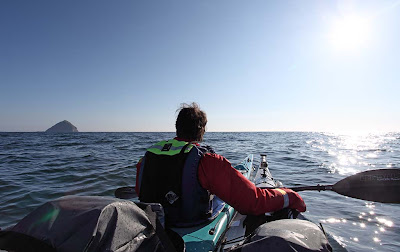 A menacing roaring and rumbling filled the air. The high speed ferry was on her way at 41 knots! 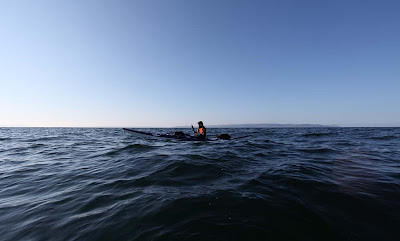 We turned round several times to scan the horizon but we were well out of the way when the ferry passed to the east of us. In the distance you can just see Pladda lighthouse to the right of Jennifer. It felt quite exposed out there! 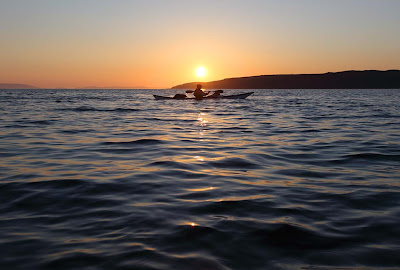 It was a wonderful night for a long crossing and Jennifer and I really enjoyed it... 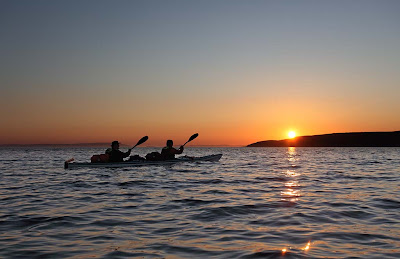 However, all the way across, David and Phil moaned that the double was just about impossible to handle. I thought they were just a couple of wusses who couldn't steer a kayak with only paddles so I had little sympathy. 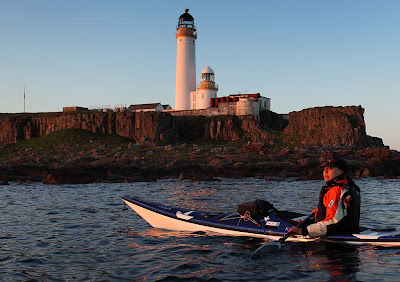 Eventually we made landfall at Pladda. Its early lighthouse has two towers. Before flashing lights were invented, this was to differentiate it from the other lights at the entrance to the Clyde. We had intended camping on Pladda but we discovered the island was completely covered in nesting gulls. Even worse, we discovered the huge centre hatch of the Aleut double was full of water and David and Phil had not enough dry bags for all their clothes and sleeping gear! The next day we discovered the cracking noise was a due to the bulkhead bolts (which fix the two pieces of the Aleut together) loosening off and allowing the bulkheads to flex apart. The bulkhead sealing gasket had been leaking all the way across. No wonder the Aleut was not handling with all that water sloshing about. I did by now feel a little sympathy for the Aleut boys so... 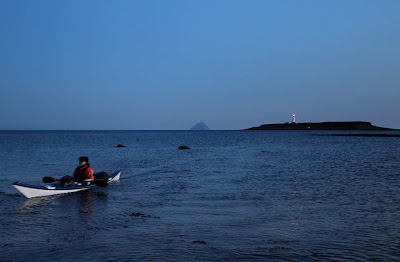 ... time for a sharp exit to Kildonan camp site, a hot shower and the pub! There was a wedding on in the pub, it was like something out the Wicker Man. It was a late night after a long day.

To Arran via Ailsa Craig 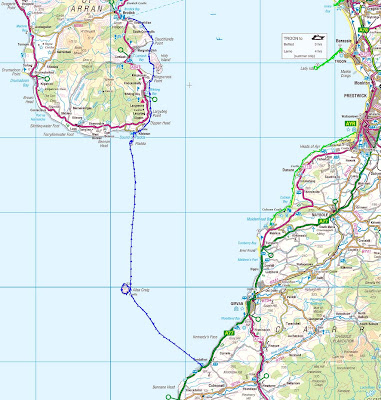 We had originally intended going to Colonsay last Friday night but the easterly winds were up to 35 knots. The forecast for the Clyde on Saturday was for force 3 easterly and on Sunday force 3 southerly so we thought we would go on a little 42km trip to Arran via Ailsa Craig. We met at Lendalfoot on the south Ayrshire coast. 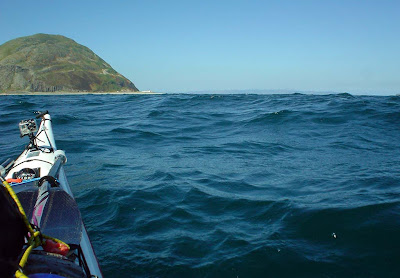 Of course the forecast wasn't quite right and we had a fresh northerly on Saturday. At nearby Campbeltown airport it got up to 19 knots. It made for a bumpy crossing and I thought that we would need to abandon our attempt on Arran. You can see from our track to Ailsa Craig where we got blown down wind on two occasions when the wind really got up. 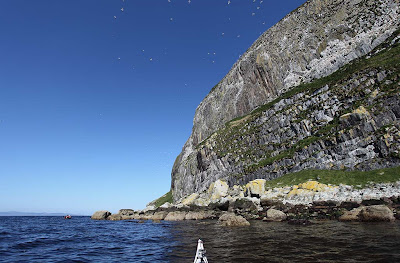 Instead, we decided to paddle round the Craig. On the sheltered southerly side we had amazing views... 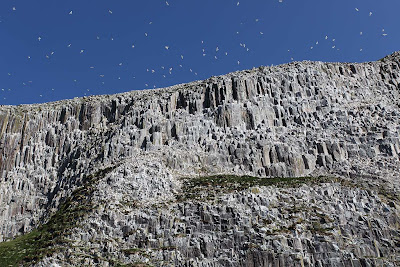 ... of thousands and thousands of nesting gannets and.... 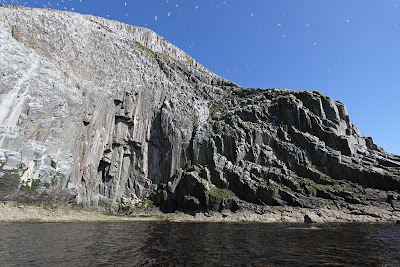