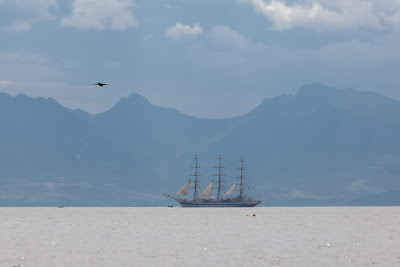 No sooner had we finished our freshly caught fish suppers than the explanation of the VHF radio chatter was apparent. a procession of tall ships was making its way down the Clyde. The leader was Mir, St Petersburg, Russia. She is a 108.8m long square rigged ship  and was built in Poland in 1987. 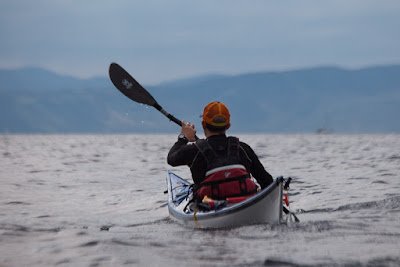 We paddled out to the edge of the shipping channel. 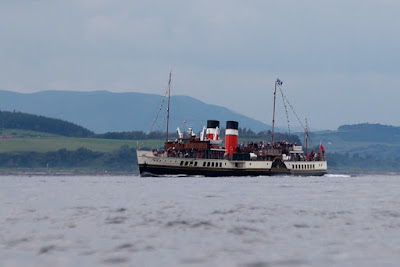 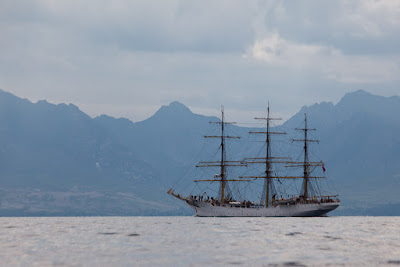 ...a procession of the most beautiful ships. This is Sorlsandet, Kristiansand, Norway. She  is a 64.2m long square rigged ship and was built in 1927. 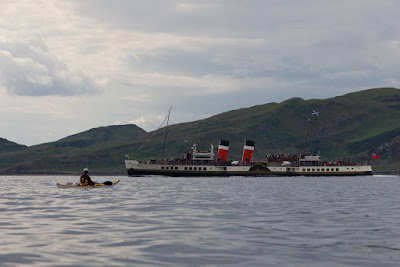 The Waverley was built in Glasgow in 1947 in the Inglis Yard, which is now the site of Glasgow's new transport museum. 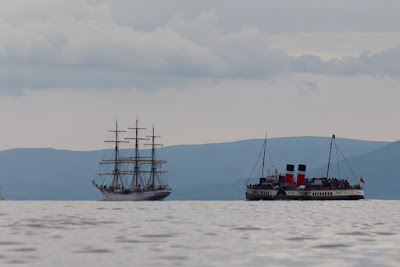 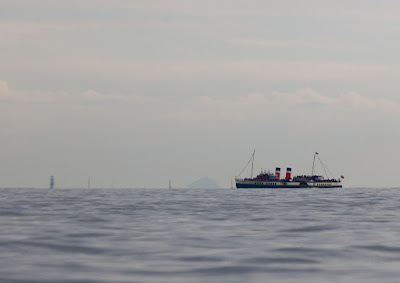 The Waverley now turned round to head back up the Clyde. 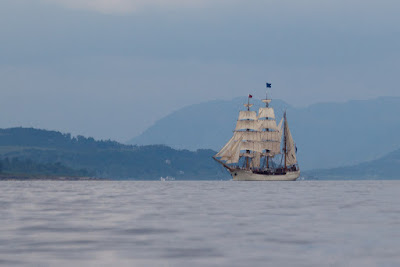 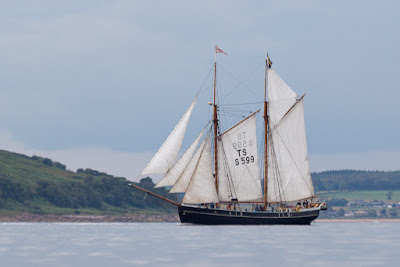 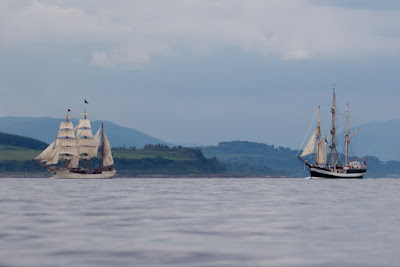 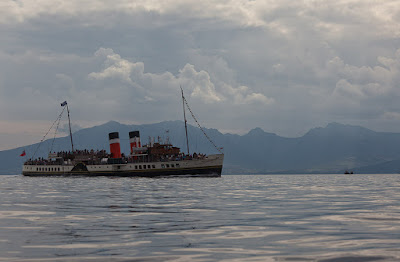 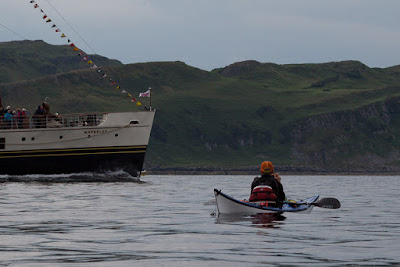 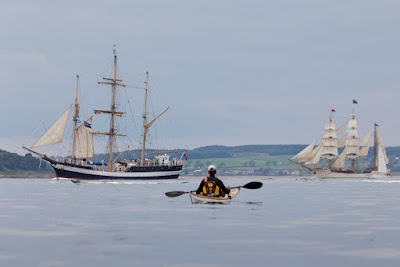 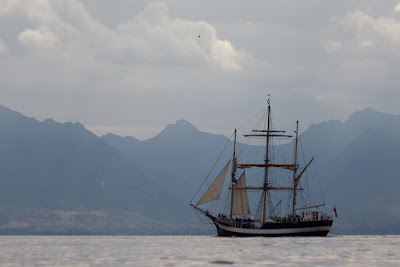 Pelican of London, Weymouth, London, UK. She is a 44.42m long 3 masted barquentine built in 1948. However her rig is a very modern, designed to go to windward much better than a fully square rigged ship. 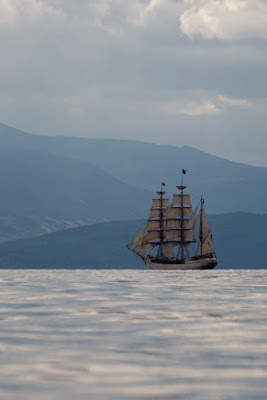 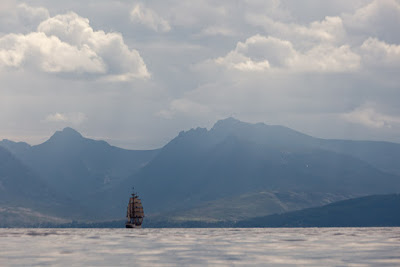 Europa was one of the few to turn right towards the Kilbrannan Sound on the west coast of Arran. 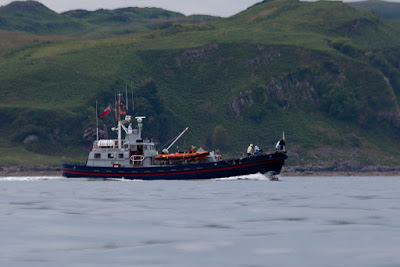 the ex RNLI lifeboat Grace Patterson Ritchie (70-002) is now privately owned and based at Largs. She was built by Yarrows on the Clyde in 1966. She was the first of three Clyde class lifeboats and the first steel hulled RNLI lifeboat. 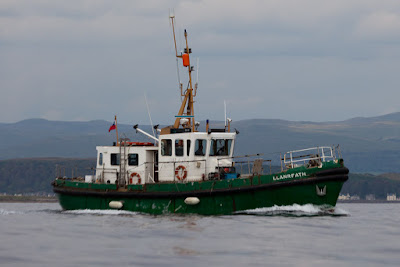 MV Llanreath is a converted Milfordhaven pilot vessel/tug. She is privately owned and based in Girvan. 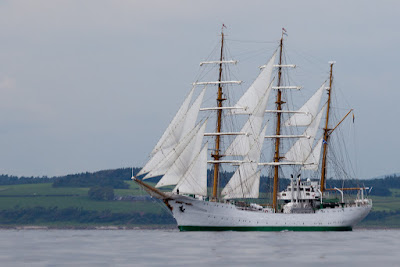 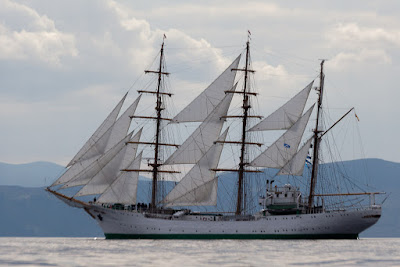 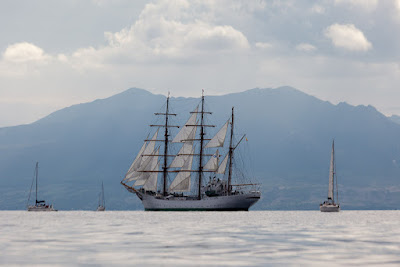 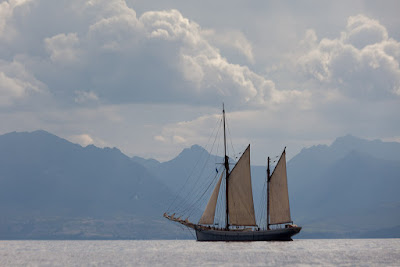 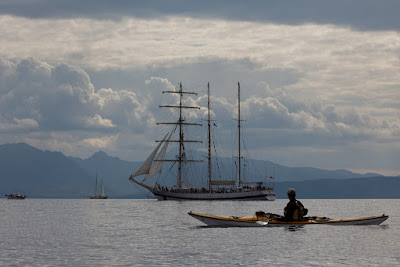 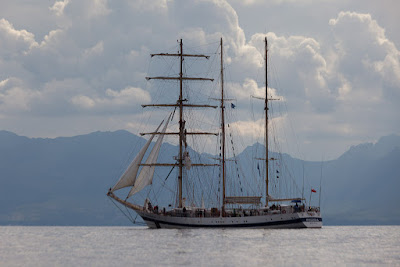 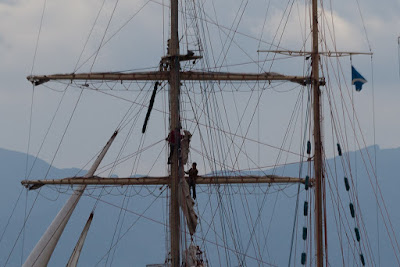 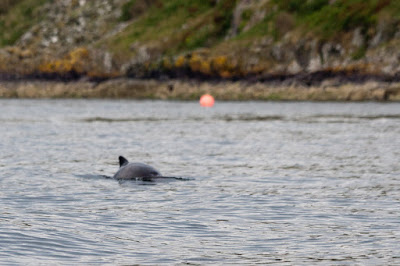 Eventually we decided to land on the Little Cumbrae again but had to paddle past the resident pod of porpoises. 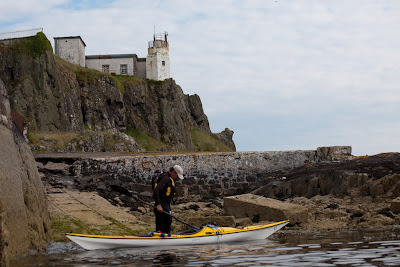 It was time for a well deserved third luncheon... 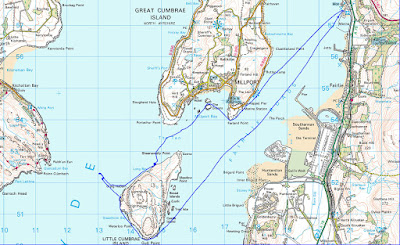 ...then home for tea. All this within an hour's drive of home!

The full list of tall ships in the 2011 tall ships race can be found here.
Posted by Douglas Wilcox at 9:37 pm 4 comments: