Making the most of short winter days. 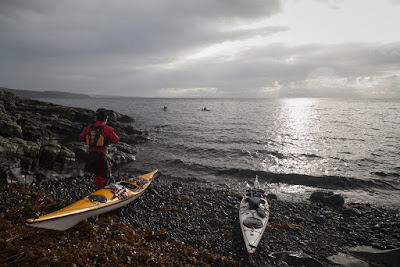 The Firth of Clyde channel is a busy shipping lane, in the past we have met RN nuclear submarines, RN frigates, RFA supply ships, tugs, tankers and bulk carriers here. It was a relief to land safely on Port Leithne on Bute for first luncheon. 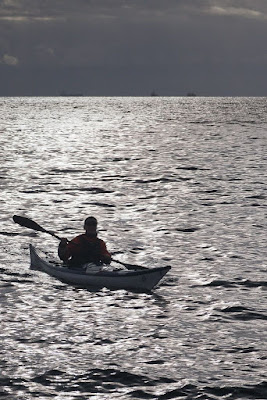 One by one we came into land. In the distance the bulk carrier Grace Future continued down the Firth of Clyde and the Polish tug Cyklops made her way up towing a barge to Greenock. 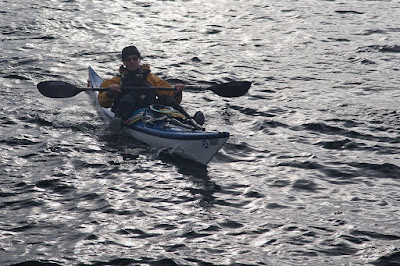 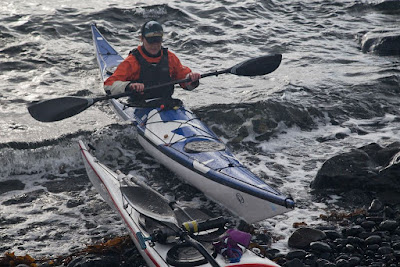 ...than others. Once ashore, we washed our victuals down with a rather fine Isle of Arran single malt Scotch whisky. This particular bottle was from a sherry cask, no 510, which was distilled on 7/4/1997 and bottled on 16/6/2008 (bottle 282/295). It was only 1030am and some might consider this a bit too early to enjoy first luncheon, not to mention a fine malt like this. 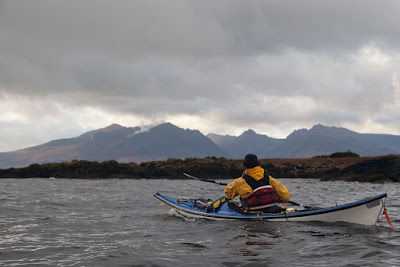 However, I cannot think of a better time nor place to enjoy a whisky, which was distilled under the very mountains we were headed for. 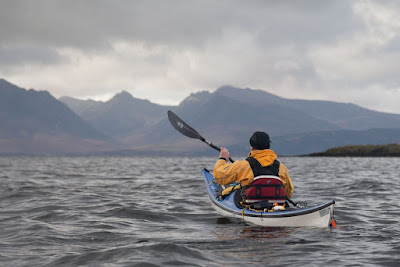 Too early? Not a bit of it, you need to make the most of short winter days. We came here last year with our friend Jim. He had brought some of his favourite malt, Bruichladdich Rocks, which he shared with us. Sadly Jim died earlier this year so we raised our glasses to Jim and continued on our way, thankful of shared, short winter days past but making the most of this one.
Posted by Douglas Wilcox at 7:00 am 3 comments: