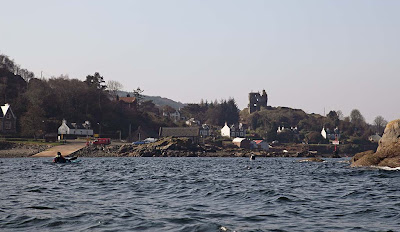 After a breezy crossing of Loch Fyne, we slipped into the shelter of East Loch Tarbert under the grey walls of Tarbert castle. The name Tarbert lets you know that this is a narrow neck of land, separating two arms of the sea and that it was where the Vikings dragged their boats overland from one body of water to the other. 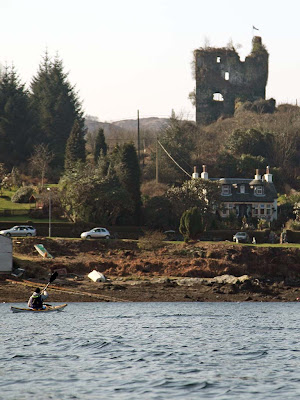 A castle was first built here by Magnus Barelegs in 1068. The present structure dates from the 13th century and was extended by King Robert the Bruce in 1325. The tower house, which is the most visible part of the ruins today, was added by King James IV in 1494. 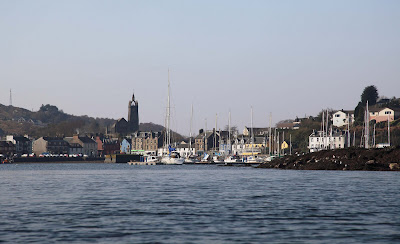 We paddled deep into the recesses of the Loch and came to the small town of Tarbert with its multicoloured houses and rattling yacht masts. 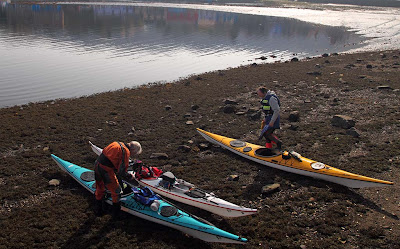 We landed on a patch of seaweed... 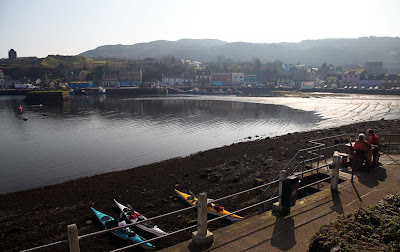 ...from previous experience, the mud at low tide is very foul smelling! 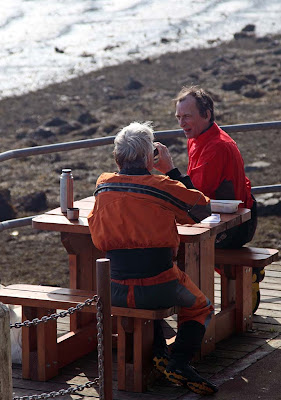 We enjoyed a lunch in the early spring sunshine, while waiting for the ferry to arrive. 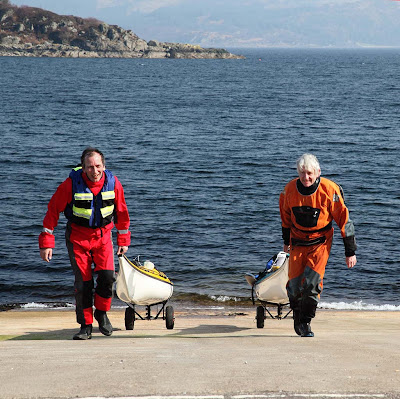 After lunch we paddled back to the ferry jetty at the mouth of the loch. CalMac have recently changed their policy on carrying kayaks on ferries. They used to charge a flat £5 per single trip but they now go free! The only thing is, you need to be able to load and unload the kayaks yourself and not cause delay to the rest of the ferry traffic. A trolley is really the only sensible way to achieve this, especially if you are loaded with camping gear