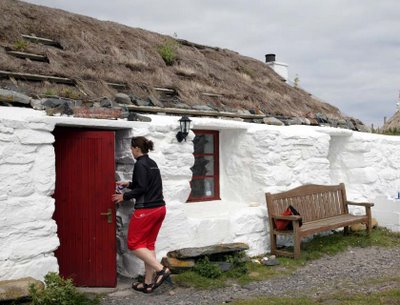 For centuries the unlocked door has been a feature of the hospitality of remote Highland and Island communities. Perhaps it has grown from an inate trust in human nature, or the need to take shelter from the frequent and sudden deteriorations in the weather. Some unkind commentators have said the houses had nothing worth stealing. Whatever, it is an enduring sign of an alternative approach to life in remote communities that has survived to the 21st century. 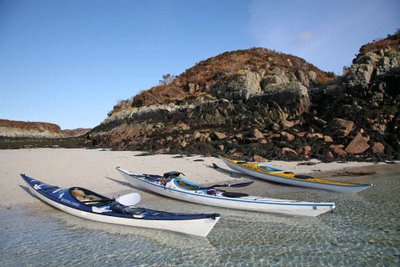 The lovely little island of Colonsay which lies in the Inner Hebrides between Jura and Mull, is studded with dazzling white shell sand beaches. On the machair behind the beaches lives the corncrake which is one the rarest birds in Britain. It shares the island with some wild goats, descended from those who survived the wrecking of a Spanish warship from the Armada. There are also 100 human residents who do not lock their doors.

Unfortunately the island has just suffered its first crime in 7 years. A visiting workman from Glasgow sold a crofter a bag of wood. After the crofter left the house, the workman returned and stole £60 from the money tin. (There is no bank on the island.) Fortunately the loss was discovered on a day when there was no ferry. The workman was detained by the island's joiner who is also a special constable. The thief was escorted to the ferry the next day and was arrested by police on the mainland.

A resident said "We are a close-knit community and we won't change our lifestyle."
Posted by Douglas Wilcox at 6:30 am 1 comment: