Maritime conditions moderated but the 5D mainboard didn't much like the Moidart moisture. 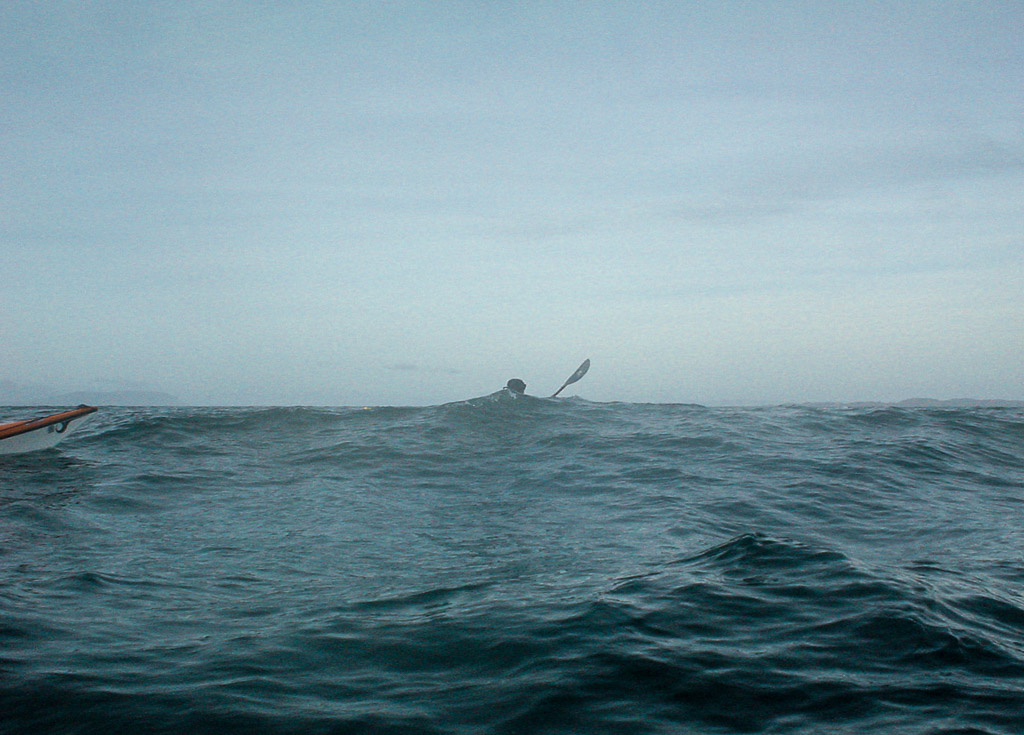 It was not possible to take photos for some time after we left Ardtoe but as we paddled north we came into the lee of Eigg (some 18km away to the NW) and... 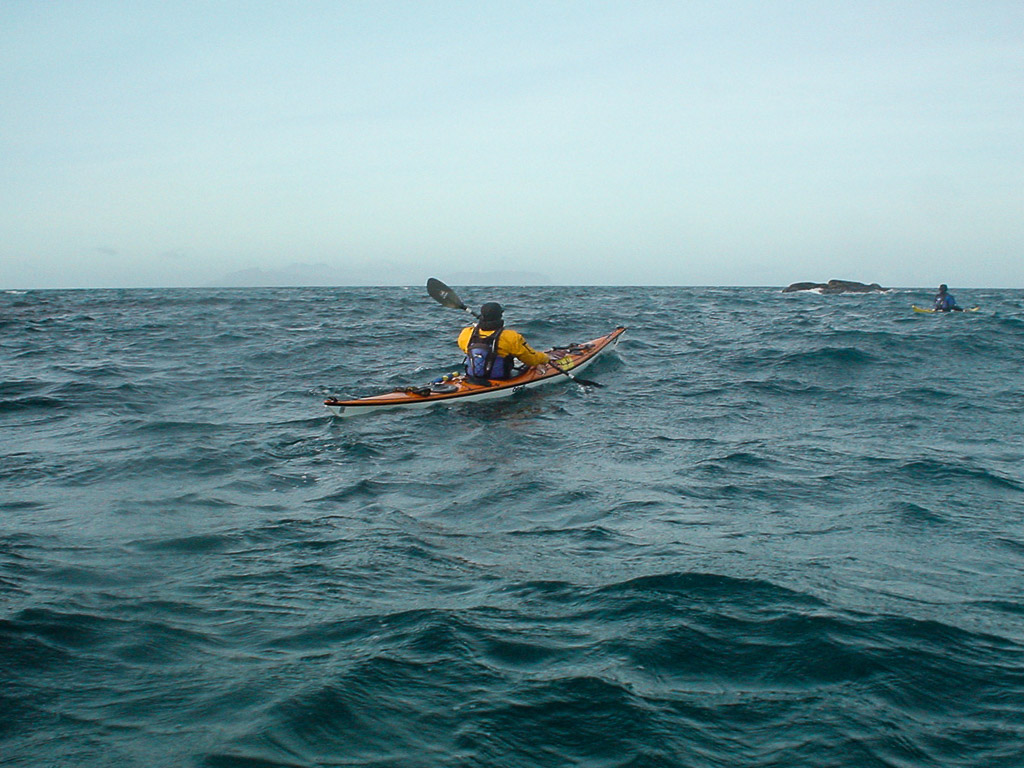 ...the seas gradually became calmer. We took it slowly and steadily as submerged reefs were creating unexpected breaking boomers. 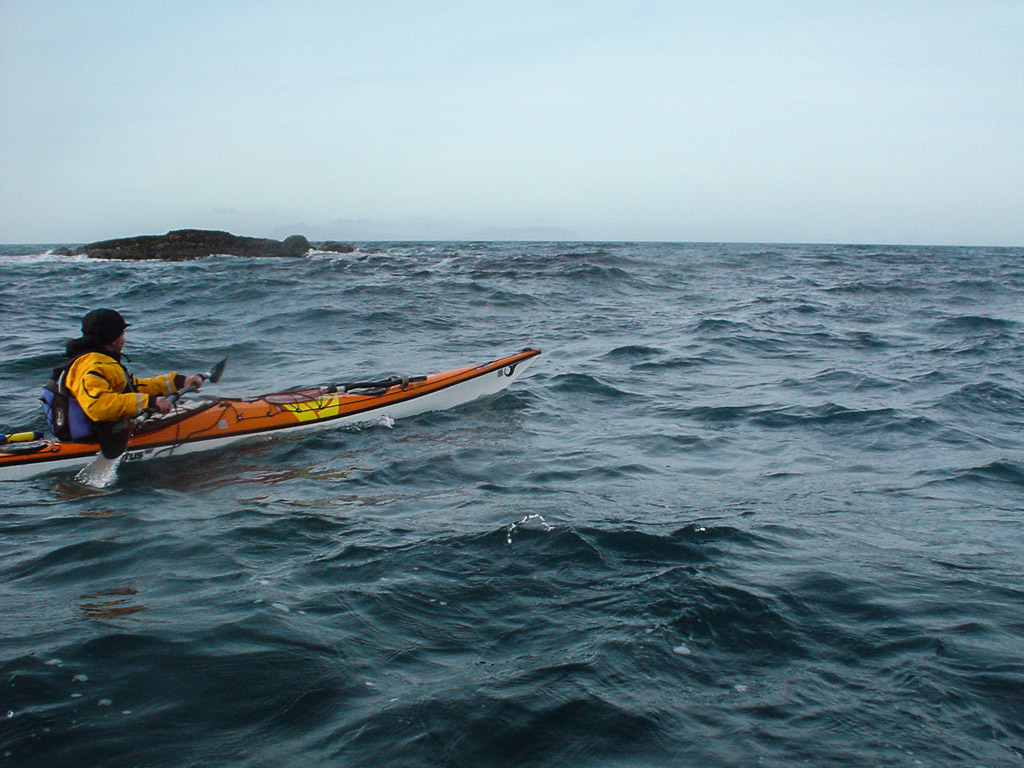 On several occasions we had to divert round particularly disturbed areas of water but as we passed the... 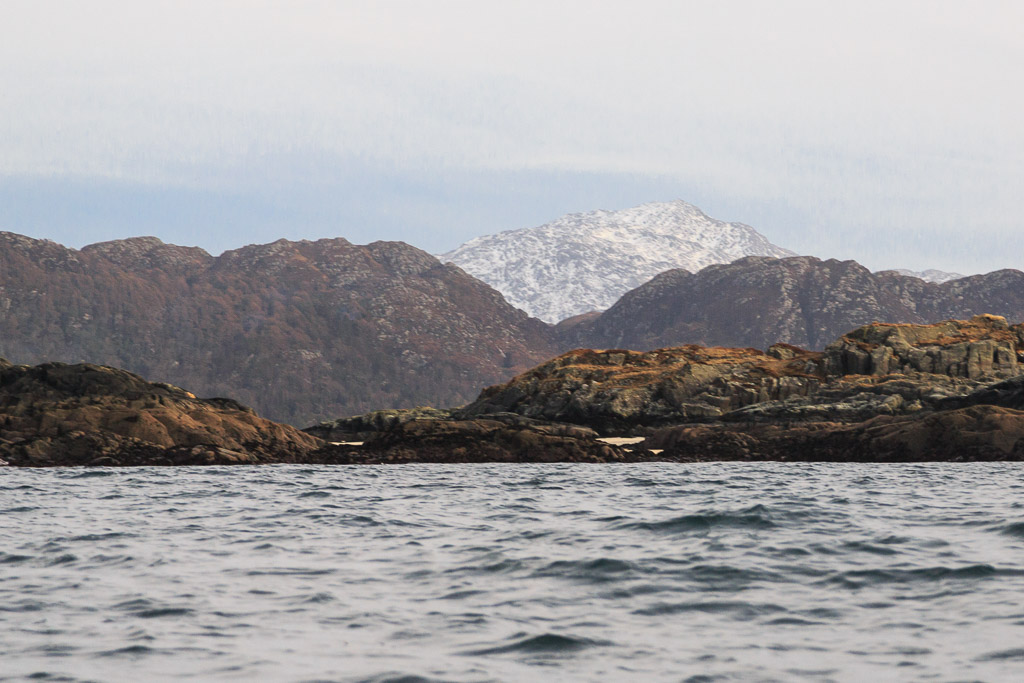 ...south entrance to Loch Moidart the conditions moderated. You can  just see the sands of Shoe Bay hiding behind the skerries. Beyond Moidart, some seventeen kilometres to the SE, the snow flecked slopes of Beinn Resipol, 845m, rose above the lands of Sunart . 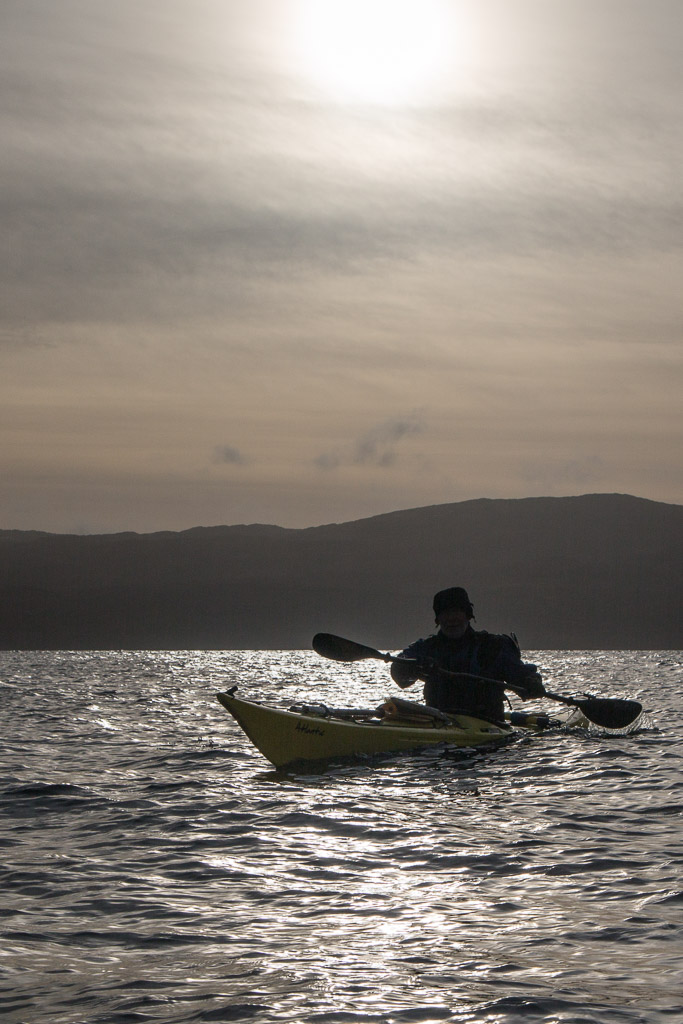 A watery sun appeared over Ardnamurchan when we were in the lee of Eilean a' Choire. I got a couple of nice photos of Allan... 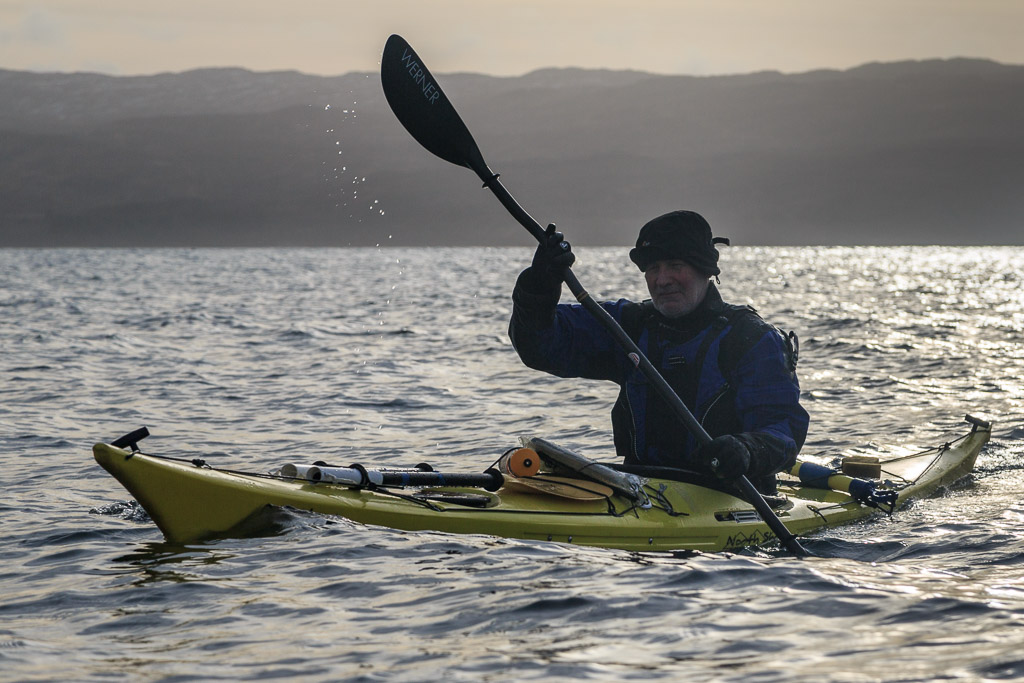 ...but I got caught out by a boomer coming over the reef and had to put my Canon 5D mk3 away very quickly. I did not have time to do my deck bag zip up before bracing and unfortunately sea water got in without me noticing. The next time I took the camera out it was dead. We stopped not long afterwards and I took the card and battery out. When I got home I sent the 5D off to Canon UK and they replaced a corroded main board for £256. I thought this was pretty reasonable. 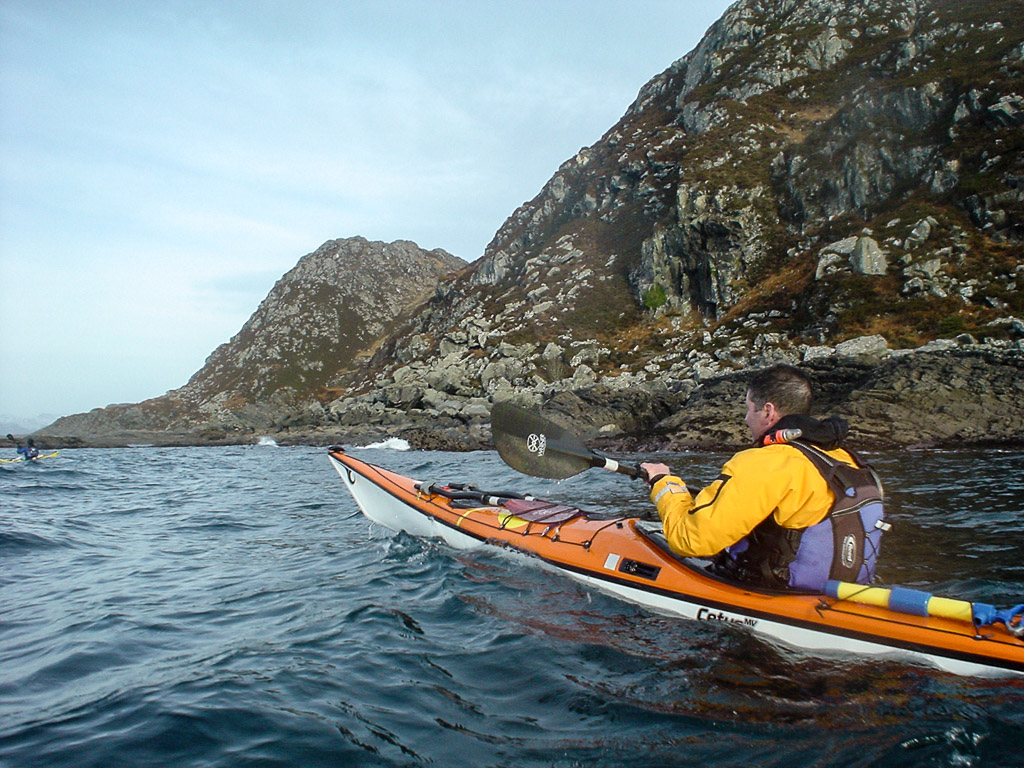 The wild west cost of Eilean Shona is always an enjoyable place to paddle especially as... 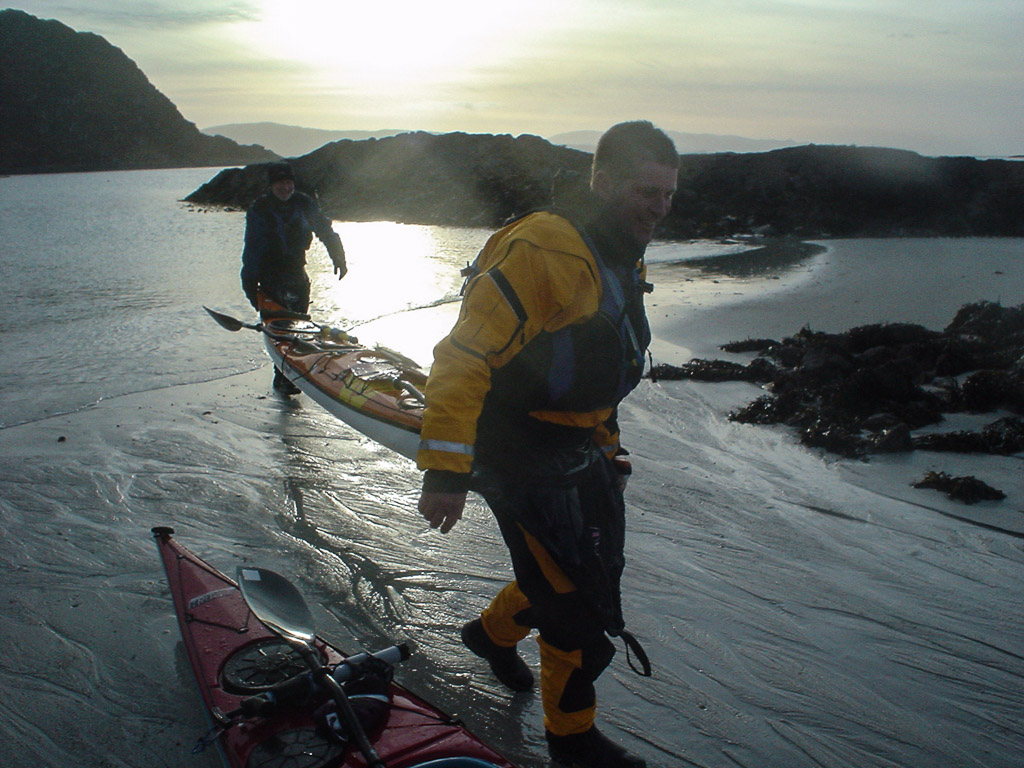 ...there is a great place to stop just beyond the North Channel of Loch Moidart. The beach at Port Achadh an Aonaich is so nice that we were not going to pass it twice in one day without stopping. 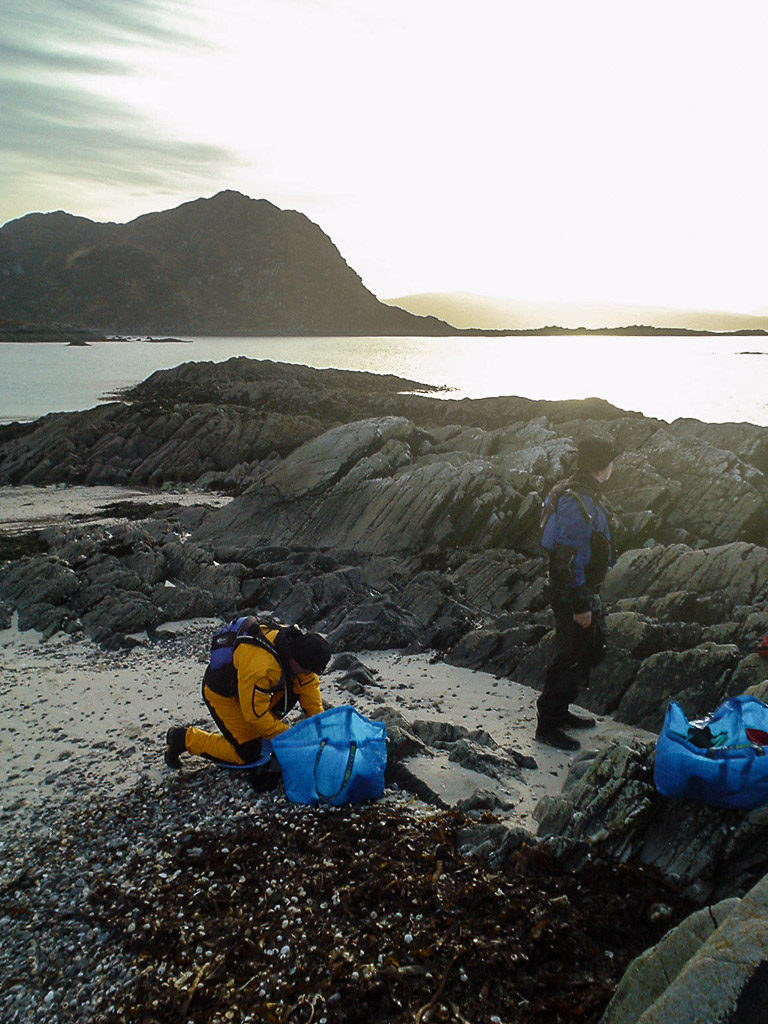 The stop at Ardtoe could not really have been described as a luncheon as no malt whisky was consumed. So... 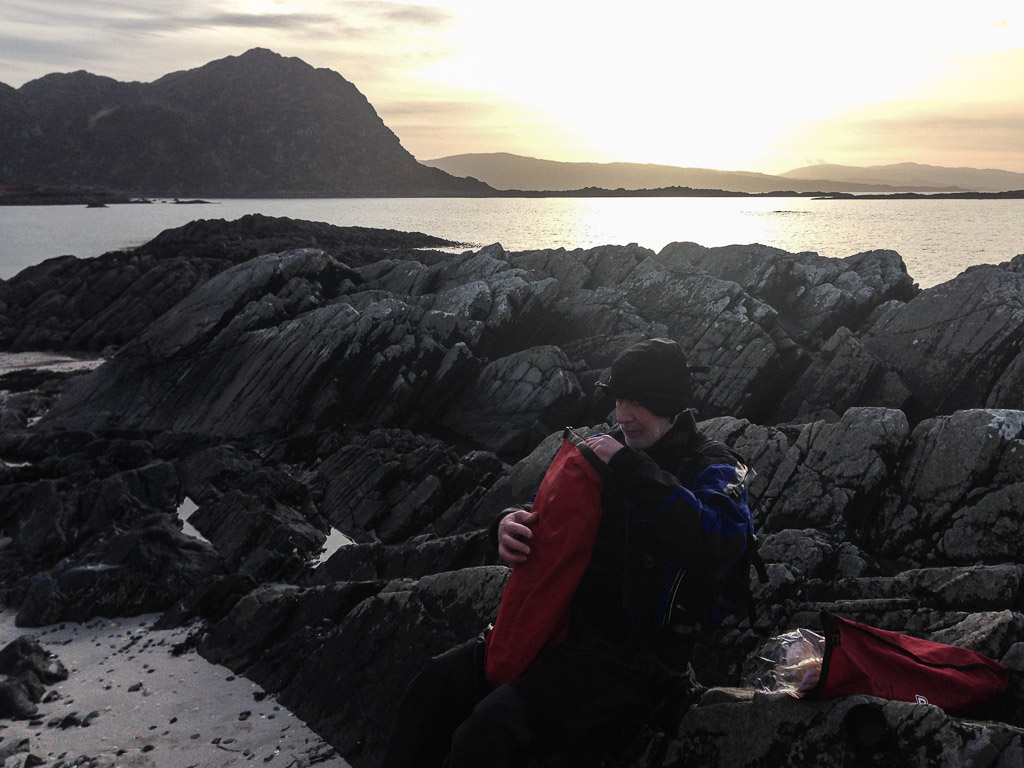 ...this was our second luncheon and Alan dug deep into his bag  to find a most excellent Highland Park! 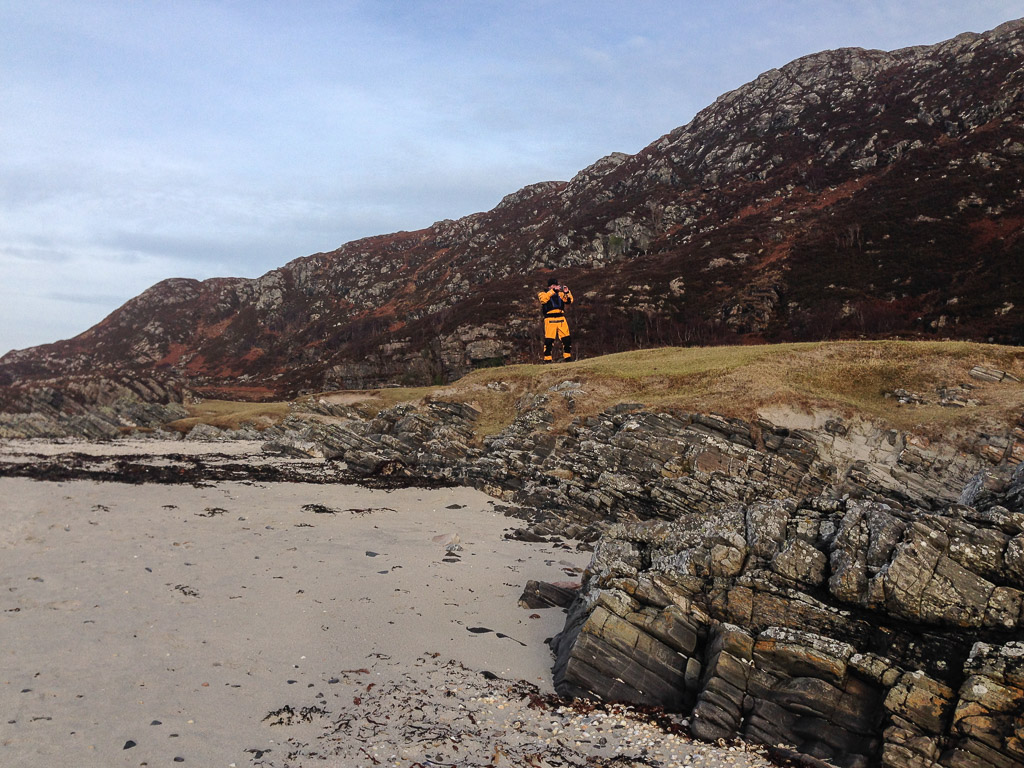 After a variety of home made soups and a dram were consumed, we stretched our legs and... 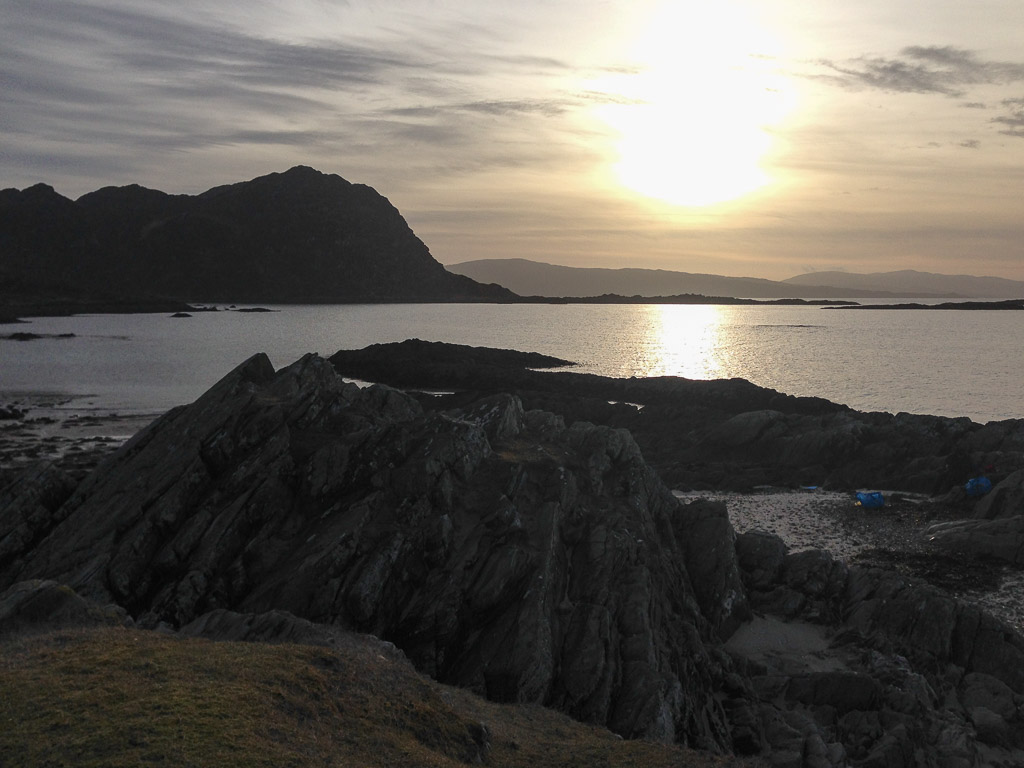 ...enjoyed the view from the machair above the beach. The low sun was now slipping quickly towards the Ardnamurchan peninsula. All too soon, it was time to go.

Posted by Douglas Wilcox at 10:23 pm No comments: