Cormorants, goats and cliffs on the Oa. We set off down the SE coast of the Mull of Oa, threading small stacks crowned by cormorants. 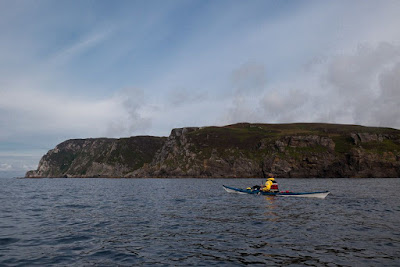 The coast is composed of increasingly bold cliffs. As we approached  Rubha nan Leacan at 09:40 (which was 40 minutes before HW Dover) the west going flood tide had already started. HW Dover is supposed to be slack water but, like many of the inshore tidal streams round Islay, it starts about 45 minutes before published times. 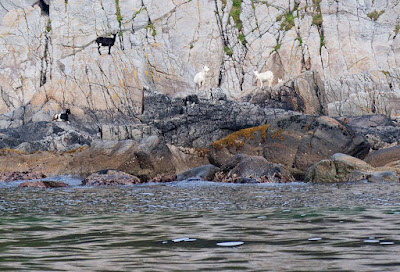 Rounding the point to the SW coast of the Oa, the cliffs fall precipitously into the sea. Despite this, they are home to several flocks of nimble feral goats. 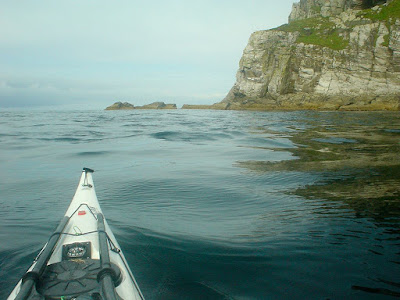 The tide was fairly zipping along as we approached the next headland at the base of Beinn Mhor, 202m. 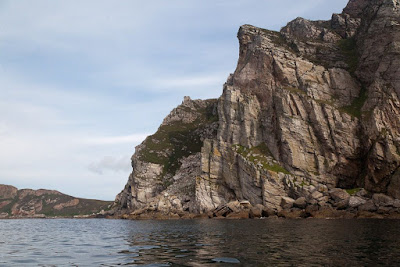 The water was bumpy till we entered the calm of an eddy beyond the headland. We were now on the remote SW coast of the Mull of Oa and with the tides building behind us, we were now committed to continuing round the next two headlands...
Posted by Douglas Wilcox at 7:00 am No comments: