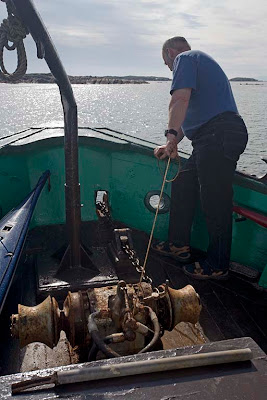 On the morning of 2nd June the day had dawned fair and Murdani, the Cuma's skipper weighed anchor for St Kilda! 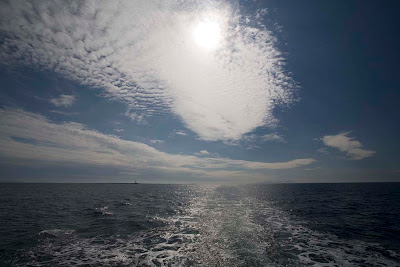 Soon the low lying dunes of the Monachs were slipping over the horizon astern and only the lighthouse marked their location. 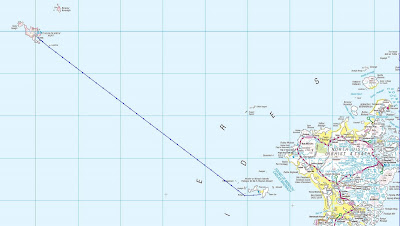 Ahead of the Cuma lay 66km of the open Atlantic Ocean before she would make landfall at St Kilda. Unlike the low lying Monach Islands we had just left, the soaring cliffs and stacks of the St Kilda archipelago form the highest and most stunning sea cliffs in the British Isles.

Even today it is one of the most difficult parts of the British Isles to reach. Although it was midsummer there was no guarantee we would get there. We knew this only too well. Almost exactly two years ago we had had to turn back. We were aboard a 70 foot converted trawler, the MV Dundarg. A force 9 storm swept in off the Atlantic, forcing us to take shelter in Loch Reasort on the west coast of Lewis. The wind was so strong, Dundarg dragged her anchor all night.

Amazingly, despite the difficulty getting there, St Kilda was inhabited for about 3,500 years, until the islanders abandoned her in the 1930's. St Kilda captures the imagination not just because of its unique location and geology but because of the indomitable human spirit of the generations of islanders that survived on her remote and windswept slopes.