Cleitean on the climb to An Lag, St Kilda. 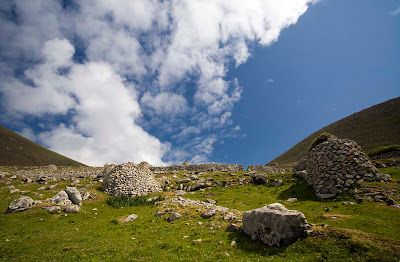 Leaving the village street on St Kilda, I proceeded up the hill towards the head wall. On the way I passed more cleitean. 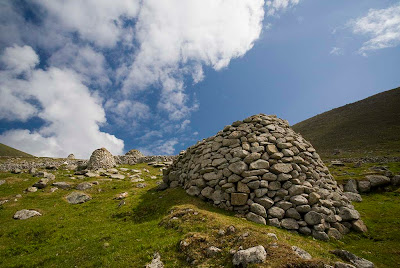 Some of them appeared to grow out of the slope of the steep ground. 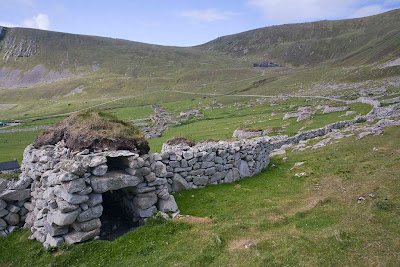 Some had two roofs of slabs forming a handy storage space well above the ground and out of reach of animals. 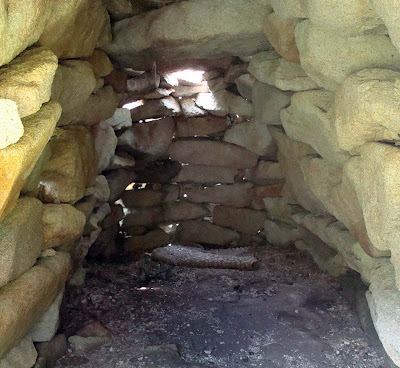 Inside they were remarkably dry. There is evidence that the survival of Soay sheep is enhanced by their use of cleitean in winter 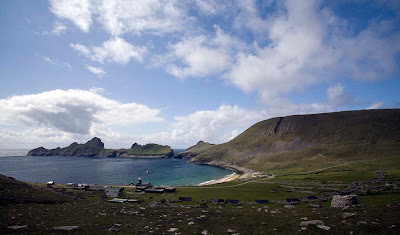 Once through the head wall of the village the ground steepened. Looking back, the view included the spread of Village Bay, with Dun behind, and the houses nestling round the crescent of its shore. MV Cuma remained at anchor but all the other tour boats had left in the face of the increasing southerly wind. 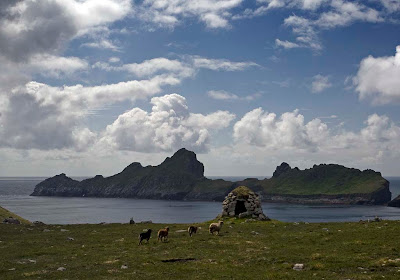 The steep ground gave way to an area of flatter ground which was not visible from below. It is called An Lag Bho 'n Tuath.