Menace hung in the windless air, even for the most daring and venturesome. 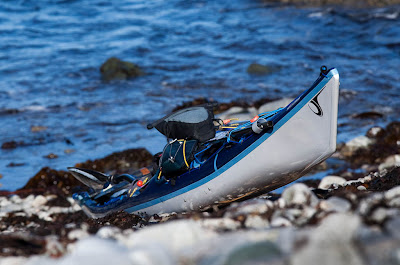 Common sense would suggest that we should have relaxed on the beach on Scarba's NW coast until near slack water in the Corryvreckan.

We were not having any of that, we wanted to see the whirlpool in action! 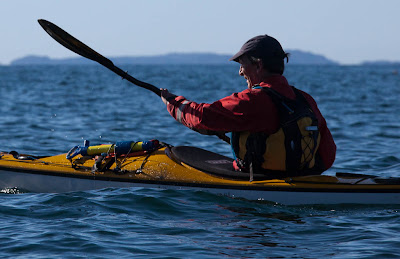 As we paddled down the west coast of Scarba, with Colonsay on the horizon, it gradually dawned on Phil that the only way back, was through the Corryvreckan! 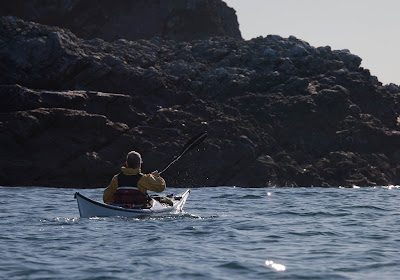 As we worked our way down the coast... 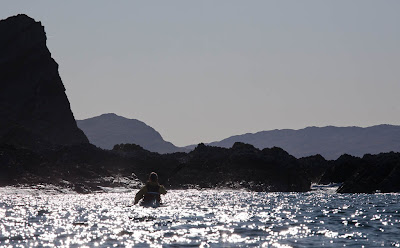 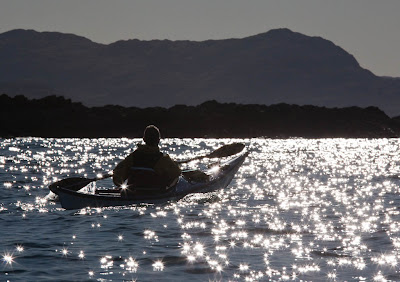 ...above the raised beaches of Scarba's wild SW corner. 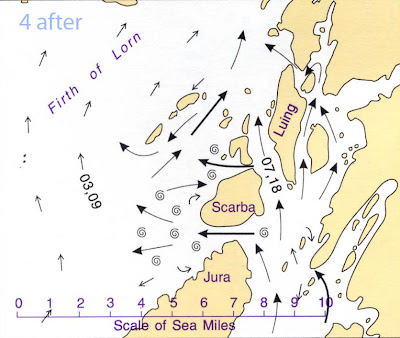 The rule of thirds does not apply to the Corryvreckan. The spring tidal flow remains at a full 18km/hr almost until slack water, which at springs only last a few minutes. This was the situation as we rounded the SW tip of Scarba with an hour and 10 minutes before slack water.

We were going to use a counter eddy along the south Scarba shore, which the Clyde Cruising Club describes thus: "There is a ribbon of comparatively smooth water within 10m of the whole of the S Scarba shore, but this passage is not recommended, even for the most daring and venturesome." 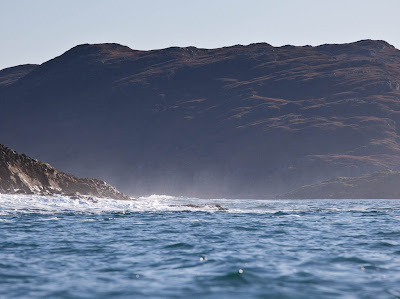 As we approached the entrance to the Corryvreckan, a fine mist hung in the windless air, which betrayed the menace of the seething currents below.
Posted by Douglas Wilcox at 10:38 pm No comments: