This dragon does not belch smoke! 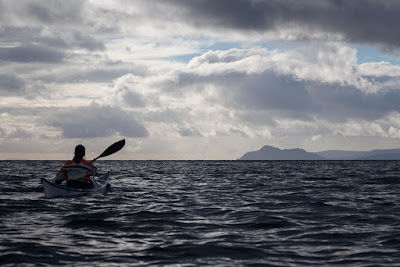 Leaving Garroch Head, we now started to cross the Sound of Bute which separates Bute from Arran. 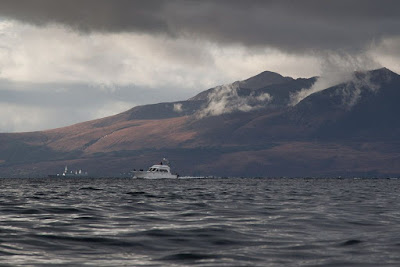 HMS Dragon seemed to be practicing holding position under the mountainous backdrop of Arran, perhaps she has geostationary capabilities. 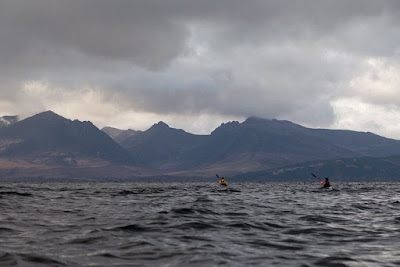 The tides off Garroch Head can create some lumpy conditions but as it was in the last hour of the flood, the water was pretty flat. 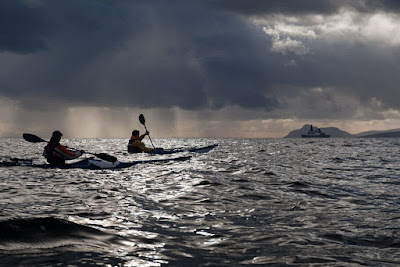 As we slowly approached HMS Dragon, we were a bit concerned in case she turned round to start speed trials over the measured mile along the north Arran coast. If she did so, she might run clean over the top of us at 30 knots or so. We wondered if her radar showed our approach. 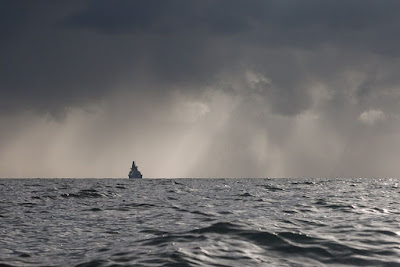 Whatever, the sight of four stealthy kayaks approaching proved too much for her and she moved off at some speed. Her departure was silent, no sirens, bosun's whistles or throbbing engines. There no great wake and no belching smoke. The only sign of the forces that propelled her across the ocean was a heat haze above her funnel.
Posted by Douglas Wilcox at 7:53 am No comments: