On the dog and bone at barking Barwhin. 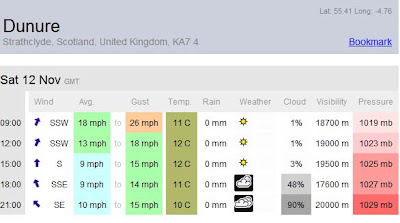 I was really keen to try the Cetus MV as soon as possible and Saturday's forecast looked ideal. The Met Office Inshore Forecast for the Firth of Clyde was for Force 5 to 7 SSW easing to F4-5. XC weather was more moderate. 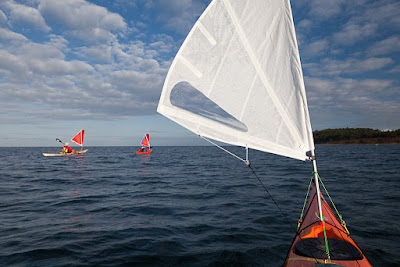 Whatever, conditions looked ideal for a downwind blast from Maidens to Ayr... 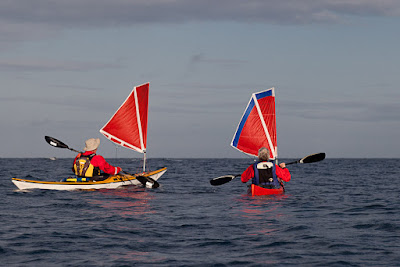 ...so Jim, Phil David and I left shuttle cars at Seafield and were on the water at Maidens by 1015. From the shelter of Maidens Bay we looked out at windier conditions beyond. 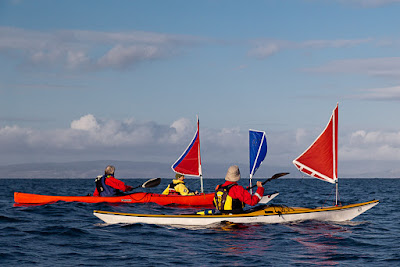 We picked up Tony at the north end of Maidens Bay. His wife had dropped him off at the south end of Culzean Country Park while she went a walk with Bob the dog. 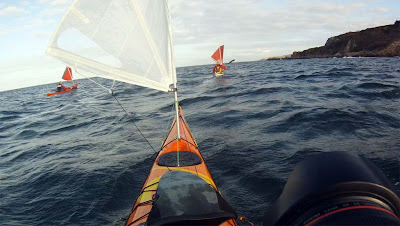 The wind increased as we approached Barwhin Point, it was just as well I put the 5D Mk2 away... 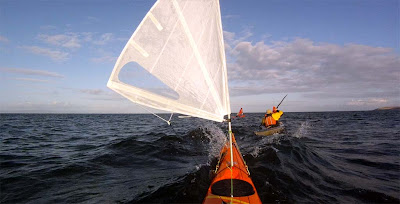 ...before we got to the Point as Jim and I braced as the waves steepened. 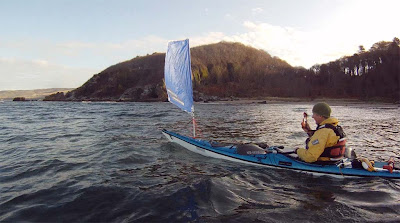 Tony got a phone call from his wife once we had rounded the Point. Bob the dog had slipped his leash and was bounding over the rocks and cliffs after us! 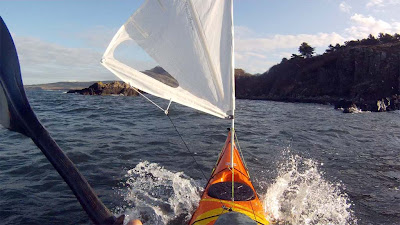 We decided to nip into Port Carrick... 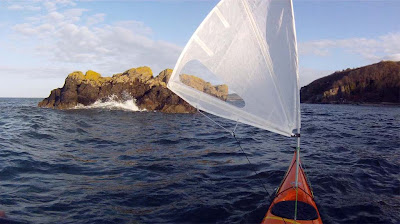 ...by taking the short cut inside Glasson rock. 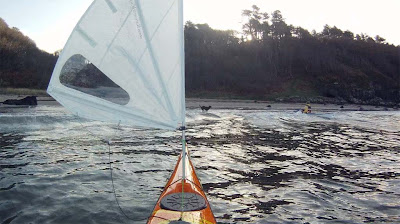 Wild barking on the beach announced the arrival... 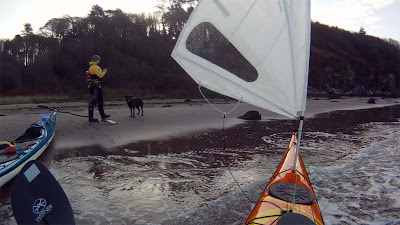