Seeing the light on Holy Island.

After lunch we set off across the south entrance of Lamlash Bay towards the Inner Light on Holy Island. The island is now owned by Buddhist monks who have built  an increasing number of meditation retreats on the south facing slope above the lighthouse. 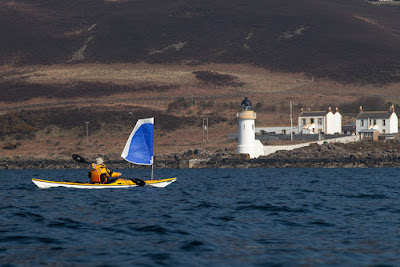 The lighthouse buildings are also used for lesser retreats and at the other end of the island they have built a commercial hotel for those that wish to experience Buddhism lite. 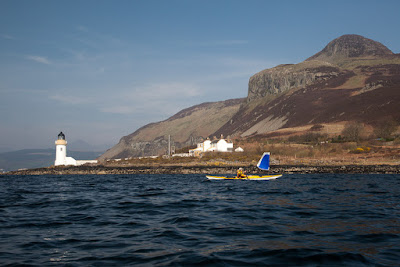 Sailing as close to the wind as possible, Mike just managed to squeeze round the south end of the island where... 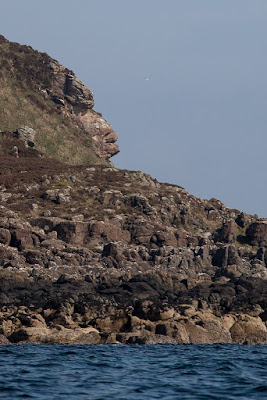 ...we passed under the stony gaze of this gorilla with its eyes fixed out to sea. It seemed lost in meditation as it somewhat ignored our passing. 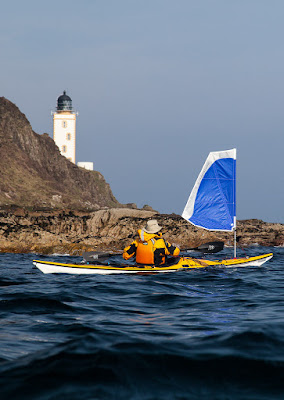 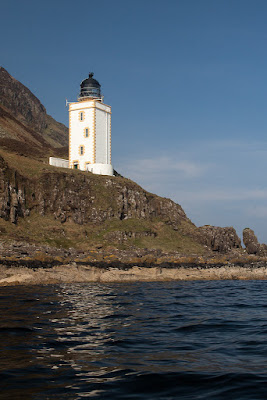 ...which is also used for meditation. 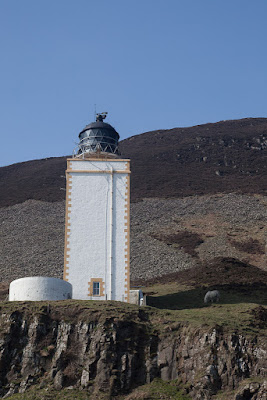 Only the wild ponies disturb the meditation of devotees who may spend several years at a time in isolation here. 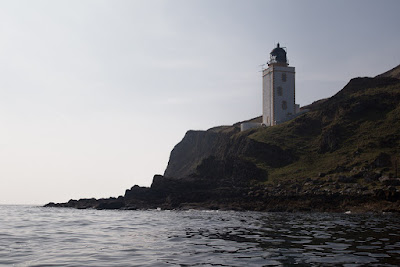 As other Scottish lighthouses such as Turnberry* are gradually being extinguished, it is good to know that some are being put to alternative use.

*The iconic Turnberry lighthouse is due to be switched off by the Northern Lighthouse Board in 2015.