Of corncrakes and cremated potatoes on the machair of Tiree. 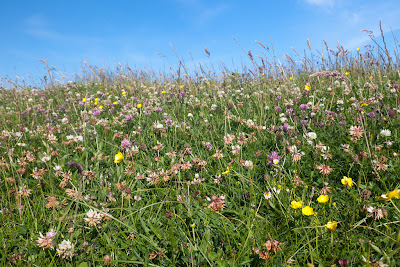 The dunes behind the beach where we had landed were covered by the sweetest smelling machair. There are no rabbits on Tiree and this part of the island is only grazed intermittently by cattle. As a result this grassland contains a profusion of  wild flowers. 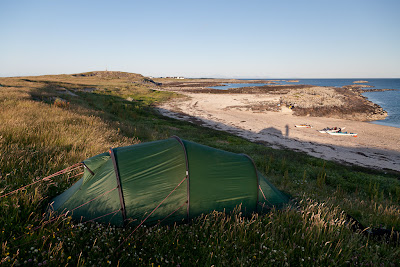 What a place to pitch a tent! 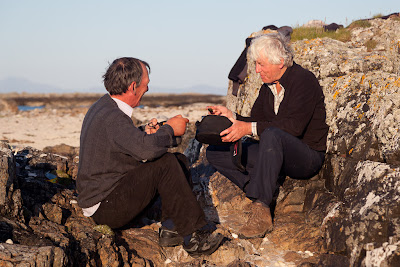 We had been paddling, breakfasting and luncheoning for 11 hours and were ready for our evening meal. 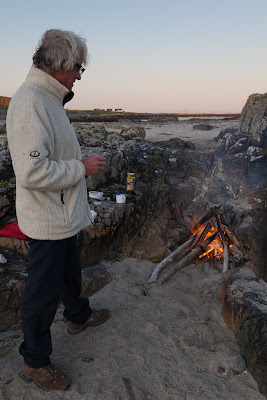 We gathered some bone dry, well seasoned wood from the high water mark and soon had the fire going. 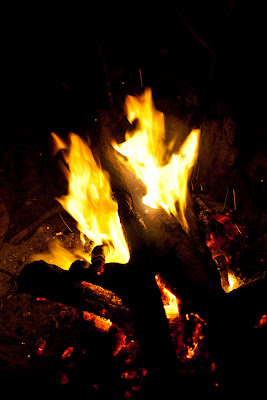 It burned long into the night with very little smoke and the Tiree breeze meant there were no midges. Unfortunately the fire burned so hot that our baked potatoes were cremated. David's cries of disappointment were drowned out by the steady rasping calls of the corncrake. This bird is almost extinct from the "corn fields" of Scotland due to modern agricultural practice. Due to traditional farming methods still being practiced and encouraged by financial support to farmers, the machair land of Tiree is now home to nearly a third of the UK population of this once common farmland bird.
Posted by Douglas Wilcox at 11:00 pm 2 comments: 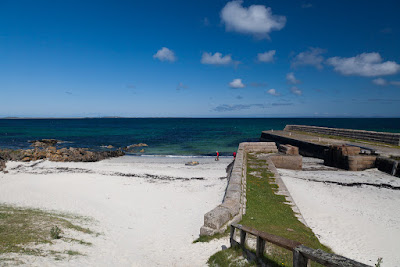 From the dry dock and pier at Hynish we looked across Hynish Bay to the distant headland of An t-Ard. There are some wild camping opportunities round Hynish Bay but there was a large Music Festival based at Crossapol and we could already hear rehearsals. Not only that, every available spot was already taken. We decided to try and find a quieter spot somewhere between An t-Ard and Scarinish. 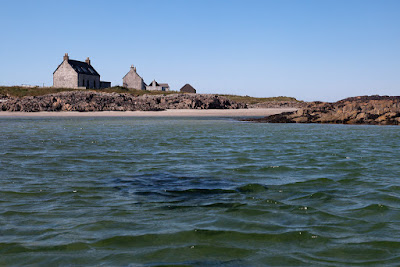 Leaving the higher ground of the south corner of Tiree we approached Mannal where the houses were again the highest points on the landscape. 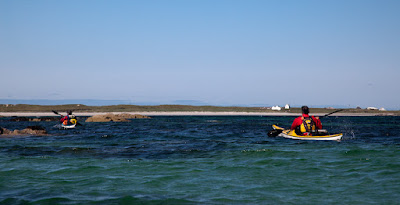 The anemometer at Tiree airport was recording an average of 17 knots of wind from the NNE so we had a long hard slog into the wind past Balemartin and... 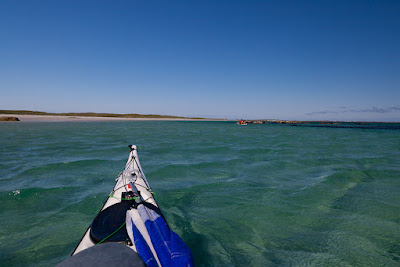 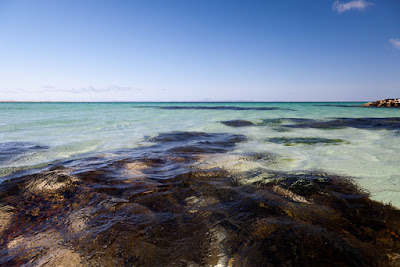 ...the clarity of the water was absolutely stunning. 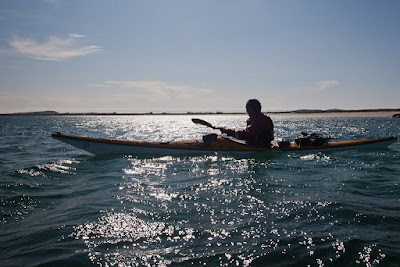 Eventually we briefly turned south again to round An t-Ard before finding... 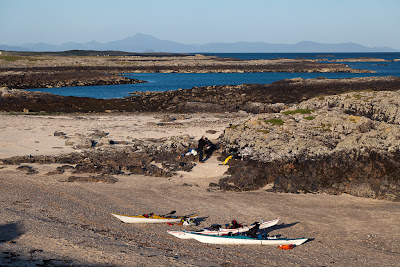 ...a break in the rocky coastline to land for a welcome break and to set up camp.
Posted by Douglas Wilcox at 8:08 am No comments: