Nightfall over Ports Ramsay and Appin. 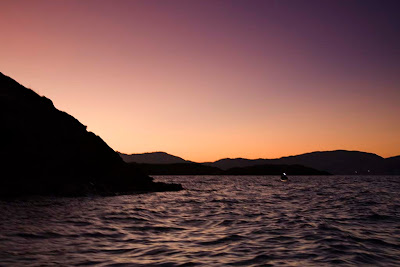 We rounded the north end of Lismore leaving the distant lights of the Glensanda quarry far behind us on the other side of Loch Linnhe. 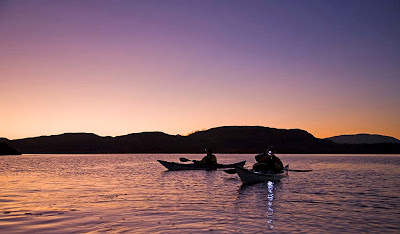 We now entered the maze of channels behind the islands which shelter Lismore's Port Ramsay from the sea. 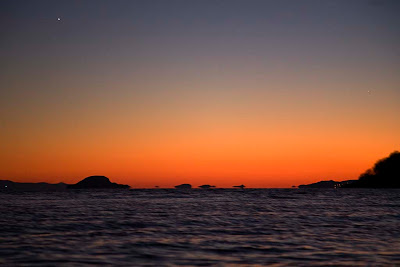 On leaving Lismore the SW horizon turned blood red below an ultramarine firmament, which was punctuated by Venus. 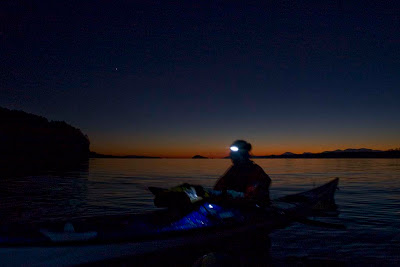 By the time we had crossed the Lynn of Lorn it was almost completely dark and the air temperature had fallen to -5C. This brought our 2008 paddling year to a conclusion. What an incredible end to a fantastic year.