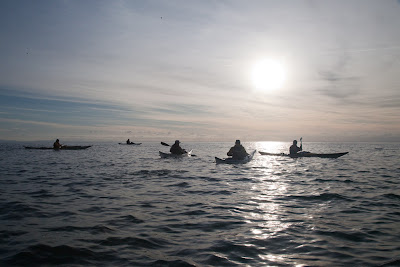 After a wet launch at Rainbow Rock, we regrouped on the water while some pumped out their cockpits, which had filled with dumping waves. 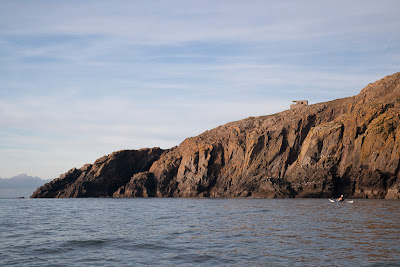 The old WW2 coastguard lookout bunker announced our arrival at Crammag Head. The rocks here are hard pink granite and have been more resistant to erosion than the softer sedimentary rocks on either side. It is a popular area for sea anglers and rock climbers. 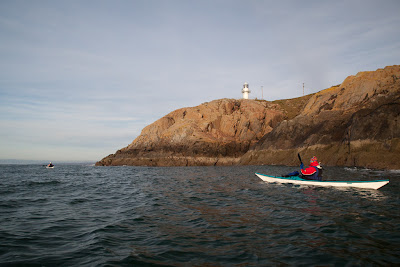 We now found ourselves under the Crammag Head Lighthouse. This was originally built by David A and Charles Stevenson in 1913. They built a simple tower without a lantern house on top. The current light is a replacement with a proper lantern and actually looks better than the utilitarian Stevenson design. It must have been installed after February 2008 when we last passed this way and saw the old light. The light flashes white every 10 seconds.

I later discovered that the new Crammag Head light was established just about the time of our trip in mid December 2009. 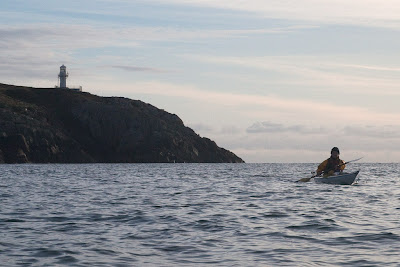 We rounded Crammag Head at 13:46, nearly an hour after the tide had turned against us. Close in to the rocks, we were not too bothered by the adverse flow. At peak tidal flow on the south going flood, a considerable race develops here, especially if it meets a prevailing SW wind. 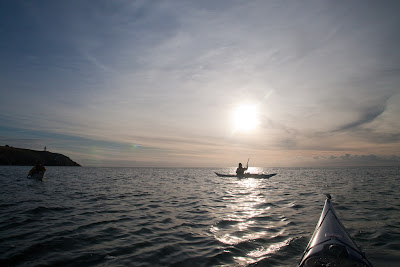 As the winter sun slowly dipped to the SW, we started the final leg of our journey to Port Logan.
Posted by Douglas Wilcox at 9:28 pm No comments: