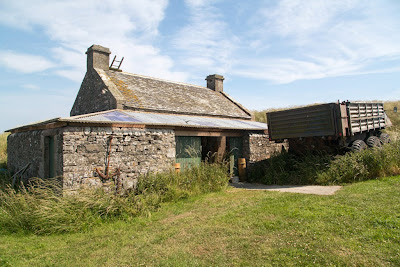 Near the west quay at the north end of Little Ross Island lies an old workshop and store. An old Alvis Stalwart 6WD amphibious vehicle was parked next to the store. We thought we would be safer crossing the Little Ross Sound and Ross Roads in our sea kayaks. 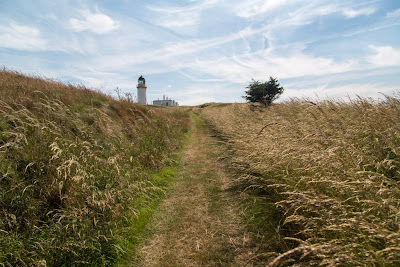 From the store a track leads up to the summit of Little Ross, which is crowned by the lighthouse. 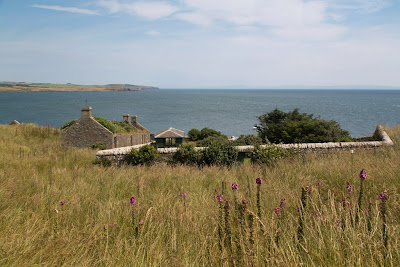 Half way up, on the east side of the track, some cottages and an old smithy are adjoined by a walled garden. The garden belonged to the principal lighthouse keeper. 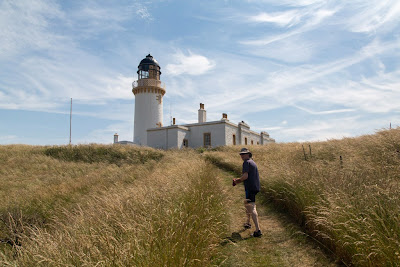 The Little Ross lighthouse was the first built by Alan Stephenson and was lit on 1/1/1843. The light flashes white every five seconds. 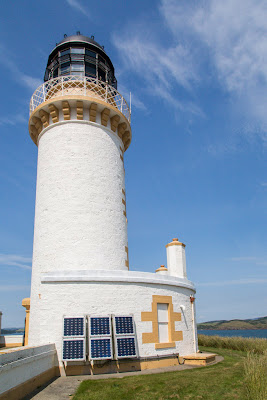 It was the first lighthouse in the world to have a catadioptric design, which meant that the beam was focussed with both lenses and mirrors. At the time the famous physicist Lord Kelvin ranked it (along with the lighthouses at Rhinns of Islay and Buchan Ness) as one of the top three lighthouses in the World. 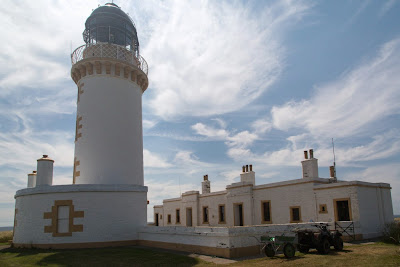 In 1960, the light was one of the very first manned lights to be automated. This was precipitated by the tragic murder of one of the keepers by his assistant. There is a moving first hand account by David Collin, one of the people who discovered the murdered man, on the Kirkcudbright community website.

Posted by Douglas Wilcox at 7:00 am 6 comments: