The gannets of Stac an Armin. 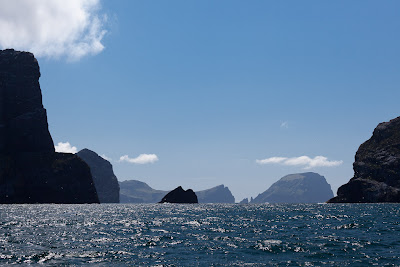 The Cuma slowed as we approached the north end of Boreray. We were silenced by this view between Boreray and Stac an Armin. Stc Lee is partly hidden by the dark cliffs of Boreray, Hitra is in the distance with Stac Soay and Stac Biorach between it and Soay, then Stac an Armin. 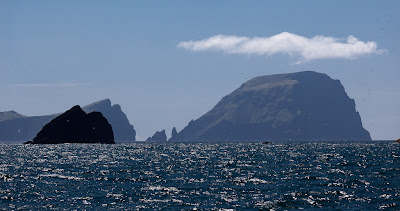 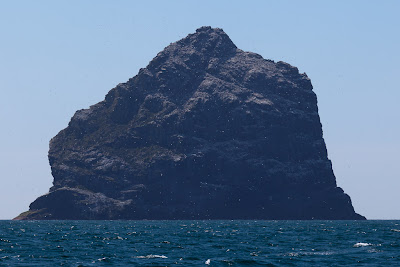 At 196m high, Stac an Armin is the highest sea stac in the British Isles. The St Kildans harvested seabird each summer. They built 80 cleits and a bothy on the rock. Three men and eight boys spent 9 months on Stac an Armin from  about 15 August 1727 until 13 May 1728 when they were rescued by a boat from the Outer Hebrides. Smallpox had broken out on Hirta after they had been dropped off and there were not enough adult survivors to man a boat to recover them. 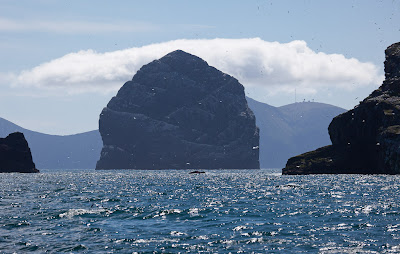 Nearby Stac Lee is the second highest stac at  172m. 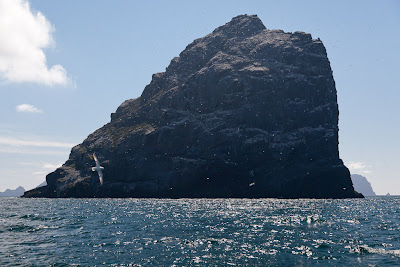 Stac an Armin from the NW. The last great auk in the British isles was killed here in July 1840. It was caught by three St Kildans and held captive for three days before they beat it to death because they thought it was a witch. 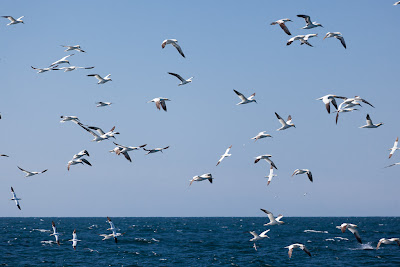 The air was filled by a blizzard of croaking gannets. These islands are one of the biggest sea bird colonies in Europe. 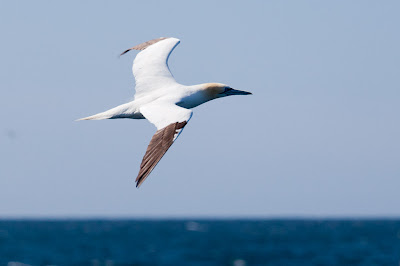 They are incredibly graceful in flight... 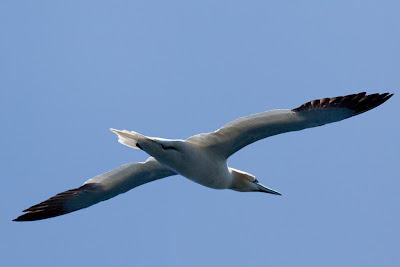 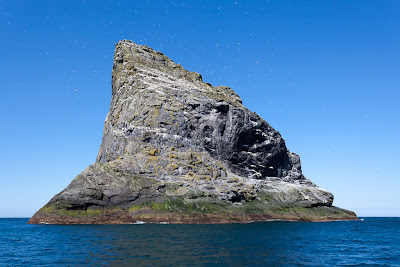 The Cuma now swung round the south of Stac an Armin. The islanders leaped ashore from their boats at the white water below the highest point. 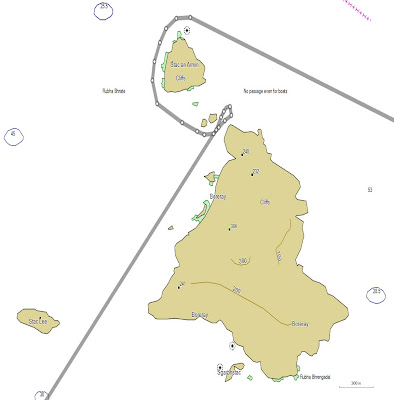 Track of the Cuma,
Posted by Douglas Wilcox at 7:00 am 1 comment: