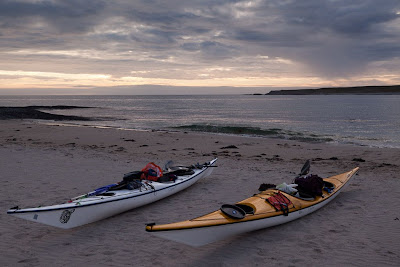 There was quite a swell running up the gravel beach below the chapel on Nave Island. I landed while Phil sat offshore. The island was overgrown with nettles and thistles so we decided to camp in a more sheltered spot on Islay with some closely cropped grass! We found the ideal spot with a white sand beach near Ardnave Point. It was protected from swell by a series of offshore reefs and Nave Island. 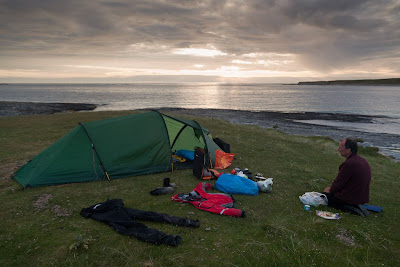 A herd of large Islay beasts had closely cropped the sward above the dunes. We set up camp and I climbed a large dune to try and get a phone signal. 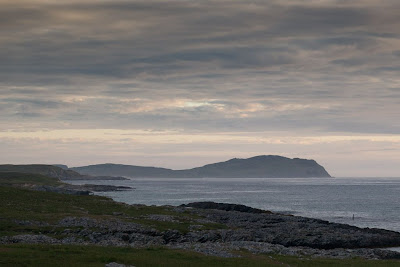 To the SW the scene was dominated by the bold headland of Ton Mor, which had been looming ever larger on our horizon. Even though it was 7km away, I could not help but notice the size of the surf at its base. Inland, rolling machair stretched away towards distant hills. A flock of red billed chough could not decide where to settle and a male hen harrier surprised some curlews. 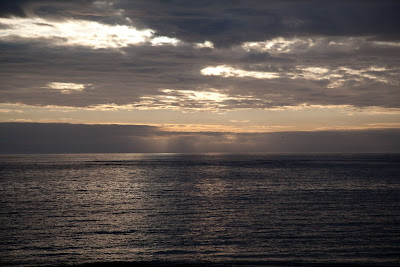 Offshore the empty Atlantic was burnished by the setting sun. 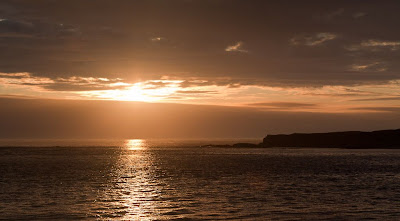 When it dipped below the low clouds, the whole scene was illuminated in a wonderful golden glow. 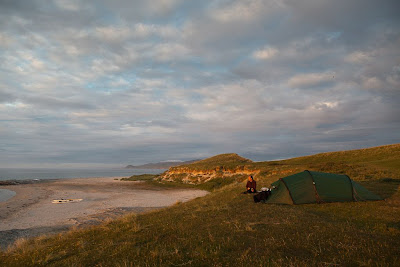 We sat in silence, transfixed by the scene before us.
Posted by Douglas Wilcox at 7:00 am 3 comments: