Not quite a Maidens morning! 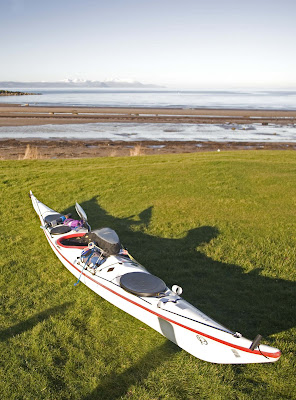 Even the mid day shadows were long in the low mid winter sun. A great forecast had raised the possibility of a far flung adventure, somewhere up the west coast. But on Saturday I slept in, after a hard week at work. So we found ourselves just down the Ayrshire coast at Maidens. 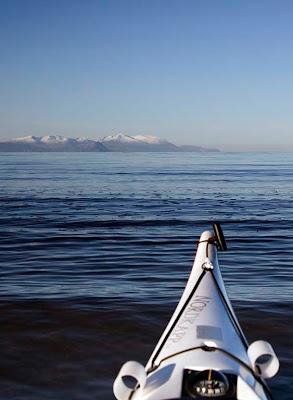 We were on the water by 1230 and I could hardly take my eyes off the beautiful snow covered ridges of Arran on the far side of the Firth of Clyde. 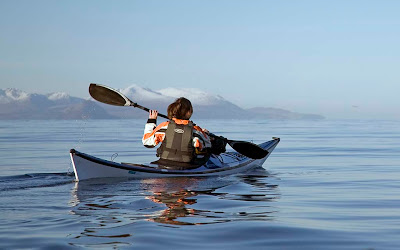 It was Jennifer's first time on the water since a serious mountain bike accident. It was a perfect reintroduction! 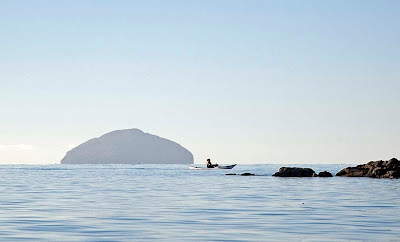 Behind us Ailsa Craig dominated the SW horizon beyond Barwhin Point and its clear silhouette held the promise of a spectacular sunset later.